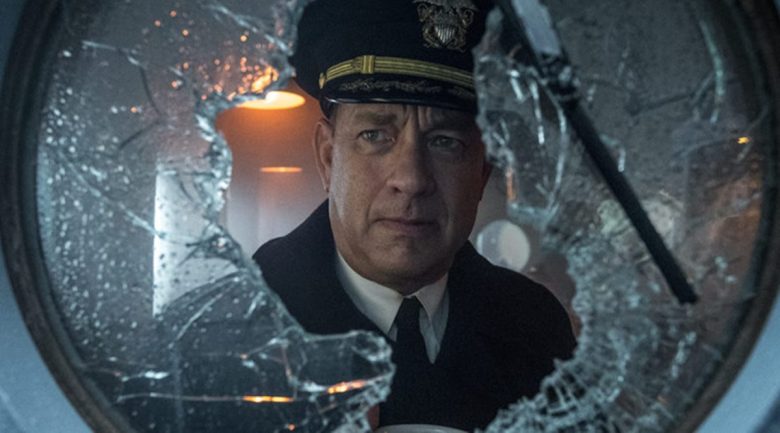 Consider This: Conversations highlight film’s award-worthy productions through panel discussions with the artists themselves. The above video is presented by Apple TV+, produced by IndieWire’s Creative Producer Leonardo Adrian Garcia, and hosted by Chris O’Falt.

From the sound of ocean waves crashing against a battleship to the noise of heavy gunfire, the sounds of war in the Apple thriller “Greyhound” are chaotic and bombastic. But that was exactly the intent by Michael Minkler, one of the World War II film’s re-recording mixers and supervising sound editors. Minkler likens his work of using so many sounds to tell a story to that of an orchestra conductor, who chooses and arranges every note to create a symphonic whole. Only in Minkler’s case, his notes are created from gunfire and other artillery.

In addition to filling out the sound spectrum with auditory storytelling, Minkler says he and his team also played with time — the filmmakers’ goal was to keep things moving for 90 minutes, which the sound team achieved with a tapestry of selected sounds that helped set the pace of the war drama. Pauses came from quiet moments of dialogue in Tom Hanks’ script.

Nearly all of the movie was shot on a soundstage, which means much of the action in the Battle of the Atlantic needed to be created from scratch using both visual effects and sound design. For his part, Minkler worked on the first sound mix in 2019 and then two others in 2020, while various visual effects teams worked on the look of the film.

While many World War II artillery isn’t functional anymore, Minkler said the sounds of them all — from five-inch guns to depth charge launchers — can be found in libraries. Using these sounds as a basis (the filmmakers wanted authenticity), Minkler and his team built a sonic world that also balanced audience entertainment and the ability for people to relate to what they’re hearing. For example, the sound of torpedoes going through the ocean won’t actually make much noise, but humans expect a “pass by,” the kind of noise one hears when a train, bus, or car speeds by.

“We sweetened it,” Minkler said. “You’ve got to relate to it, those are highly relatable sounds.”

Minkler, who was involved in production since the start of shooting, said he frequently worked with visual effects teams in a kind of symbiotic relationship. That meant that sound ideas ended up informing some of the visual effects and vice versa.

Watch IndieWire’s full conversation with Minkler in the video above. “Greyhound” is now streaming on Apple TV+.

This Article is related to: Film and tagged Apple TV Plus, Consider This Panels, greyhound