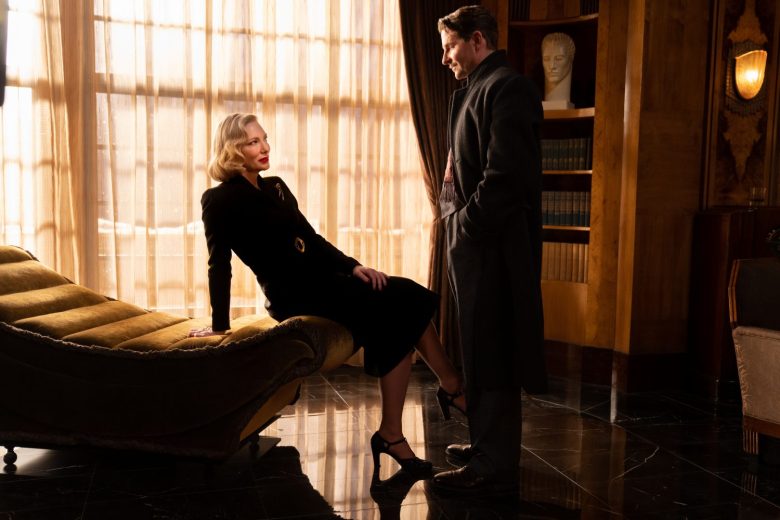 When Guillermo del Toro won two Oscars for “The Shape of Water” in 2018, the auteur best known for introspective monster movies knew that he could stay on that path. Instead, veered in another direction. “The safe choice is to go back to what I do,” he said in an interview with IndieWire. “The choice that is challenging and truthful is to go into a territory that I haven’t done.”

That was “Nightmare Alley,” del Toro’s moody, soul-searching noir about a ’30s-era carny who becomes a scheming mentalist until his deceptive ways catch up to him. Del Toro joined forces with film critic (and his now-wife) Kim Morgan to write a script based on William Lindsay Gresham’s novel, which was previously adapted into a movie starring Tyrone Power in 1947.

This time, Bradley Cooper takes on the Power role, with a brooding performance defined by profound hubris and self-destruction. It’s a far more intimate take on the material than the one del Toro first envisioned for the project in the ’90s, when he wanted to play up the carnivalesque atmosphere in a manner akin to Todd Browning’s “Freaks.” With time, that approach struck him as too shallow. “Little by little, you learn to listen to the material,” he said. With the benefit of time and experience, he added, “you are flexible enough to actually take each movie and make it a learning experience for you and in its own terms.”

Del Toro felt that the movie could function as both an homage to the golden age of film noir and a commentary on modern times. “We are now in a moment of great tension between reality and truth,” he said. “The two genres I’m attracted to that reflect their time are horror and noir. They need that surface tension to exist.”

The movie also reflects its time because of its complex production history. In March 2020, “Nightmare Alley” shut down as the pandemic took hold, with roughly 45 percent of the movie completed. The production was completed that fall. In the meantime, del Toro grappled with lockdown like many cinephiles around the world — by watching movies — though he had some unique partners in that effort: Steven Spielberg and George Miller.

The two filmmakers struck up a text message friendship as they discussed a wide array of cinema. “We would send each other an image and say, ‘What movie am I watching?’” Del Toro said. “We would start discussing the craft. How did this shot get made?” Their eclectic discussions centered on everything from the 1943 Cary Grant romance “Mr. Lucky” to Michael Curtiz’s filmography.

At one point, del Toro recognized a reference to Spielberg’s 1971 debut “Duel” in Miller’s “Mad Max,” and wrote Spielberg to let him know. He even enlightened the director to some of his own self-referential moves. “There were things that were completely geeky that even Steven didn’t know. I would say, ‘I love the homage you did to ‘Night Gallery’ on ‘Duel.’ He said ‘What homage?,'” he recalled.

As “Nightmare Alley” entered post-production, del Toro said these conversations kept his faith in the medium alive, even as the pandemic created tremendous challenges for the industry. “The Egyptians believe that a person is not a dead until they stop uttering your name,” he said. “For as long as we talk about cinema, it will continue to exist.”

Watch the full interview above.