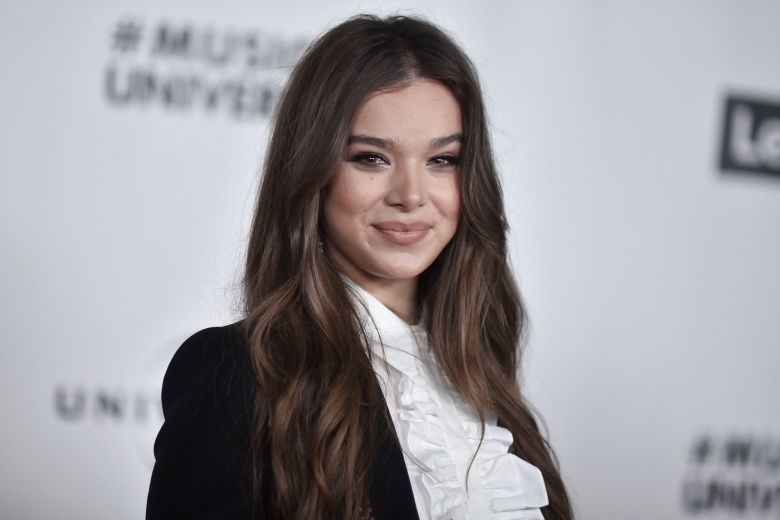 Emily Dickinson would have killed at social distancing. Of this, Hailee Steinfeld is certain.

“Part of me feels like she would just be absolutely thriving,” she said in a recent interview with IndieWire, and as the executive producer and star of Apple TV+’s luminous “Dickinson,” she would know.

The series is a highly-stylized depiction of its subject’s life, bringing modern sensibilities to the poet’s life and recontextualizing the passions and rebellion locked in the hearts of young women, no matter the era. Having already mastered the art of teenage angst in her film career, Steinfeld brings a fiery spirit to her portrayal of the poet, her first regular television role and first go-round as executive producer.

The leap to EP was an intriguing for the actress, who experienced creative collaboration in past filmed projects, but never had been so involved in decisions and conversations that would ultimately shape what the final product would be. “I’ve been a part of conversations about things that have never crossed my mind in the past,” Steinfeld said. “It’s been really eye-opening to see just how many people it takes, how many phone calls and emails are exchanged, in order to make something happen.”

“I’ve gained a whole new level of appreciation for this world, this industry, that I’m in.”

And while the leap to executive producer has been involving, the leap to TV also offered up its own distinct challenges, some of which took the Oscar-nominated actress a bit of time to adjust to, despite warnings from series creator and writer Alena Smith. “Switching directors throughout the season, every two episodes, was definitely something I had never experienced before and it took me a minute to decide if I liked it,” Steinfeld said.

“The show had so many different elements, so many different layers, these modern parallels to the time in which the show takes place,” she continued. “It was just a lot and it felt like the minute I had established a relationship with someone, had a good thing going, they were gone.”

Steinfeld was refreshingly transparent about the struggle.

“It was tough because I think I was a little, like, bitter about it at first,” she said. “One thing that was really awesome was at the very beginning, I had a conversation with Alena Smith, our writer and creator and she basically said, ‘There are going to be people that come and go, but you and I are here to stay.’ It was obviously really wonderful to hear, but the truth.”

“It was just tough because again, right when I thought I knew what I was doing, there was somebody else who came in with a new perspective and a fresh outlook and ideas, all of these things right when I thought I’d found a groove, and they were trying to switch it up,” Steinfeld continued. “I was like, ‘All right, I guess I’m just gonna go with it.’ And it really definitely challenged me.

“But I ended up actually, truthfully, really loving it.”

Not to be lost in all of this is Steinfeld’s burgeoning music career, which saw her not only release the first half of her debut album, “Half-Written Story” in May, but also meant that she was influential in choosing the soundtrack for each episode of the series, which in the first season included songs from Billie Eilish, Lizzo, Mitski, and Angel Olsen, not to mention Steinfeld’s own “Afterlife,” featured in the closing credits for the season finale.

No stranger to putting her pen to the page as a songwriter, not unlike Dickinson, Steinfeld thinks that it’s not so much that she brings her own artistry to her portrayal of the poet, but rather, the other way around. “Embodying a character, a real human, who was so fearless, so unapologetic, so truthful to herself, to her feelings and emotions, it took me a minute to realize it, but I do think there’s a part of having embodied that that crossed over into my songwriting,” she said.

Steinfeld expounds on all that and more in our video interview as featured above. Check it out and find out just how hard she had to work to try and mimic Emily Dickinson’s handwriting as it is featured in the series.

This Article is related to: Awards and tagged Apple TV Plus, Dickinson, Direct, Hailee Steinfeld, Video