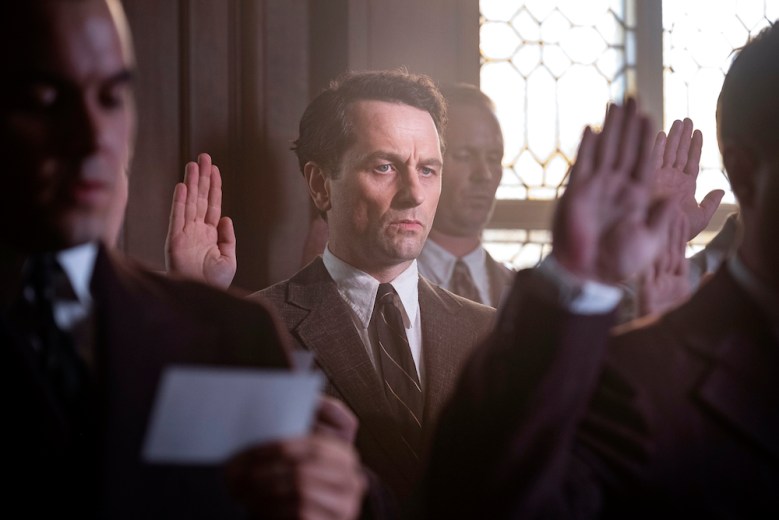 Consider This: Conversations highlight television’s award-worthy productions through panel discussions with the artists themselves. The above video is presented by HBO, produced by IndieWire’s Creative Producer Leonardo Adrian Garcia, and hosted by TV Deputy Editor and Critic Ben Travers.

Television is a uniquely collaborative medium, in that multiple artists can end up doing the same job for the same project over the span of a few years or even a few decades. So it should be no surprise to learn that three cinematographers of various HBO programming all hold ties to the network’s award-winning science fiction series “Westworld.”

Of course, there’s Paul Cameron, the Emmy-nominated director of photography who was behind the camera from the start, shooting “Westworld’s” pilot episode before returning to DP the Season 3 premiere, “Prace Domine” (as well as direct Episode 4, “The Mother of Exiles”).

“I got a push by Jonathan [Nolan] to come up with this idea of L.A. in the future, in 2050, so [we] traveled around the world to find places that might look like it,” Cameron said about the reboot outside the park that started Season 3. “It started this whole thing that reminded me of working with them in the beginning — more of a conceptualization phase. […] We tend to think of these futuristic cities like ‘Blade Runner,’ packed with neon signs and 3-D graphics. But I think for Jonathan and Lisa [Joy], they wanted to redesign the show in a way.”

Then there’s David Franco, who shot “Westworld’s” Season 1 finale before helping capture one of 2020’s most stunning series, “Perry Mason.” Franco shot the first two episodes, alongside director Tim Van Patten, establishing a new vision for the iconic character, though the story was still set in the 1930s.

“With the original [‘Perry Mason’], I didn’t even look at one episode,” Franco said of the ’50s CBS procedural. “What we were doing took nothing, visually, from that [show]. We started from scratch. Obviously, the biggest challenge was going back in the past and finding real locations to shoot in Los Angeles. That period, it was a dirty, gritty city, so we were trying to keep as much of that [as possible], given that period pieces tend to get really slick and pretty.”

Last but certainly not least is Robert MacLachlan, a longtime staple behind the camera for TV shows like “Game of Thrones” and “Ray Donovan” (both of which earned him three collective Emmy nominations), who shot four episodes of “Westworld’s” debut season before upping the ante and capturing half of HBO’s ambitious “Lovecraft Country” adaptation, including the finale.

“Each of the episodes, one of them had a little nod to ‘The Shining,’ another one to ‘Eyes Wide Shut,’ and another one to ‘Goonies’ and ‘Raiders of the Lost Ark,'” MacLachlan said. “They felt it was actually a historic, groundbreaking thing for Episode 4 because it was the first time you saw African American people doing Indiana Jones shit. […] Obviously, there was a horror element to all of it, [and] our feeling was it would be scarier the more real it is. So we tried to stay away from a lot of expressionistic lighting and keep it as natural as possible.”

Still, there’s not enough room in “Westworld” to feature all the talented cinematographers out there, and 2020 saw two noteworthy partnerships between DP and director. “The Undoing” brought together Emmy winner Susanne Bier and Oscar winner Anthony Dod Mantle (“Slumdog Millionaire”) for their first creative scripted collaboration.

“We certainly had a mutual fascination for the whodunnit; for the Hitchcockian thriller,” Mantle said. “I know Susanne well enough to know what she does best, which is scratching away at the surface of any seemingly innocent face, innocent character; scratching away until you find something that suggests something else.”

“Nicole [Kidman], particularly, did receive the brunt of this photographic approach. She’s a trooper, and she embraces [it] when she understands and she’s informed, and it doesn’t take long to do that with Nicole. […] She’s incredibly trusting to work with, and she embraces the ideas you have.”

Meanwhile, Derek Cianfrance’s first TV series “I Know This Much Is True” enlisted the talents of DP Jody Lipes, and together they shot over 600 hours of film — actual, 35mm film.

“A lot of it was about letting go and going with the flow,” Lipes said. “There were a lot of ideas that Derek presented to me that I really resisted before or felt were compromising to the final product on any other project, but I just trusted Derek so much that I really embraced it and went for it.”

“We would shoot full, 1,000-foot mags for 22-and-a-half minutes every time we rolled, and we would have no idea where the actors were gonna go, so we’d quickly reload and shoot again, and then they would be in a totally different place,” he said. “And we were twinning — not only shooting with Mark, sometimes four months apart, shooting his A-side and then coming back later to shoot his B-side, but we were also twinning with his younger self.”

“It was so out of control, in a good way, that I just had to let it go,” Lipes said.

These five cinematographers represent the dedicated behind-the-scenes craft work that helps so many HBO projects stand out from the peak TV pack. Who knows where they’ll end up next or what projects will benefit from their studious eyes, but one things is certain: We’ll be watching.

“Westworld,” “Perry Mason,” “I Know This Much Is True,” “The Undoing,” and “Lovecraft Country” are all available now via HBO Max.