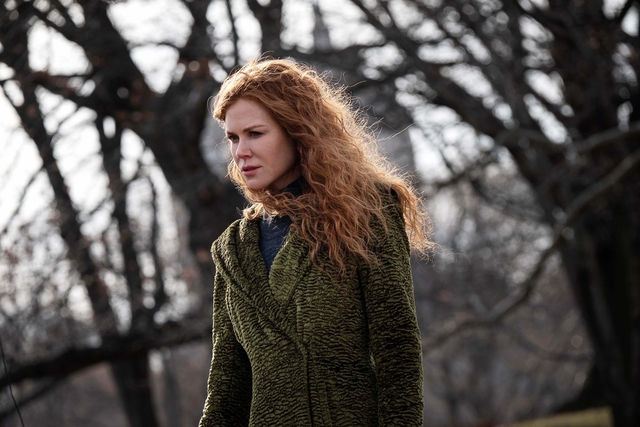 Consider This: Conversations highlight television’s award-worthy productions through panel discussions with the artists themselves. The above video is presented by HBO, produced by IndieWire’s Creative Producer Leonardo Adrian Garcia, and hosted by TV Awards Editor Libby Hill.

There are myriad ways to build a world when it comes to television and even more strategies when it comes to building out that world at every level of the collaborative creation process. When it comes to the clothing of the characters in these worlds, costume designers from recent HBO and HBO Max series employ a number of compelling strategies to get a sense of authenticity on screen.

In several cases, when working on shows with a period element, designers turned to historical record to find inspiration. Such was the case for Emma Potter, who found plenty to pour over in Dorothea Lange’s documentary photography during the Great Depression when researching the clothing for “Perry Mason,” as well as turning to the archives of the Watson Family Photographers, famous for capturing 20th Century Southern California on film.

“It’s this idea of the texture on the clothing and how much the clothing is worn and repeated. And this opportunity to really see all the different layers of life experience on each of the garments,” Potter remarked on what was gleaned from her research. “You see the wonderful mending work or you see the holes and the stains and being able to track that and carry it with you on clothing and use it as reference for your characters I find gave me another wonderful level to add to each of the looks.”

And yet it wasn’t only inspiration that could be found in the photo archives, but also source material for recreation, an equally important element for Dayna Pink while developing the costumes for “Lovecraft Country.” Pink expounded on the precision with which she hoped to capture landmark historical events, including the funeral of Emmett Till.

“I felt a real responsibility when recreating things like that. And I was really surprised in doing my research, because it wasn’t a bunch of people wearing black going to a funeral standing there. Everyone just came together and whatever they were wearing is what they were wearing when they showed up at that moment,” Pink said. “So there were a lot of lighter colors and there were just things that were unexpected to my eye of what I thought I was going to find. That’s where the photographs really helped me.”

Of course, not all planning has the benefit — or burden — of trying to represent a bygone era of fashion. In some cases, the challenge comes in creating a world that reflects our own, while still remaining a wholly fictional creation.

For Lynsey Moore, part of the development process on “I May Destroy You” came down to the vision of and collaboration with creator and star Michaela Coel. For many looks, Moore employed a precisely-crafted casual sort of coolness to reflect Arabella’s (Coel) own sense of personal style.

“Arabella is the kind of person that she makes her own rules. She does her own thing and she dresses her own way. So with that, the military boots became that kind of anti-authority vibe, anti-establishment,” Moore explained. “The boots are quite punky and that was a word that we threw around a lot. Let’s make her punky but her own version of funky. What that means now for today, not something we’ve seen before. So it was like, ‘Well, what would she do?’ Arabella would do it her way. She would wear these punky, chunky hard boots and maybe she wears a soft knit cardigan. But it’s not a feminine one. It’s one that’s a bit edgy. And it’s got a different, bold color or something that we haven’t seen before. And it was a lot of playing.”

On “The Undoing,” Signe Sejlund had a completely different challenge to undertake when it came to crafting a wardrobe for Grace Fraser, as played by Nicole Kidman, who returned to her signature Titian locks for the role. What resulted was a closet full of coats that the internet lost their mind over, but the journey there was largely one of practicality.

“You have Nicole Kidman, who is so tall, with such a beautiful silhouette and you know that she’s gonna have red, curly hair. Those two things are quite big. And then we we were shooting in winter and in New York. So because she’s always outside wandering around in in New York, of course, her coat was super important. And [Grace] uses her coats as a shield,” Sejlund said. “And because [Nicole] is so tall. I could get a full, drapey look out of her. It’s a big thing.”

But what of the future? You can turn to photos for your interpretations of the past and modify what stands before you when attempting to craft the fashions of now. But when it comes to the future, where can a person look for inspiration?

According to longtime costuming collaborator Janty Yates, turning to Ridley Scott isn’t a bad move. The pair’s most recent project, “Raised By Wolves” had them looking ahead to the future and ending up in something glorious, if slightly sweaty, for Mother and Father to wear. However, the central android couple played by Amanda Collin and Abubakar Salim weren’t always slated for a sleek latex look they ended up with.

“It was very straightforward, in actual effect, because we were going to make them in knitted chainmail. And we, of course, made one prototype just like you do and [Ridley] said, ‘No, I don’t think so.’ And it was Ridley’s idea latex. We tried it on Amanda. She looked fantastic,” Yates recounted. “Obviously, there were so many glitches in the first 10, I would imagine — we had rehearsal time. But they looked spectacular. They were full of sweat, obviously. We had to probably make one every couple of days for them, so who knows how many they made at the end of the whole series.”

Through their beautiful work and varying creative processes, these five costume designers call to mind why many people still look to HBO and HBO Max as the cream of the crop when it comes to lush and memorable costumes. It’s the place to turn for anyone wondering, “Could I pull that off?” whether its a full latex bodysuit or a busted up pair of army boots.

“Perry Mason,” “Lovecraft Country,” “I May Destroy You,” “The Undoing,” and “Raised By Wolves” are all available now via HBO Max.

This Article is related to: Awards and tagged Consider This Panels, Direct, HBO, I May Destroy You, Lovecraft Country, Perry Mason, Video