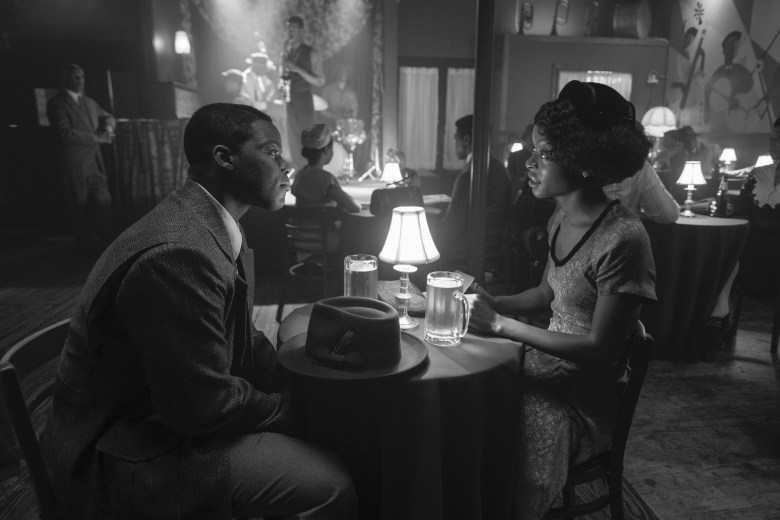 Welcome to Deep Dive, IndieWire’s new podcast and video series that takes a detailed look at an exceptional piece of filmmaking. This week we’re lifting the hood on Episode 6 of “Watchmen” — “This Extraordinary Being” — with Damon Lindelof and 10 members of his creative team. You can listen to the podcast here.

At the heart of “This Extraordinary Being,” co-written by Lindelof and Cord Jefferson, is how the ghosts of the past haunt Will Reeves (Jovan Adepo), who we discover in this episode was the small boy we saw escape the 1921 Tulsa Massacre in the pilot.

In the club scene, analyzed in the video above, June (Danielle Deadwyler) addresses the anger brewing inside of Will as a result of this trauma. Will tries hard to ignore it, but the filmmaking team uses editing, color, and sound to show how his trauma is impossible to escape.

“They are the intrusion of other traumatic memories that are buried at a deep level within Will Reeves consciousness,” said director Stephen Williams. “So when they intrude with a different kind of visual vocabulary.”

In the first part of the video, Williams, editor Anna Hauger, and supervising sound editor Brad North break down this visual and aural film language used to bring the viewer into Will’s headspace and, as Jefferson notes, make the viewer “feel like you were watching a bomb getting ready to go off.”

Both in terms of story and form, there are so many layers to “Watchmen,” so in the video above we peel back the onion, watching this same club scene a few different times to get deeper understanding, as Lindelof, cinematographer Gregory Middleton, production mixer Douglas Axtell, and re-recording mixer Joe DeAngelis bring us behind the scenes of what was involved creating the scene.

This Article is related to: Awards and tagged Deep Dive Emmy 2020, Direct, Video