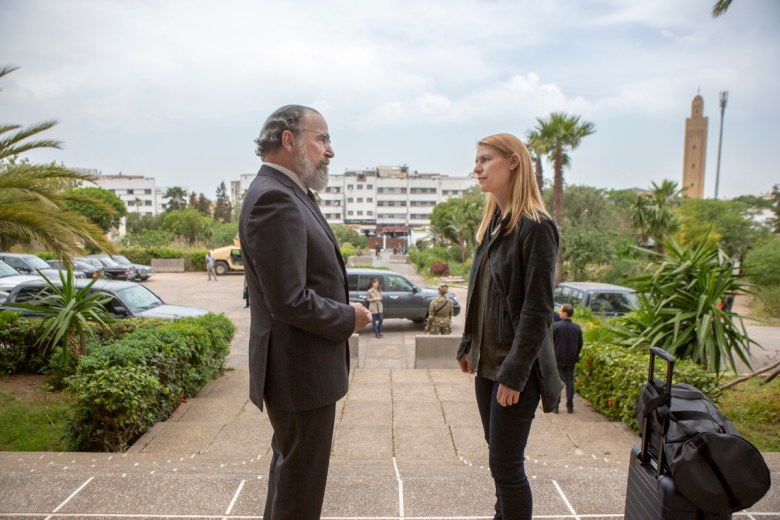 On February 9, 2020, Showtime’s hit spy thriller “Homeland” returns for its eighth and final season. Starring Emmy and Golden Globe winner Claire Danes as bipolar CIA officer Carrie Mathison and Emmy and Tony Award winner Mandy Patinkin as her mentor Saul Berenson, since its series premiere in the fall of 2011 “Homeland” has been a hit for Showtime both critically — receiving a Peabody Award in 2012, in addition to a number of Emmy and Golden Globe nominations and awards — and in terms of viewership.

In honor of the series’ legacy, Danes and Patinkin both sat down to look back and talk about creating their respective characters and how it feels to be leaving them behind after eight-plus years. From Danes realizing that playing Carrie was “going to be a lot” to Patinkin highlighting the things he learned from playing Saul, they both acknowledge just how important these characters have been to them during this time, as well as how important they’ll remain to them even after “Homeland” has officially ended.