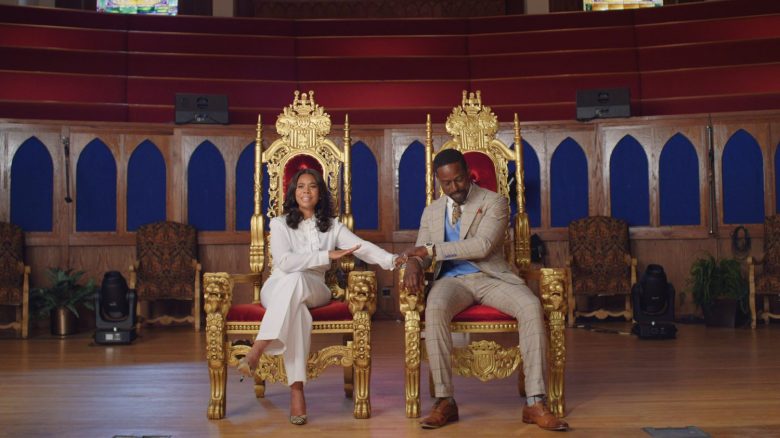 Religion is one of the touchiest subjects for filmmakers to address, yet also one of the most comically fertile. Making a good religious satire is a daunting task for anyone, but addressing the unique role that organized religion plays in the Black community is a uniquely difficult challenge. The people running today’s Black megachurches can be every bit as ridiculous as their White Evangelical counterparts, but that does not negate the Black church’s indispensable role in the civil rights movement and its continued importance in the community. That’s a delicate balance to strike, but “Honk For Jesus, Save Your Soul” succeeds at it.

Director Adamma Ebo and her sister Adanne Ebo, who produced, joined stars Regina Hall and Sterling K. Brown for a conversation with IndieWire editor-in-chief Dana Harris-Bridson as part of the IndieWire Studio presented by Adobe. The sisters spoke about how their Southern Baptist upbringing, and eventual withdrawal from the church, informed the film’s smart tone that balances satire and celebration.

“It’s because we were raised Southern Baptist in Atlanta, Georgia. And we sort of got disillusioned with organized religion early on in our lives,” Adamma Ebo said of the film’s satirical tone.” “I think we just questioned so much. And then there were incidents that were happening at our church and at other churches where we felt like the people in power weren’t being held accountable for being terrible human beings.”

That sentiment prompted them to begin working on “Honk For Jesus, Save Your Soul,” but the process of writing and making the film forced the Ebo sisters to reckon with many positive aspects of organized religion. The tension between those two sentiments allows the film to succeed where many other religious satires have failed. “Our complicated relationship with the church is where we found the tone” said Adanne Ebo. “There are things that we love about it, and there are definitely things we felt like we needed to critique about it, and so we wanted to find a tonal balance that could express that duality.”

The filmmaking duo hope that audiences will view “Honk For Jesus, Save Your Soul” in that light, feeling free to laugh at the ridiculous parts without completely writing off the Black church. “We wanted to find a balance of questioning and critiquing this institution, and still celebrating it,” Adamma Ebo said. “Because it’s so important to Black culture, but it could be doing better in a lot of ways.”

This Article is related to: Film and tagged Honk for Jesus Save Your Soul, IndieWire Studio, Regina Hall, Sterling K. Brown