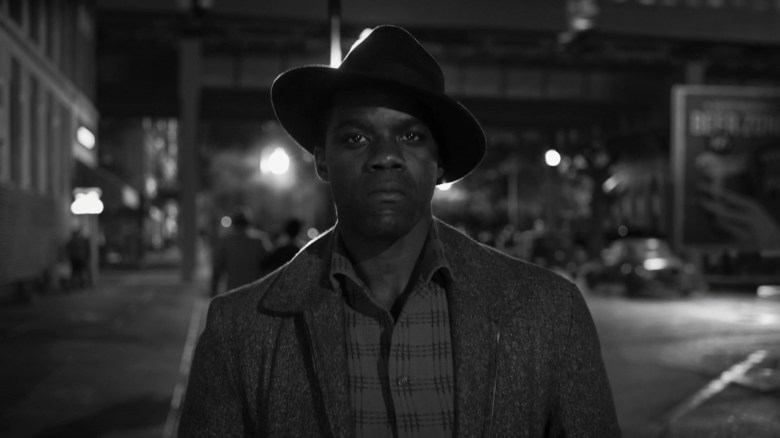 Welcome to Deep Dive, IndieWire’s new podcast and video series that takes a detailed look at an exceptional piece of filmmaking. This week we’re lifting the hood on Episode 6 of “Watchmen” — “This Extraordinary Being” — with Damon Lindelof and 10 members of his creative team. You can listen to the podcast here, and watch the first two video essays here and here.

Damon Lindelof knew he wanted his adaptation of “Watchmen” to reveal the identity of Hooded Justice to be a Black man, Will Reeves (Jovan Adepo). In piecing together that origin story — taking into account the known details from graphic novel, like Hooded Justice’s noose and hood, and that his first known appearance was preventing a sexual assault in a Harlem alley — Episode 6 co-writer Cord Jefferson pitched that Reeves’ fellow police officers would try to lynch him just moments before the alley scene where Reeves would become Hooded Justice.

“It’s an atypical origin story because he doesn’t choose to become Hooded Justice,” Lindelof said. “Hooded Justice is foisted upon him as a result of this assault.”

The success of the episode hinges on the viewer emotionally making that connection, specifically how the lynching compels Will, noose still around his neck, to walk into an alley, take on a handful of assailants, and involuntarily become the first masked vigilante superhero.

“Despite the fact that I wrote that scene and put all those elements into the script I was taken back by how much it impacted me when I watched [the lynching],” Jefferson said. “I was surprised how much that scene resonated with me, about how terrified I would be, and sick I would feel. That loneliness of being in that black bag [as] the camera goes up with Will and hearing Will struggle in there as he’s preparing himself to die this lonely violent death.”

The subject of the video essay above is an analysis of exactly how this was accomplished — how the heady ideas of Lindelof and Jefferson’s script were translated by the filmmakers into such a visceral and emotional scene. Cinematographer Gregory Middleton, editor Anna Hauger, re-recording mixer Joe DeAngelis, and supervising sound editor Brad North analyze how the camera, sound, and editing came together to allow the viewer to so intensely feel what Reeves experienced at this moment.

You’ll also hear how Lindelof, at the last minute, asked “Watchmen” composers Trent Reznor and Atticus Ross to write a big band ballad (“The Way It Used To Be”), that sounded like it was recorded in the 1940s, to replace “the perfect,” but non-licensable Doris Day song the lynching scene was originally set to; and how Hauger, North and DeAngelis fed off the composers’ incredible last-minute track to create something even more immersive.