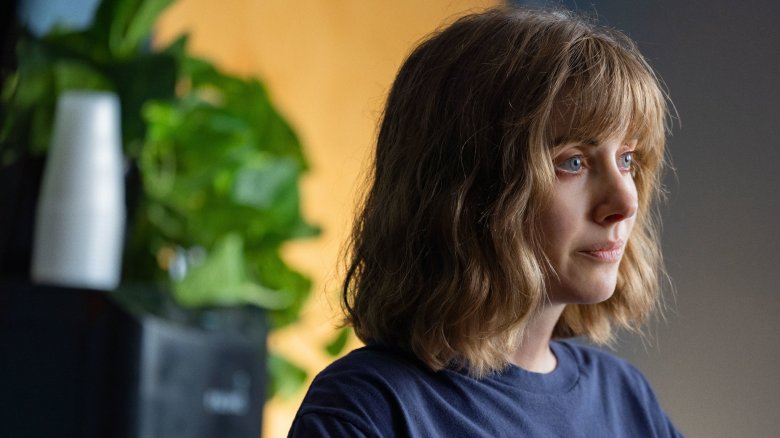 Alison Brie is well known for her comedy projects “Community” and “Glow,” but she turns in her gutsiest dramatic work yet in “Horse Girl.” The psychological drama from “Life After Beth” and “The Little Hours” writer-director Jeff Baena world premiered at the 2020 Sundance Film Festival and is now available to stream on Netflix. Brie stars in the film opposite Molly Shannon, Debby Ryan, John Reynolds, John Ortiz, and Paul Reiser.

“Horse Girl” stars Brie as a socially awkward young woman named Sarah whose reality is upended after her lucid dreams began taking shape in real life. Sarah’s family has a history of mental illness, and as the character falls deeper into disillusionment she questions whether or not she’s destined for a similar fate of mental illness. Brie co-wrote the movie’s screenplay with Baena and told IndieWire at our Sundance studio (presented by Dropbox) that the project was far more personal for her than some might expect. Brie’s family has a history of mental illness, and it was in exploring her own relationship to her family’s history that Brie unlocked the character she plays in the film.

“It is a quite personal project for me,” Brie told IndieWire of “Horse Girl.” “A lot of my character’s family history is based on my own family history and my own family’s experience with mental illness. My mother’s mother lived with paranoid schizophrenia and I grew up hearing stories about her and my mother’s childhood and just knowing that mental illness existed in my bloodline. The older I get and the more I have my own bouts of depression and struggles I become acutely aware that this [mental illness] is in my DNA. That was an interesting premise for a thriller. I can’t think of anything more terrifying than not being able to trust your own mind.”

It was also important for Baena and Brie to make a movie about mental illness without having it be a “mental illness movie.” Baena believed that assigning any genre to the film would dilute the impact of its message and its attempt to humanize mental illness.

“We didn’t set out to make a mental health movie in any way,” added Brie. “We delved deep into who this character is and we went on the adventure with her. We want the audience to feel like they’re in her shoes and empathizing with her.”

“Horse Girl” is now streaming on Netflix. Watch IndieWire’s full interview with Brie and Baena in the video above.

This Article is related to: Film and tagged Alison Brie, Horse Girl, Netflix