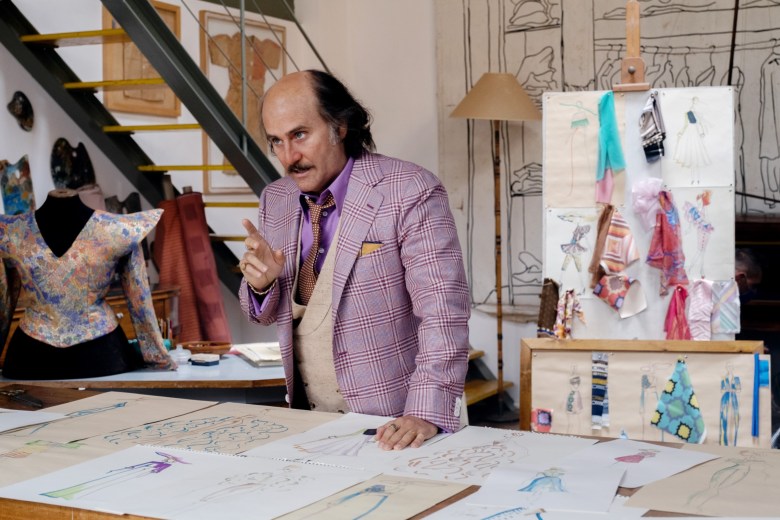 “Instinct, curiosity, and passion” fuel Jared Leto’s choice of roles. Like any other actor, he seeks a well-written part that will make him look good. Sure, Leto, who just turned 50, wants to grab attention, but there’s more to his process than meets the eye.

Here’s why his scene-stealing performance as Paolo in Ridley Scott’s broad family drama “House of Gucci” could land him his second nomination and a possible second Oscar.

Leto was sent the “House to Gucci” script to look at a different part. “When I read the script I fell for Paolo,” he said in our Zoom interview above, “not only the character that was on the page, but the character that wasn’t on the page. I saw something there we could build on. He was written as more antagonistic, a device, more of a villain. I saw opportunities for heart and humor and how we could magnify those things. The other roles there, I wouldn’t have been very good at them, to be honest. I had the experience of a lifetime with this. Not since ‘Dallas Buyers Club’ have I fallen so deep into a character.”

Leto let Scott know that he wanted to work with him years back at the 2003 Morocco Film Festival. They’d run into each other. And Scott was on the set of “Blade Runner 2049.” After asking to play Paolo instead, Leto spoke to Scott on the phone. “I basically told him I was going to go completely fucking crazy if we were going to this,” he said. “He was going to have to take the cuffs off and let the lunatic run around the asylum, in a way.”

Learn from your experience

Leto learned from being a musician with live stagecraft, having to fill in when his guitar stopped working in front of enormous arenas, and bringing surprise guest artists onstage. He also picked things up over the years from the likes of Darren Aronofsky (“Requiem for a Dream”), Oliver Stone (“Alexander”), David Fincher (“Panic Room”), Denis Villeneuve (“Blade Runner 2049”), and the late great Jean-Marc Vallee (“Dallas Buyers Club”).

“These phenomenal filmmakers teach you every time,” he said. “I’m in the right place if I’m the dumbest guy in the room, that’s great by me. I get a chance to learn.”

Leto always enjoys a challenge. “I do a lot of rock climbing,” he said. “You climb things that are intense, burly, and difficult at the time, but the fulfillment is the same as true acting. For me to commit the way I did, was slightly unreasonable and taxing and brutal and also beautiful and exciting.”

Leto loathes rehearsing, so he and Scott were a good match, as the director covers every scene with four to six cameras. “I love the accident,” said Leto. “Ridley loves it. You don’t know where [the camera] is sometimes, ‘we’re done, moving on.’ There you go! It’s exciting. I love the immediacy.”

Keep your costars on their toes

Some critics have suggested that Leto and his costar Lady Gaga are acting on their own planets. Al Pacino likes to tell the story of not recognizing Leto on his first day as Paolo on the set.

“Sometimes actors have to wait and ask permission to do something,” said Leto, who wants everyone around him to have the freedom to try new things. Pacino told Leto being surprised “woke him up and inspired him. There’s synergy when you have people who are both willing to dive for it.”

Leto arrives on the set ready for anything. “You are dancing on the edge, getting in the ring with Gaga and Jeremy Irons and Al,” he said. “I wasn’t going to show up unprepared on that set. It was an opportunity to see what I was capable of, to test myself. I also come in hyper-prepared, with ad libs and improvisations ready to go. Of course things happen in the moment. But I have a bag of goodies so there is a surprise on every take.”

Work well with others

“It’s crucial to have understanding and empathy with other actors,” said Leto. “As much as I love transformation and extreme commitment — to me it’s not extreme, it’s logical commitment — it’s important to be kind, generous, on time, and mindful and thoughtful about their process as well.”

While the other actors are playing things fairly straight, Paolo supplies a lot of the humor in “House of Gucci.” “I’m of the belief there can never be enough comedy,” said Leto. “It’s nice to make people laugh, because I’ve been making people scared or cry.”

“When I play a real person, I have an obligation to do my homework and do my best to represent and bring an impression,” he said. “But I can never be the person. In this case there was little source material. You read the books and articles and talk to family and friends and immerse yourself; there was a little bit of video of him doing an interview. He was cheeky and naughty, taking the piss, had a sense of humor, a bit wicked, a dandy. That was just enough to get off to the races.”

When he first read the script, Leto didn’t know what Paolo looked like. “I connected with his desire to do something special with his life,” he said, “to contribute to his family. I’m in a band with my brother. I want to be a meaningful member of my family, to be an artist, to be taken seriously. I connected with the frustration he felt, enough to grab a hold of and run with. I love Daniel Day Lewis, Sean Penn, those actors who show you something, surprise you in a way. To me it’s fascinating. I live to work that way. The mask is a mask. It can disguise, it can also reveal. It’s meaningless though if you don’t hug the heart the soul and the spirit. It’s nothing.”