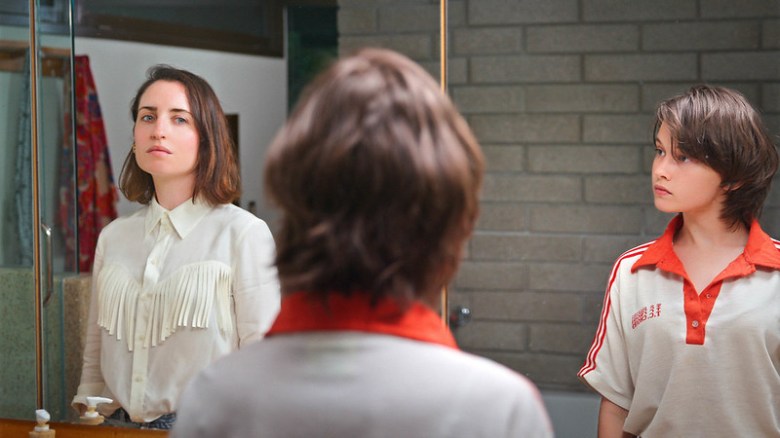 Assembling a cast that includes Olivia Wilde, Helen Hunt, Fred Armisen, Finn Wolfhard, and many, many more is an accomplishment in itself. But the stacked cast of Daryl Wein and Zoe Lister-Jones’ “How It Ends” is even more impressive when you consider the filmmaking duo pulled it off entirely during the pandemic.

“We just asked friends ‘Would you be interested in this?'” Wein recalled during an interview at the Sundance studio, presented by Adobe. “If you’re interested in starting to step outdoors in whatever fashion that may be and however energetically, we’ll meet you halfway. Some people were too afraid, some people were super excited and like ‘Where do I sign, let’s go.'”

Some of the cast weren’t quite friends of the husband-wife filmmaking team. Lister-Jones said Whitford was one of the most surprising gets; she said she texted Whitford’s wife Amy Landecker in a “shot in the dark” to see if he would be interested.

“It was always a celebration when it was a ‘yes,’ because it was such an unprecedented time to be asking people to be stepping outside their comfort zones,” Lister-Jones said. “For so many of our cast, it was their first time acting since lockdown.”

Wein compared the freeform process of making “How It Ends” to “Breaking Upwards,” his 2009 first feature and one of many collaborations with Lister-Jones. This marks the first time the couple have co-directed a film together.

“We were in that same mentality, let’s just take whatever we’re feeling, put it into this. Let’s just go and not wait for anyone to tell us ‘yes,'” he said.

Lister-Jones said it was therapeutic to have the chance to pour her creative energy into something during the pandemic.

“The things that I want to write or I want to make are ways for me to navigate pretty large, existential questions that i’m wresting with in my personal life, and this was no exception. I feel like creativity was really a lifeline, especially at this moment in history for us when all of those feelings of fear and uncertainty and despair were so loud,” she said. “I think, also, the future of filmmaking felt so uncertain that I think we were so desperate for some sense of faith amidst the bleakness. Creativity was that faith for us and showed us that we could actually go make something even though it felt incredibly daunting and there were many, many challenges.”