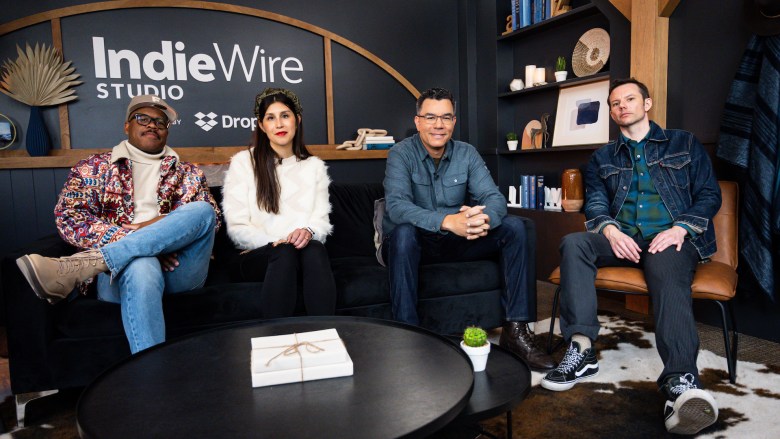 Tracking the 2021-2022 NBA season was never the plan when filming the documentary “Stephen Curry: Underrated.” The Golden State Warriors were in a downward spiral and losing streak, and producers knew dealing with the NBA and the team would be a hassle. Director Peter Nicks and Stephen Curry himself had the idea instead to focus on Curry’s goal of finally graduate college after entering the NBA draft early.

But Nicks told the IndieWire Studio at Sundance, presented by Dropbox, that he asked his team to keep an eye on the NBA season anyway. Because when it came to his last few films “The Force” and “Homeroom,” in each case, a sudden twist at the eleventh hour completely reshaped the course of the film.

Spoiler alert: the Warriors won the 2022 championship, Curry’s fourth title with the team. And he got his degree. Nicks and the “Underrated” team were there to witness it, and the film took on a new shape in Curry’s pursuit of both goals.

“Athletes talk about the game slowing down for them. It’s almost like his life, despite how busy he is and all the pressures he’s under, he’s in a different space now,” Nicks told IndieWire. “We were stepping in as documentarians really capturing a particular and special moment in his career as an athlete, his role as a husband, and his role as a father and son.”

Of curse, winning the championship wasn’t guaranteed and neither was Curry finishing his degree. Nicks explained that Curry had started and stopped classes several times to finally finish his education. This time around, knowing he had a documentary crew tracking his every move, Curry was committed to fulfilling the promise he made to his mother that he would graduate.

“I think it meant a lot to him now that he’s got kids who see him and look up to him to reflect this value back to them, that this is important to me and why,” Nicks said. “So I sensed a determination in him. I didn’t sense a hesitancy.”

In addition to the story of the season, “Stephen Curry: Underrated”compiles archival footage of how he went from a small kid in high school to an overlooked college prospect at Davidson. Above, you can watch Nicks along with producers Erick Peyton, Marissa Torres Ericson, and Sean Havey discuss some of the broader challenges of bringing Curry’s story to the screen and how they framed it around the narrative of a family and community instead of just one athlete.

“Stephen Curry: Underrated” premiered at the 2023 Sundance Film Festival. It will be released via Apple TV+ later this year.