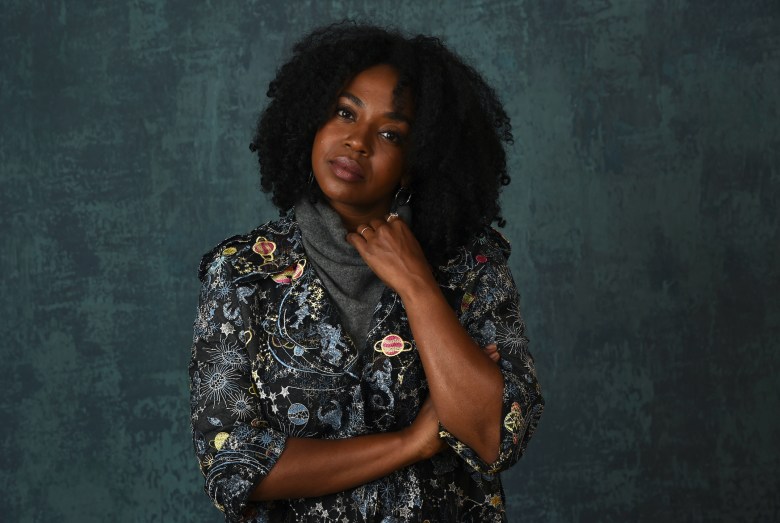 The role of Millie Morris was always going to be a challenge. As a queer, black, Catholic woman in 1977, Millie’s world was already complicated, but as an FBI agent serving just five years after the death of J. Edgar Hoover — the former director’s legacy included actively working against the Civil Rights movement and acting as an enthusiastic facilitator of the “Lavender Scare” — the young woman is forced at every turn to reconcile these warring pieces of herself.

“She does see the world in a very clear binary and the throughline within that binary, within herself, is that she wants to make a difference in the world,” actress Jerrika Hinton said. “I feel like that’s something that most people can understand and really hold onto. To me, that was one of the keys of figuring her out on the ground floor.”

This was the challenge that faced Hinton as she tackled the character for Prime Video’s “Hunters,” a pulp drama series that sees honest-to-God Nazis loosed in 1970s America. Unlike a series like “Law & Order” which breaks the action down between two separate worlds (the police and the district attorney), “Hunters” takes things a step further, giving audiences a window into the Nazis, who are planning their comeback, the roving band of vigilantes hunting said Nazis, and Morris, the white hat trying to keep pace without losing her life or her livelihood.

Millie is going through her own version of a coming-of-age story, albeit one on a world-changing scale, the actress explained. Hinton, a self-described late bloomer, could relate. But Millie’s journey isn’t about going through puberty or moving out on your own for the first time. It’s about hunting Nazis (and hunting people who hunt Nazis). It’s also about her identity, from religion, to race, to sexuality, all things that Hinton recognized upon accepting the role.

“There are things that you know in your life [that] you know intellectually — that, and my own personal politics — I have to choose whether or not to allow them to affect how I’m building a character,” she said of the challenge of playing an officer of the law in this modern era. (This interview took place in early May, well before the death of George Floyd and widespread protests.)

“Even what we know present day about abuses of power within the within the legal system, within justice system, even back then, for a black woman to decide to go work for the bureau after the Civil Rights movement — she’s a certain kind of person,” she continued. “These are the details that that are, to me, integral in terms of putting her together, understanding her reasoning, why she’s doing what she’s doing.”

“I chose to let it inform, for lack of a better phrase, the Pollyanna point of view that she has. Really wanting to make a difference, really feeling like she can help be the change, and she can change things from the inside,” Hinton said of Millie. “And you gotta work within the system to be able to change the system. She’s absolutely one of those people.”

“There’s also a really interesting conversation to be had about the pantheon of people of color in law enforcement on TV. It’s a very easy way to have have the noble black person, you know, quote, unquote. And that — for lack of a better word — propaganda is something that I think is worth talking about and worth exploring and worth dismantling, in many ways. There are so many conversations to be had about that.”