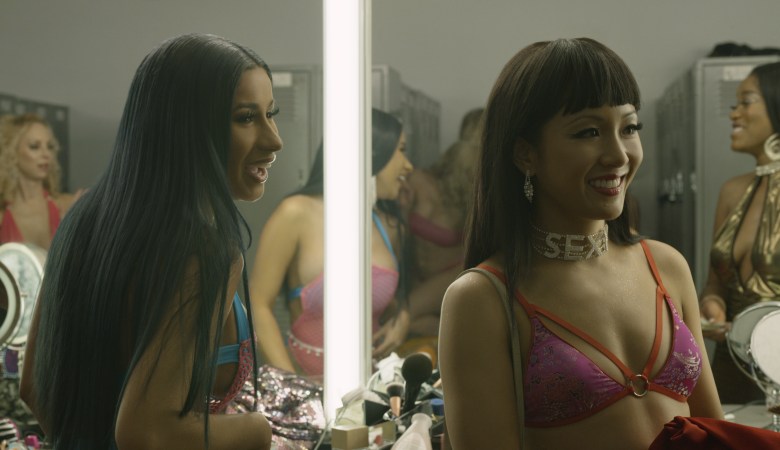 Over the weekend, “Hustlers” broke the $80 million mark at the box office, reaching second place on IndieWire’s running list of highest grossing indie films of 2019 after less than a month in release. The movie has been celebrated as a triumph for women taking charge both behind the camera and in front of it; it was written and directed by Lorene Scafaria and executive produced by star Jennifer Lopez. The true story of a group of dancers who drug and steal from clients surprised everyone by delving into sisterhood, class, sexual politics, and the American dream.

While “Hustlers” killed at the box office, critics also went wild for the entertaining crime thriller, calling it a masterpiece and drumming up considerable awards buzz for Lopez. But there’s one group we’ve yet to hear from: Strippers. IndieWire sat down with three of New York City’s finest to hear their thoughts on the movie.

“The dressing room scenes are so accurate, it’s so much laughter, so much joy, really us goofing around together,” said Kit Carson, a dancer and writer based in New York. “I liked it because it made me laugh. And a lot of other stripper movies like ‘Showgirls’ show strippers as this sad, wandering soul, or abandoned by their families, whereas as ‘Hustlers’ gave the entertaining light to things.”

“Hustlers” stars Constance Wu as newbie stripper Destiny, who is taken under the wing by old-timer Ramona (Lopez). When business starts to suffer after the 2008 recession, the duo take matters into their own hands, recruiting a ring of girls into their dangerous scheme. At that point, Carson points out, the group has transitioned to escorting, which “Hustlers” seems reluctant to recognize.

“Stripping is sex work, because you’re grinding on dudes’ dicks. They just skirted around the whole topic of fucking for money,” she added. “Except for when they depicted some of the girls giving extras, and kinda demonized them.”

While all the women celebrate the diversity of bodies onscreen — rising star Lizzo has a fun supporting role in the film — they agree it was not a realistic portrayal of a high end club. “Even when I was at my youngest and thinnest, I couldn’t even get into the door,” said The Incredible Edible Akynos, a burlesque dancer and stripper who founded the Black Sex Worker Collective.

Check out the video above for more of their thoughts.

This Article is related to: Film and tagged Direct, Hustlers