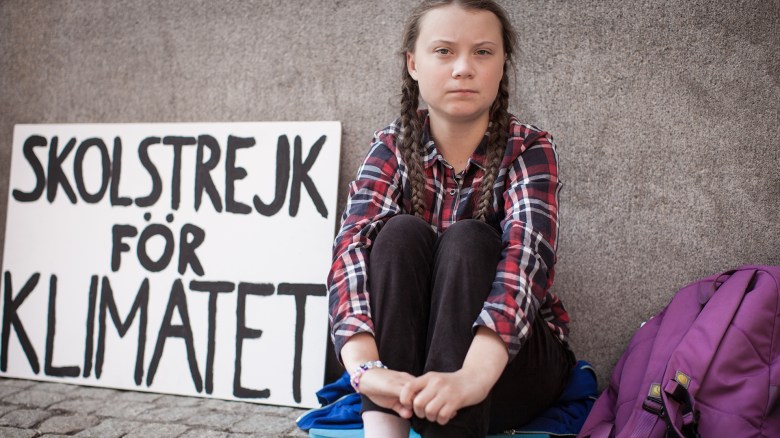 In 2018, filmmaker Nathan Grossman got a tip from a friend about a teenage girl who was planning to stage a protest outside the Swedish parliament building to demand the government’s action regarding climate change. The young activist was Greta Thunberg, now a world-famous figure that inspired a generation to raise their voices in defense of their future.

Grossman did some research and found an article about her on a conservative newspaper, which was enough to spark his interest. What he thought would be a couple days of shooting turned into a larger adventure, and it all began with this small demonstration. The result is his debut feature documentary “I Am Greta.” According to the director, one of Thunberg’s greatest strengths, and a reason why her message has reached so many across the globe, is being direct and succinct about the issues.

“She has this ability to hit the core of something, which comes from maybe not being so interested in all the chitchatting around an issue. That has been a very large part of her way of communicating this, that she has just gone through some of these key facts and key figures and, and repeated them, and stayed true to them. Sometimes when it comes to the specific issue of climate change, maybe in all this fluffy context we sometimes have missed the core issues of it that we know: we don’t have much time, not much is happening. So I think sometimes her simplicity in that way has been very important,” said the filmmaker during a Q&A as part of the International Documentary Association’s annual screening series.

Grossman also doubled as his own cinematographer, a decision that initially responded to the financial limitations of the project, but soon became one of its most valuable narrative attributes. “We didn’t have much budget and I also felt that to not stop her activism and not intrude on it, It was easier if I didn’t bring a big team, so starting to shoot her I was very close to her physically, because that’s the thing as a cinematographer, you’re always a little bit closer than the director,” he added. Watch the video of Grossman’s interview with TV Editor Kristen Lopez above.

As her prominence grew, external voices tried to frame her and her work in a way that wasn’t entirely truthful to how she feels. The media intellectualized her persona, but with the film Grossman aimed to refute that and show the young person behind the speeches and fearless activism. “I formed this idea of telling the story from her point of view and really kind of tried to make a story where the viewer would spend one and a half hours inside her head,” he noted.

In addition to juxtaposing the demands of her globe-trotting, public life with moments that showed her as a regular teenager, such as her banter with her father, Grossman knew it was crucial to positively highlight the fact that Thunberg has Asperger’s syndrome. This part is crucial especially because her critics repeatedly use it to disqualify her efforts.

“I had an obligation to include that and to really help the viewer understand what that meant for her, because we need to remember that any diagnosis—and I think that’s what some of both her critics and [those who see her as an idol] have forgotten—Asperger’s syndrome or autism is different for every person. It’s so easy that we just make it like a simplified umbrella for everyone that has that specific diagnosis, but of course that’s not the truth. And this movie shows how she interprets her diagnosis.”

Upon the film’s release in Sweden, Grossman worried that the local reception would lean negatively, but he was surprised at the interest audiences had in seeing Thunberg as a person beyond the headlines.

“I thought it would not be very good because here we’ve covered her so heavily, but people were so surprised and so fascinated by those sides of her and that more personal teenage side of her. I’m very happy that people got to know that because I think it humanizes her. That’s something we need to do, not just with her, but actually with lots of people in the public sphere,” added Grossman.

This Article is related to: Film and tagged Greta Thunberg, Hulu, I Am Greta, Nathan Grossman