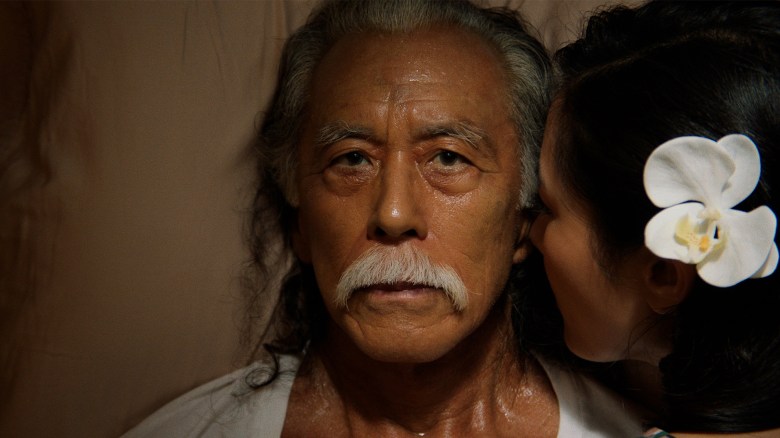 Christopher Makoto Yogi’s journey to Sundance with “I Was a Simple Man” has been a long time coming. As the filmmaker revealed at IndieWire’s Sundance Studio, presented by Adobe, he finished the script for the Hawaiian family drama in 2014 and by the next year he was attending the Sundance screenwriting lab to develop the project further. Now the Honolulu-born director arrives at Sundance 2021 for the film’s virtual world premiere, and he’s well aware the film is debuting at a time when the industry is more receptive to his personal story.

“A film with an entire Asian American Pacific Islander cast, centered on an older Asian American character, it’s not the sexiest sell,” Yogi said. “Especially at the time in 2015 or 2016, folks would straight up tell me that nobody wants to watch this. They were blunt about it, saying nobody wants to watch a full Asian American Pacific Islander cast. It was funny how that quickly changed a couple years back. Now those same people were telling me they want to diversify their slate. It’s pretty cynical and eye opening.”

“I Was a Simple Man” centers on a family in Hawaii as they prepare for the imminent death of their eldest. The storyline forces the different generations to collide, and this plot device allowed Yogi to pack in his own observations on the ever-changing nature of his home state.

“I no longer live in Hawaii full time, and every time I go back it feels different,” Yogi said. “When I go back, I find myself being nostalgic for the Hawaii of my youth and the Hawaii I felt growing up. Capturing those transitions of Hawaii, and capturing them in a way that is personal to me and feels very lived in and honest to my experience, is the goal of my film and it’s been the goal of my work for a decade now. It’s about offering a different perspective of Hawaii from the perspective you might get from network television or something like that.”

When asked which filmmakers have inspired his work, Yogi evoked the styles of Apichatpong Weerasethakul, Yasujirō Ozu, Hou Hsiao-Hsien, and the directors of the Taiwanese New Wave. Why? It’s all about creating an atmosphere that is specific to the setting.

“[Ozu and Weerasethakul] are heroes of mine,” Yogi said. “Hou Hsiao-Hsien was another big influence on me when I was first introduced to cinema. He was the first to blow my mind. The artfulness…you can make things that feel very homegrown, all of those filmmakers are telling stories that are very specific to a certain place. It’s almost like the land itself is imbuing the stories with magic. That has always been the inspiration, to tell stories that are tied very specifically to a place. I love films that are meditative and dreamlike, this film is inspired by all of them.”

Watch Yogi and his “I Was a Simple Man” cast discuss the movie in our Sundance video interview above.

This Article is related to: Film and tagged Adobe, I Was a Simple Man, IndieWire Studio, Sundance