By Ryan Lattanzio and Anne Thompson 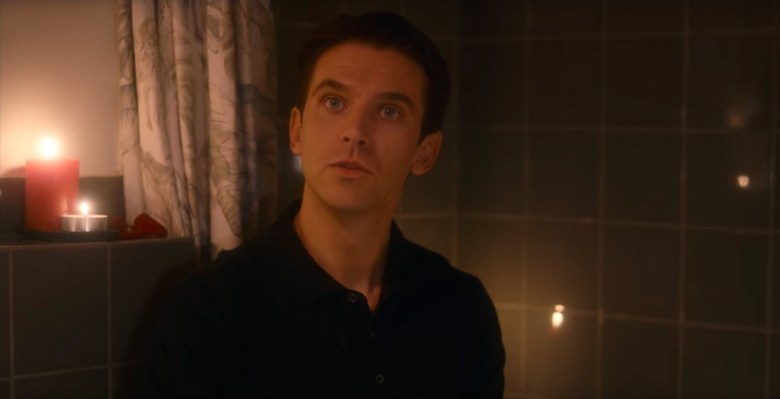 Germany’s entry for the Best International Feature Oscar, “I’m Your Man,” centers on a humanoid robot designed to be the perfect romantic partner for a research scientist in Berlin. She’s played by German actress Maren Eggert, while the robot is played by English actor Dan Stevens, who had to dip back into his grade-school German to speak a very complicated language that he said would be a challenge for any actor, even a native German speaker.

As director Maria Schrader and star Stevens told IndieWire’s Anne Thompson during a recent panel, the film was about tracking Tom’s (Stevens) progression from stilted robot to soulful, sentient humanoid. To do that, Stevens channeled some unusual influences, including the films of Cary Grant and the ballroom rhumba dance to achieve his character’s physicality.

Stevens said that the distinction with Tom compared to other artificial intelligence movies like “Blade Runner” or “Star Wars” is that “he’s an android who’s very much wanting to be human, and to improve, so it’s not like C-3PO, who just is he what he is, but Tom is constantly learning, recalibrating, evolving. He’s never one thing, and for an actor, that was a very delicious challenge, to chart that progress from something more robotic and mechanical to something that is believably human.”

In this science-fiction romance, he said that with “each step of the way,” it was a question of “how much of the robot and the human is being seen in any one moment. We talked a lot about Cary Grant and Jimmy Stewart, these screwball comedies kept coming up. We looked at the physicality of Cary Grant, and taking some of those mannerisms and looking at odd scenes and thinking, ‘This is what Cary Grant does in this situation. How would that look if you abstract that movement and almost put it in the wrong place?’ It was about looking at the human influences rather than the android influences.”

Stevens said that learning to dance the rhumba was also key in developing how Tom moved through the world. “Any day off I had, I was going into the dance studio to learn this very difficult dance with a very strict German rhumba teacher, whose own physicality was a great influence on Tom.”

For Schrader, getting to cast Stevens was like a “win in the lottery, because we wanted this beautiful man, capable of speaking very complicated German, but not being German, bringing a taste of strangeness to the character, and then just the most gifted actor. We looked around a lot and then I was so very happy to have met Dan.”

The actress-turned-director/screenwriter (who co-wrote the film with Jan Schomburg) first met Stevens over Zoom deep in the pandemic when the movie was conceived. “The meeting was in German and I was very nervous to be interviewed or have this sort of meeting in German because that hasn’t happened for me in a long time. It really felt like some sort of school test,” he joked.

But Stevens had a solid foundation in German dating back to grade school. “All the cool kids were doing Spanish, so I thought I’d be weird and do German,” he said. “What I remember from our first meeting was a meeting of minds in terms of what I had got out of the screenplay, [which was] this very curious, sweet, delightful, also quite weird, funny, very profound story. I was very happy that I translated accurately, that this is what Maria and Jan had intended with their screenplay.”

This Article is related to: Awards and tagged Consider This International, Consider This Panels, Dan Stevens, I'm Your Man, Maria Schrader