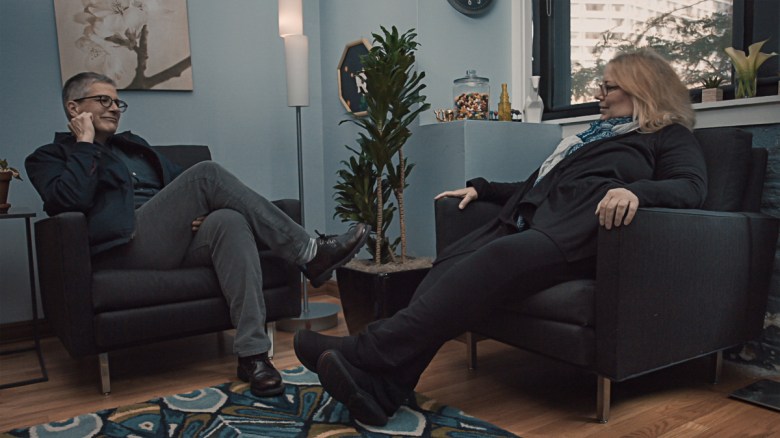 With the announcement of Film Independent’s Spirit Awards nominations on Tuesday, complete with the organization’s first ever batch of television categories, a recurring puzzle was brought top of mind: What is independent TV?

The easy answer, of course, is that there’s no such thing as independent TV, at least not in the way that people collectively think of independent film. For many, independent film means gritty, micro-budget projects, filmed in basements or on the streets, but that manage to tell a cohesive story, sometimes with a kind of clarity not often found in your average summer blockbuster. It’s an opportunity to discover the early days of talent that could blossom into the next generation of upper echelon filmmakers.

As gets mentioned a lot around these here parts, for as much as film and TV play in the same sandbox, there are plenty of fundamental differences in things like production plans, distribution models and, well, networks. There have been a few scattered attempts at creating TV festivals — or space at established film festivals — that could turn into launchpads for self-made TV.

Part of the reason no one has yet been truly successful at creating such a space is because a TV pilot is not a short film. Though the amount of effort expended may be similar, the stories they are telling are completely different, even if dealing with the exact same subject matter.

Despite how strongly the Spirit Awards are associated with indie film, in its first rodeo, its eligibility requirements for TV fall a bit short when it comes to attempting to capture the essence of what indie TV could be — if it existed. Which is to say, while the awards have long adhered to a budget max for film applicants, currently set at $22.5 million, there was nothing of the sort attached to TV. Instead, TV was judged on artistic merits alone. In an interview with Variety in September, Film Independent president John Welsh said that because of the differences in the business of film and the business of TV they had opted out of a budgetary limit for TV, stating that instead shows would have to pass a “smell test” of sorts regarding whether or not they were sufficiently indie.

And while Welsh would go on to state that because of studio involvement from the jump, that TV budgets would automatically be much higher for TV than it would be for film, it seems unclear why that would prohibit the organization from putting in place a limit all the same. After all, it doesn’t matter if TV budgets are higher than film. They are, after all, often making six to 20-something episodes as opposed to a single feature, but TV wouldn’t be competing against film budgets. They’d be competing against other: theoretically similarly funded, TV shows.

The problem with forgoing a spending limit is that there are certain networks and streamers that have much deeper pockets than others. Without transparency from the TV industry into how much they’re actually spending on shows, it’s difficult to imagine true parity between competitors, which is a real problem when you’re dealing with an honor aimed at “indie” spirited shows.

I can’t tell you the budget for Apple TV+’s anthology series “Little America.” I can tell you it’s a fantastic show, but it’s also one that had eight episodes, filmed on location, and featured a different cast in each entry. I also can’t tell you the budget for Showtime’s “Work in Progress.” It is also a fantastic show with eight episodes, all filmed in Chicago. And I can tell you that the latter is one of the true triumphs of the independent TV quest, as the pilot was created and filmed wholly independently and was chosen as a Sundance selection which led to a pickup by Showtime. It serves, unchanged, as the show’s pilot and feels totally of a piece with the rest of its first season.

What I’m saying is this: I do not know the budgets of these specific shows, but I have been around long enough to feel relatively confident that one is significantly higher than the other. Both are great. Both received nominations for Spirit Awards: “Little America” in new scripted series, plus two actor noms, and “Work in Progress” in the Actress category for star and creator Abby McEnany.

To provide the Spirit Awards with some sense of balance, the fairest thing would be to require entrants to submit their per minute budget breakdowns. Would it be a lot of work for applicants and, like, Film Independent? Yes. Would networks likely balk at being asked to open the curtain and show their financial work? Almost certainly. But this is a way to preserve the honor and reputation of the accolades without having to muck about in the vagaries of a smell test.

The Spirit Awards are a great and lasting tradition, and they shouldn’t tarnish that with opting for half measures in its TV awards.

For even more about both the Spirit Awards and the ephemeral nature of indie TV, check out this week’s episode of IndieWire’s TV podcast “Millions of Screens” as hosts Deputy TV Editor Ben Travers, Creative Producer Leo Garcia, and myself, TV Awards Editor Libby Hill, dissect the subject that wrinkles our brain on year-in, year-out basis.

Plus, it’s time for the winter Television Critics Association press tour, now happening virtually on a laptop near you. Yes, it’s time for press tour again and instead of being trapped in an illness-infused hotel ballroom for two weeks, TCA members and associated press are trapped on their couch for a series of intermittent TCA days stretching until March. Stay tuned to hear us break down our breakdowns.