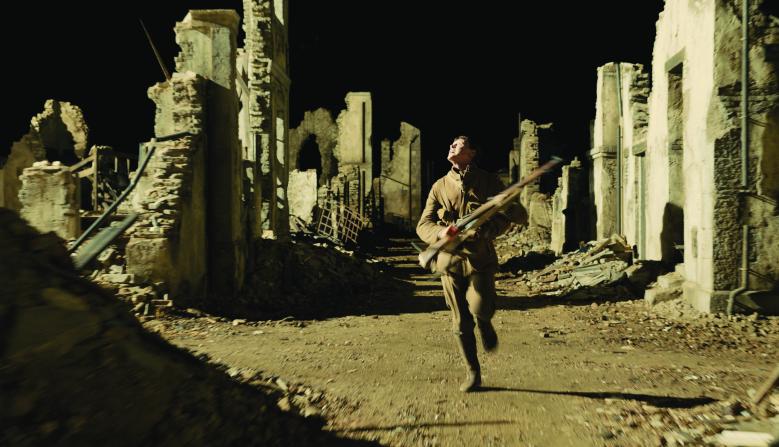 Amid all the year’s astounding craftsmanship across cinematography and editing, “1917” presents a real-time plunge through WWI horrors. Cinematographer Roger Deakins and editor Lee Smith craft the illusion of a single take that throws you into the hell of the battlefield. “Once Upon a Time in Hollywood,” meanwhile, uses editing from Fred Raskin and cinematography from Robert Richardson to tell a story of Hollywood in 1969 fraught with the Manson murders and overall Tinseltown chaos.

In the second episode of “Best of Craft,” presented by Netflix, the IndieWire team also dives into the virtues of “Joker,” which has a leg up in terms of its dark depiction of the titular DC antihero’s descent into madness. “The Irishman” also boasts strong cinematography and editing, courtesy of Rodrigo Prieto and Thelma Schoonmaker, respectively.  IndieWire’s Cinematography Oscar predictions are here, with Editing Oscar predictions here.

For Cinematography, the early favorites are Richardson and Prieto for their brilliant work on Best Picture frontrunners “Once Upon a Time in Hollywood” and “The Irishman.” For Richardson, the challenge was finding the right look for depicting 1969 at the end of the golden age and the rise of the counterculture in Hollywood. He achieved high color saturation with hints of blue and deeper skin tones, and pushed the grain for a crisp look. In that way, he conveyed a smooth quality of LA for this intersection of fiction and reality about has-been TV star Rick Dalton (Leonardo DiCaprio) and his stunt-double/buddy Cliff Booth (Brad Pitt) on a collision course with the mass murders at the home of Roman Polanski and Sharon Tate (Margot Robbie) by the Manson Family.

With Editing, Martin Scorsese’s go-to editor, Thelma Schoonmaker, aims for her fourth Oscar win with the gangster epic, “The Irishman.” It’s the director’s summary statement about “loyalty, love, trust, and ultimately betrayal.” Robert De Niro’s elderly mob hitman, Frank Sheeran, looks back on his violent life and divided loyalties between cunning Philly crime boss Russell Bufalino (Joe Pesci) and hot-headed Teamsters leader Jimmy Hoffa (Al Pacino). The narrative contains a dense, zigzagging structure, complicated by Industrial Light & Magic’s innovative VFX de-aging of the three actors. This meant that Schoonmaker’s editing was made more difficult by the quality of the facial animation. Scorsese would carefully review the fully rendered and lit performances and try and get them to match the look and movement of the original ones on set. If there was a discrepancy, ILM dialed up the variation models for the three actors to achieve greater fidelity to their performances.

This Article is related to: Film and tagged 1917, best of craft, Once Upon a Time in Hollywood