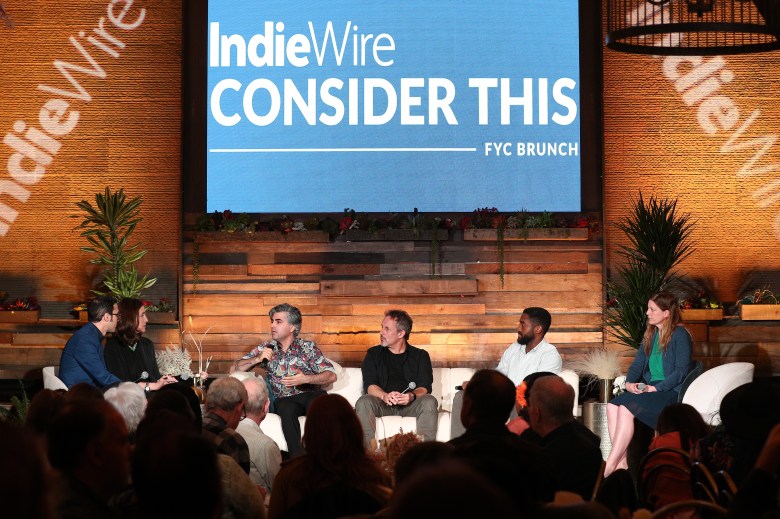 Whether it’s Syrians seeking refuge from their war-torn country in a subterranean hospital in “The Cave,” or dealings with a Mexican cartel required of the filmmakers behind “Sea of Shadows,” complicated, life-or-death stories — and inherent risk — are what make National Geographic documentaries such essential viewing, Carolyn Bernstein, NatGeo’s VP in charge of documentary films said during IndieWire’s recent Consider This FYC Brunch.

“I would say [with] most of the movies — and ‘Free Solo’ may be an extreme example — that we make, there is some element of risk,” she said. “The kinds of stories that we like to tell inherently have risk as part of their DNA. They are high stakes kinds of stories. They’re often life or death stories and they’re stories that are complicated and have no easy answers.”

National Geographic’s awards-season push comes after the success this year of “Free Solo,” the Oscar and Emmy winner that tells the nail-biting story of Alex Honnold’s quest to climb 3,600 feet up a Yosemite rock formation without a rope — a challenge that with one wrong move could have proven fatal.

IndieWire’s brunch brought together filmmakers and craftspeople from behind this season’s feature offerings, including Feras Fayyad’s “The Cave,” and “Sea of Shadows,” Richard Ladkani’s exploration of what’s behind the efforts to rescue the Earth’s smallest whale from extinction and bring an international crime syndicate to justice. Also represented was “The Nightcrawlers,” Alexander A. Mora’s short that offers a boots-on-the-ground look into Philippine President Rodrigo Duterte’s deadly war on drugs. Then there’s “Lost and Found,” a short from Oscar-winner Orlando von Einsiedel that profiles a man who works at a Rohingya refugee camp in Bangladesh to reunite children with their parents. National Geographic was involved in the production of “The Cave” and acquired the other titles.

Ladkani said “Sea of Shadows” dethroned “The Ivory Game” for the most dangerous project he’s worked on. Unbeknownst to him, his work documenting marine habitat off the coast of Mexico brought him to interface with criminals.

“The Sinaloa drug cartel is attacking the sea of Cortez, which is the upper Gulf of California,” he said. “We thought it was to be about the extinction of a whale. We thought we were going in for a natural history type of film, but then very quickly realized that the cartel runs the show here. And if we want to really tell the full story, we will have to engage and we will have to also properly protect ourselves. So it was the first time that I asked a Terra Mater, our production company, for a security back up.”

He continued: “It kind of turned out to be more of a military style operation. In the end I was nicknamed the comandante because I called the team together every morning and I said, ‘Look, this is what we’re up against. We’re going to do night vision, infrared stuff with the Mexican Navy. We’ll be on boats, we’ll have drones in the air. Do you want to go down that path with me?'”

Mora said at the outset of production there was a view that the vigilantes carrying out killings of drug dealers were viewed as heroes and antiheroes. He eventually learned that one leader viewed those acts as a kind of “holy crusade,” but it was a challenge for Mora to get to the point where he could hear that.

“It took a few months to actually get a sit down interview with anyone,” he said. “Understandably, a lot of the vigilantes were mindful about being on camera or, in the initial interviews we didn’t get that much. I think there were very monosyllabic answers, very inaccessible.

“A few months later they had me back their hideout. And that was when I met the leader of the group … and I think I was very fortunate because he said I reminded him of his favorite basketball player. I don’t quite know who that was, but probably he has a beard.”

He described a sobering moment where he realized that there was nothing he could have done to stop the killings: “What was in our power was to document this as truthfully and as urgently as possible in order to tell the world what is really happening.”

For editor Katie Bryer, the challenge was finding a narrative from footage of a Rohingya refugee and subject Kamal Hussein’s work there.

“The drive for making the film is that there’s been this genocide and up to a million people have come over to Bangladesh in the biggest refugee camp on earth,” she said. “But you want to make the film accessible and you want to tell a universal story that everyone recognizes. Plus you want to tell Kamal’s story, so that he recognizes that as his truth.”

Fayyad said one of his inspirations for making “The Cave” was seeing his home country of Syria shown in a nonemotional, information-only light on the news.

“I feel I have to bring them the emotional connections and empathy and sympathy for the people to help them better understand,” he said.

For him, that meant treating every shot like a photograph, one that had both aesthetic value and an emotional core centered around people.