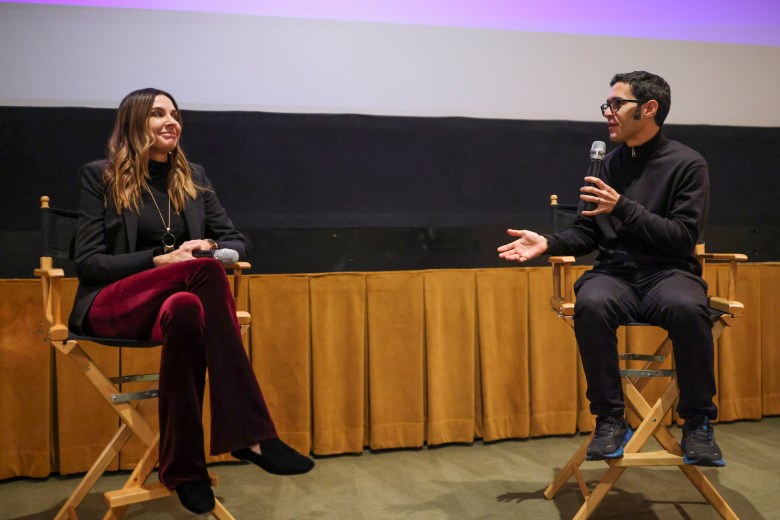 When IndieWire hosted a showcase of eight Oscar-qualifying short films, sponsored by ShortsTV + National Geographic Documentary Films, on December 9 as part of Penske Media’s LA3C music and arts festival, it was both a new endeavor and a seamless extension of the values IndieWire prioritized since its inception.

“IndieWire, in the 25-plus years that it’s been around, has been deeply invested in discovering new talent. And one of the key ways to do that is to watch short films,” IndieWire VP editorial strategy and executive editor Eric Kohn said in his opening remarks at the Los Angeles event. “But we also recognize that the short film is not just a launchpad. It can be a place that you live creatively and continue to evolve.”

The event began with a conversation between Kohn and documentarian Cynthia Wade, whose “Freeheld” won a 2008 Oscar for Best Documentary Short. Wade is preparing to release “The Flagmakers,” a new short documentary she co-directed with Sharon Liese about the employees of an American flag factory. (It premieres on Disney+ December 21.) In a spirited discussion, she reflected on why she continues making short films.

“There is such a freedom in the short form,” Wade said. “It’s almost like you have a dollhouse and you can just work in this one room and make it a perfect little room. So to me it’s very delicious and exciting and there’s more freedom in it. Because you’re not thinking about the marketplace, you’re just doing what makes you happy.”

The evening’s program reflected the idea that short filmmaking is a destination in itself. The diverse lineup of nine short films from around the world, all qualified for Academy Award eligibility, included fiction, nonfiction, animation, and live action. Program highlights included:

“Tula,” a charming two-hander from Spanish director Beatriz de Silva that portrays an unlikely friendship between a preteen girl at an elite private school and Tula, a custodian she meets in the bathroom. As Tula talks the confused student through a pregnancy scare, she becomes mortified by the school’s lackluster sex education program and seeks to rectify that problem herself.

“Warsha,” Dania Bdier’s Beirut-set short film about a crane operator with a secret passion for dance. The film is proof that short filmmaking doesn’t have to mean small scale; it’s full of harrowing shots of its protagonist braving extreme heights to operate the most dangerous crane in the city.

“Hallelujah,” one of the most emotional films in the lineup. Director Victor Gabriel describes his Compton-set short as a “traumedy,” an appropriate description for the warmly funny film about two Black men attempting to raise their niece and nephew after their parents were murdered.

“Amok,” which marked the program’s shift to animation. Balázs Turai’s film about a man haunted by a demonic gnome after the loss of his fiancé is a visually stunning, shape-shifting acid trip that took audiences through the very gates of hell and back. Terry Gilliam is credited as an executive producer, which was hardly surprising with its beautifully surreal visuals.

“More Than I Want to Remember” is Amy Bench’s documentary about a young woman who fled war in Congo and built a new life in America. It consists entirely of her narration against beautiful animated illustrations, serving as a poignant reminder of what is possible in America despite the challenges immigrants often face.

“We Cry Together,” Kendrick Lamar’s Oscar-qualifying short film, set to the “Mr. Morales and the Big Steppers” track. It’ss a duet between Lamar and “Zola” actress Taylour Paige that documents a couple’s vicious argument. The film, co-directed by Lamar, Jake Schreier, and Dave Free, adds an essential visual component that brings even more texture to a song that already felt like scripted drama.

“Loop,” the final film of the night. Pablo Polledri’s animated short is equal parts whimsical and bleak, telling the story of a brave soul who questions their role in an oppressive society and sets off a chain reaction that threatens to derail the entire machine. It was a fitting conclusion that emphasized humanity’s ability to do a lot with a little, an ethos that guided many of the filmmakers on hand and reminded the audience that short filmmaking is a vital art form.

This Article is related to: Film and tagged LA3C, Short Films, Shorts Race, We Cry Together