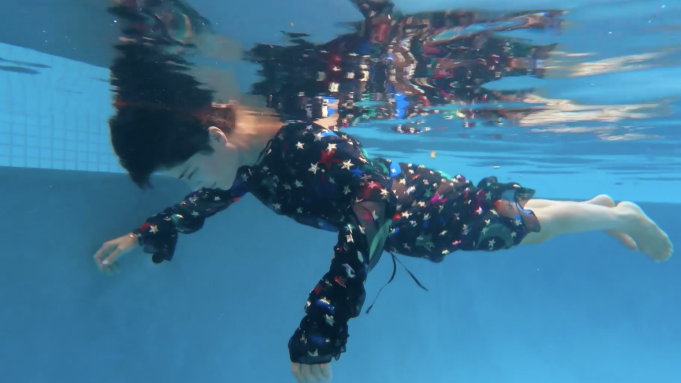 As Selma Blair tells it, she’s lived her whole life as a natural performer. Documentarian Rachel Fleit, meanwhile, has always wished for a camera to record the goings-on of the world around her. That’s why they were perfectly suited to work together on “Introducing, Selma Blair,” a look at the actress’ struggles following a diagnosis of multiple sclerosis.

“I get performative naturally,” Blair said during a virtual Q&A moderated by IndieWire editor at large Anne Thompson as part of the International Documentary Association’s annual screening series. But Fleit saw the vulnerability underneath her subject’s outgoing persona. “Rachel really capitalized. She saw it.”

Fleit, for her part, knew she had a compelling subject. “From our first FaceTime call, it was very clear that Selma was funny,” Fleit said. “[But] as soon as Selma and I decided we were going to make this film together, she very much took that back seat. She was very much the subject of this documentary. She didn’t set foot in the edit. And she was not involved in creative decisions. She was in this incredible state of intense life circumstances, and deep, true surrender, and I saw that.”

As a “vérité documentarian to the core,” Fleit has spent her entire life observing the truth behind people’s actions.

Said the director, “Selma says in the beginning of the film,’I always felt like I was in a documentary, but only God was watching.’ And I always felt like, ‘Where is my camera crew? Because this is so interesting.’ I realized I found my perfect subject because Selma would break that fourth wall. She would sort of perform for me, but then we would get into these moments of true, locked-in intimacy because she had this trust, because we had this relationship, because she was so vulnerable and willing.”

Being vulnerable isn’t easy in the age of social media, and particularly for a woman in the public eye. But Blair knew that she wouldn’t be able to put out a documentary that sugarcoated her experience. She and Fleit are both committed to telling the truth.

Said Fleit, “In making this film, I knew we had something special because she was so willing to share what was really happening. We’re in this world of Instagram filters where people are like, ‘Oh, I should look a certain way’ and ‘I should act a certain way.’ And she was willing to pull back the curtain and say, ‘This is what’s really happening in my life.’ And I had the honor and privilege to capture that on camera.”

“Introducing, Selma Blair” is available to stream on Discovery+.