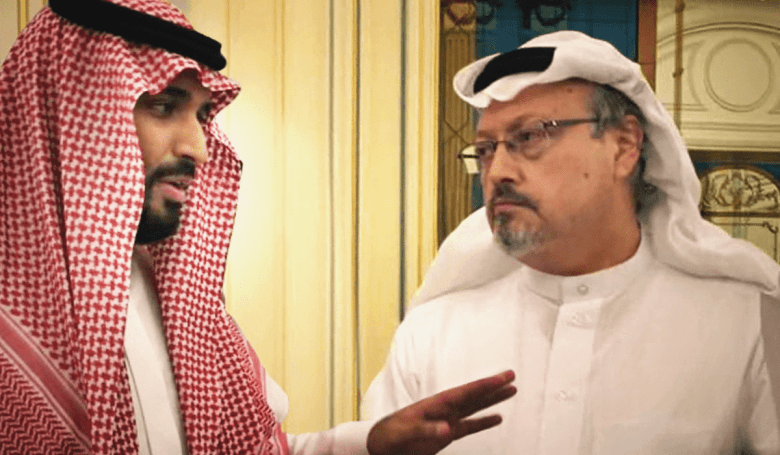 For his 2017 Oscar-winning documentary “Icarus,” director Bryan Fogel immersed himself in a doping scandal involving the Russian government and whistleblower Grigory Rodchenkov. That experience, becoming Rodchenkov’s friend and eventually his protector, left Fogel feeling like he had to continue telling stories that matter, stories that “have an impact in the world,” as he puts it.

His follow up, “The Dissident,” which premiered at Sundance this year, focuses on another high-stakes international incident involving nefarious forces: the assassination of outspoken Saudi Arabian journalist Jamal Khashoggi at the hands of his own government. As the case started to unfold in the media in October 2018, a light bulb went off in the filmmaker’s mind. The story, while horrific and gut-wrenching, also represented a fight for freedom of the press, for freedom of speech, for human rights. He knew he had to pursue it.

Fogel soon realized that the media created a false portrait of Khashoggi, associating him with the Muslim Brotherhood or calling him a terrorist-sympathizer. His hope was to make a documentary to combat those misrepresentations of a moderate thinker who loved his country and advocated for more transparency through his writing for The Washington Post.

Among the many developments in the story, a pivotal moment came following the highly publicized incident in which Amazon CEO Jeff Bezos had his phone hacked and some of his private photos were exposed. Fogel was able to secure evidence from investigators that directly incriminated Saudi Prince Mohammed bin Salman in the phone-hacking. The revelation raised further questions about the plot to murder Khashoggi at the Saudi embassy in Turkey under the pretense that they would provide paperwork he required to marry.

“The scary, scary takeaway from this was, if you can do this to the richest man in the world, who can’t you go after and this real understanding that our government can’t protect us, and these cyber technologies, which are now so pervasive, are allowing state agents to not only invade our lives, but in the case of Khashoggi, use that to murder someone, or in the case of Bezos, use that to embarrass them and discredit them. It was startling,” explained the director.

With “The Dissident,” Fogel aimed to make a non-fiction thriller. He and his co-writer Mark Monroe played with the film structure. As with all documentaries, he noted, there’s a script created from the footage shot. By writing a script for the project, they were able to build a story that slowly unveils portions of the crime that are shocking and emotional, weaved into the more factual and political information required for context.

“Much like ‘Icarus,’ and what I learned in making that film is that if you can engage an audience and get them on the edge of their seat and make them forget that they’re watching a documentary, but instead that they’re watching a film, they’re watching a piece of cinema,” Fogel said. “In this case the story, as sad as it is, it’s a thriller. And so I wanted to see in the crafting of it that I could bring in those elements that would keep the audience engaged, that would propel the narrative, and that hopefully in doing so you become emotionally involved in the characters, you care about what’s going on, and you walk out of the film not with just an understanding of what’s happened, but because you’re hopefully impacted by what you’ve seen in the film that you want to do something.”