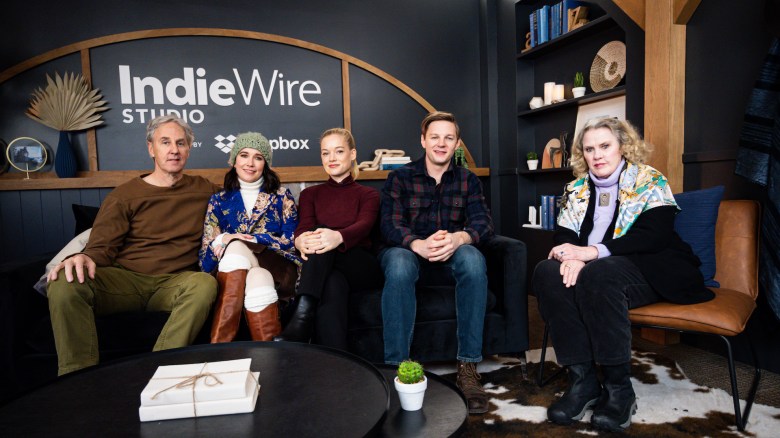 Jane Levy’s character in Angus MacLachlan’s new film “A Little Prayer” makes the difficult choice to have an abortion, something that comes as a shock to her small-town community and her in-laws with whom she’s living. But filming the scene carried a lot of additional emotional baggage beyond the script.

Levy said in the IndieWire Studio at Sundance, Presented by Dropbox, that just before they started filming the scene in “A Little Prayer” where her character visits a doctor to obtain pills, a production assistant announced to the room that the Supreme Court’s Dobbs decision, which repealed the landmark abortion rights decision Roe v. Wade, had just gone into effect.

“Everyone on the set was incredibly moved and angered and upset and shocked,” MacLachlan said.

“I’m not sure I can totally explain the feelings I had, but it was like deep sorrow and rage are a part of it,” Levy added. “I also felt after that day really grateful to be an artist and find catharsis and be able to do something with those feelings, which is make this movie.”

“A Little Prayer,” which is the latest film from “Junebug” writer MacLachlan, follows the relationship between a wife (Levy) and her father-in-law (David Strathairn) in a small town in North Carolina when the father-in-law realizes that his son is having an affair. The film grapples with everything from PTSD to alcoholism to the quiet, family secrets that complicate our lives in unexpected ways. But Levy hopes the film’s themes about abortion in particular speak universally.

Levy was joined in the IndieWire Studio at Sundance by director-writer MacLachlan as well as stars Celia Weston, Anna Camp, and Will Pullen.

“A Little Prayer” made its world premiere at the 2023 Sundance Film Festival. Sony Pictures Classics acquired it out of the festival for a theatrical release.