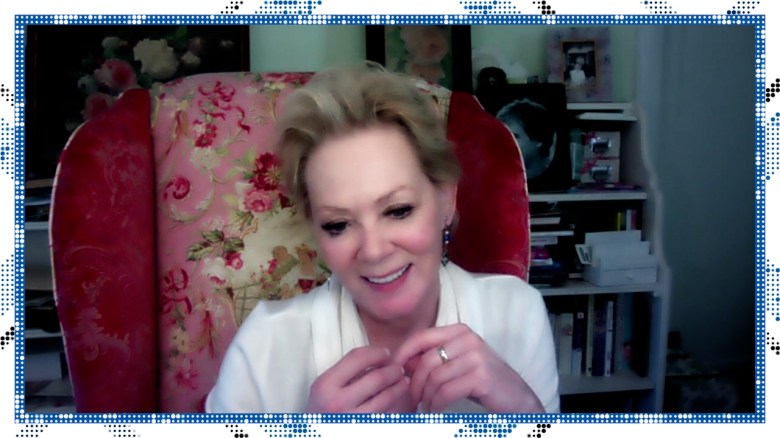 It was just over a year ago that IndieWire last spoke with legendary actress Jean Smart, at which point we rejoiced over what felt like a resurgence and reevaluation of Smart’s body of work which spans nearly 40 years.

We hadn’t seen anything yet.

Even before our interview with Smart last year — for this same Spotlight Awards feature, no less — it recently had been announced that she had a new project in the works, a dark comedy on HBO Max from “Broad City” alums Paul W. Downs, Lucia Aniello, and Jen Statsky. While we knew that the actress would play an aging Las Vegas stand-up comedian, we knew little beyond that. In fact, at that juncture, the series itself was only known as “Untitled Jean Smart Series.”

Now we know everything there is to know about the show that would be “Hacks,” having seen the first season in full, in which Smart’s Deborah Vance, under threat of losing some of her headlining dates during her Vegas residency, is cajoled into taking on burgeoning twentysomething comedian, Ava Daniels (Hannah Einbinder), to punch up the older comic’s routine. For Vance, this is unnecessary and humiliating, her comedy has been filling the seats for years. For Daniels, this is humiliating and unnecessary, despite her recent public shaming for old tweets and persona non grata status within Hollywood. So at least they had something in common.

“Hacks” allowed audiences to see the full range of Smart’s abilities, from her talent at landing razor-sharp barbs at the drop of the hat or the way she’s able to tap into a place of deep vulnerability in a character whose carapace calcified decades before. The Emmy-winning actress recognized the potential of Deborah immediately.

“One of the fun things I realized right away is that [Deborah’s] got little bits and pieces of my favorite roles that I’ve played,” Smart said during a recent interview with IndieWire. “A little bit of Lana, a character I played on ‘Frasier.’ She’s got a little bit of Agent Laurie Blake from ‘Watchmen.’ She’s definitely got part of a character I played in a movie called ‘Guinevere,’ with Steven Rea and Sarah Polley. So some of my my favorite standout characters have all kind of come together, embodied within this one woman, so I couldn’t say no.”

When she said this, I couldn’t help but point that the character even seemed to hold glimmers of the role that first placed her on the public’s radar back in 1986, that of Charlene Frazier on the classic CBS sitcom “Designing Women.” What might seem like a stretch on the surface, what with Charlene being written as a sort of back country Pollyanna, as optimistic as she was naive, the character was also a storyteller, who derived great joy of a story well-told, even if she was the only one that appreciated the punchline. When Deborah starts to let down her guard with Ava — with the help of a well-timed edible, she slips into a lighter version of herself, one that loves to spin a yarn, not unlike that young woman Smart played so long ago.

“Charlene was such a sweet, innocent person and very gullible,” she said. “That part of Deborah did come out when she was high.”

That one role could capture so many elements of so many of her favorite roles is a testament to the depth of character as crafted by Aniello, Downs and Statsky, something Smart is very keen on.

“It’s such a great balance of both comedy and drama,” she said. “If I could have custom ordered my next show, it would have been this. It was everything I was looking for and hoping for in my next project.”

And yet, this was not the only Emmy-caliber performance the actress delivered this past year, also finding both drama and comedy in a limited series that might have at one point just as well been named “Untitled Kate Winslet Series.”

In “Mare of Easttown,” Smart takes a backseat to Winslet. The latter plays a struggling police investigator — the titular Mare — burdened by her own grief, as the former plays her mother, equally ill-equipped to deal with her daughter’s pain, yet completely dedicated to serving as someone to lean on, no matter how poorly she may perform.

Somehow, for all the show’s well-hewn angst, it is also undeniably funny. It turns out, that was as true behind-the-scenes as it was on the series.

Jean Smart in “Mare of Easttown”

But let us first say, that Smart is nothing but not committed to the bit.

“I would do anything for a laugh,” she said, as she began the story of a most unfortunate incident on set. “My character, Mare’s mother is sitting on a railing in our living room, over a stairwell that goes down to the front door. And Kate is just leaving with her date [Richard Ryan, as portrayed by] Guy Pearce. And so I’m kind of, you know, saying goodnight and kind of leaning to spy on them and I thought it would be funny if I accidentally almost fell over the railing because there was a scene earlier where I’m reaching too far from my chair and I’ve been drinking and I fall flat on my tuchus on the floor when I’m drinking with the priests.”

“It went fine the first five or six takes,” Smart said of her railing gag, as though in her own defense, “and then I went just a little too far and my hand slipped off the railing, and down the whole flight of stairs and I broke one rib, completely in half, mild concussion, covered in massive bruises. Thank God I was wearing butt and hip pads… that may have saved me from breaking a hip.”

Whether faded icon or frumpy great-grandmother, Smart is always going the extra mile to be what a role needs. Clearly, she’s in it for the long haul, throwing herself — sometimes literally, it would seem — into her work. The unintentional stunt landed her in the hospital for five days, when she was a mere five minutes from heading to the airport to see her kids. And yet, there’s always an opportunity to see the humor in those difficult moments.

“Luckily, I was playing, you know, a woman who complains about her aches and pains all the time.”