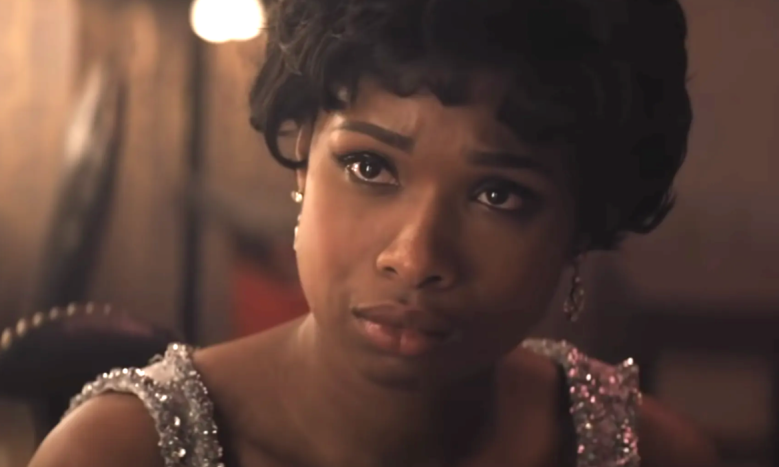 Jennifer Hudson will never forget that first phone call from Aretha Franklin. Fifteen years ago, Franklin called Hudson from the Ritz Carlton Hotel in New York, with a compliment in hand: she wanted to express her admiration for the 25-year-old “Dreamgirls” Oscar winner. Seven years after that, Hudson officially got the blessing from Franklin to play her in a biopic, before there was even a script. Other calls and meetings between the two women followed, and that movie — “Respect,” written by Tracey Scott Wilson and directed by Broadway helmer Liesl Tommy — finally made it to theaters in August 2021 via MGM/UA, three years after Franklin’s death.

When Hudson heard the movie was a go, she immediately started to prepare. She had sung Franklin’s “Share Your Love” during the “American Idol” audition that launched her career, and participated in many tributes over the years. She knew as a singer and actress that she could channel Franklin, but a movie would require her to do something she did not know how to do: Play the piano. She buckled down.

And, in order to do Franklin justice, Hudson demanded something else that would make her job more arduous. She wanted to sing live. “I wanted to experience it as she did,” she said in our video interview, above. “It should be as authentic in every aspect possible. She gave it to us in real time. If I’m the actress to portray her, I should do the same.”

Working with top dialect coach Tom Jones, Hudson studied how her vocal instrument was the same, and differed, from Franklin’s. “The range is there,” she said. “I could sing the same key. But the way we approach singing, hers was more rounded, she approaches from the top of her head.” Hudson tended to sing from the bottom of her feet and her chest, with a deeper sound. “I used her techniques, her approach. Her influence comes through the approach, technique, and strategy.”

The singer also needed to navigate from the voice of 17-year-old Franklin to the 29-year-old singer in 1972 when she performed the renowned Amazing Grace concerts with a gospel choir. With support from the Franklin estate, Hudson got to sing the title song, “Respect,” and other greatest hits, like “(You Make Me Feel Like) a Natural Woman.” “I’m now 40,” Hudson said, who was 39 when the film was shot. “In the voice there’s a story, an arc.”

But the real challenge was to “add the emotion on top of it,” said Hudson, “while not being able to have Jennifer’s expressions, her characteristics as an actress.” After the Reverend Martin Luther King died, Franklin stepped up to perform at his funeral while in the depths of grief: “to have to be a light when she was hurting — she called him ‘Uncle’ — having to stand there and lift everyone else, considering what she was experiencing. I needed to understand the circumstances, the cost, and carry that emotion and tell that story the way she would sing it and approach it and still be connected to it.”

Luckily, Hudson could draw on her own church upbringing and musical roots. “The base of it all is gospel,” she said. And Hudson has experienced loss and trauma, if not to the same degree as Franklin, who lost her mother before her tenth birthday, and gave birth to her first child at age 12.

Hudson reveres six-time Tony-winner Audra McDonald. “My favorite scene is with her, as Aretha’s mother comes over at the piano,” she said. “Who better than Audra? That’s where [Franklin] got her musicality. Her dad pushed her and groomed her, but the gift of playing, that was her mother. You see the beautiful short relationship they had together is a part of her story. Her mother was a huge part of who she was.”

After Franklin passed, Hudson called her old friend Patti LaBelle to fill her in on what it was like in the ’60s for a Black woman artist in the music world. She learned about having to use back doors. “I needed an understanding of the time they grew up in order to exist,” she said. Hudson also leaned into other facets of the period, from the music of the ’60s to 83 period costumes and 11 wigs. “I loved being in that space, the hair, it felt royal. It was necessary, made me feel like I was there.” One structured gold-beaded dress changed her walk. Back then, “women couldn’t take too much space.”

During production, as Hudson worked overtime prepping her songs late into the night as Number One on the call sheet, her on-screen husband-manager Ted White, Marlon Wayans, looked after her. “He fixed my lunch, he’d do it himself,” she said. “He focused on eating, ‘you’re carrying a lot of weight here, have a lot on your plate.’ He was my partner and support on set.”

The other force on set was Oscar winner Forest Whitaker (“The Last King of Scotland”), who anchors the movie as Franklin’s father, the powerful, controlling womanizer-preacher C.L. Franklin. He has now played Hudson’s movie dad three times. “Each time I can say it’s a new experience,” she said. “The drinking scene feels so real, even at the table read, he was in full character, and each time he’d up his game even more.”

Finally, Hudson and the entire team cared about honoring Franklin, working overtime on pandemic workarounds. Hudson set up her own at-home ADR studio. (“Respect” wrapped filming in February 2020, one month before lockdown.) “If I could just do a little bit to show you what you’ve given us in one way through my performance, that’s all I could hope for or want to do,” said Hudson. “Everyone was there out of love and respect for Franklin.”