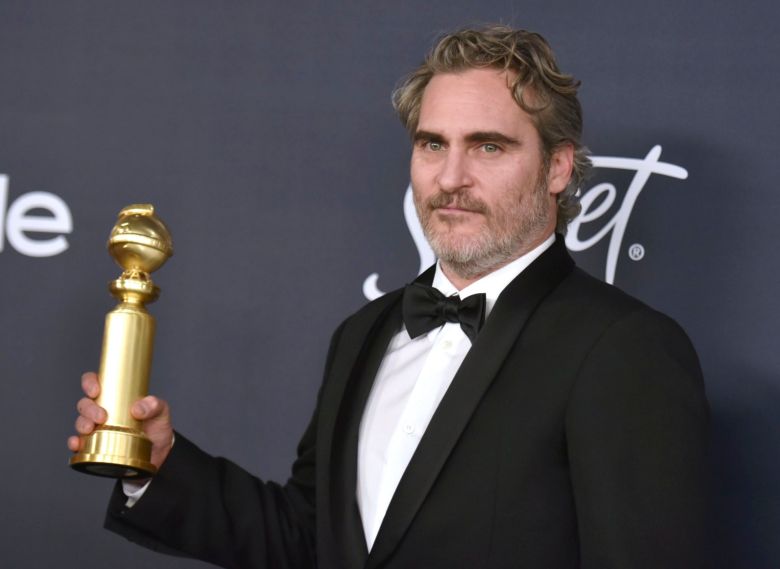 Joaquin Phoenix had one of the most memorable speeches at the 2020 Golden Globes, using his time at the podium to accept the award for Best Actor in a Motion Picture Drama to admit he is a pain in the ass to work with and to call out Hollywood for taking private jets to Palm Springs. But it was backstage where Phoenix was at his most freewheeling and confounding (as evidenced in the video above). The actor told journalists he was “fucking tricked” by his PR team into meeting with them for a short press conference following his big victory. When an international journalist asked Phoenix about how he approached his character for “Joker,” the actor appeared baffled and humorously pushed back against the question.

“This is old news,” Phoenix confusingly answered. “I feel like I’ve talked about this for six months. You want to hear a different version [of my answer]? Well, it was a long process.”

Phoenix gave into the question and answered more seriously by saying, “The way I worked on this was quite erratic. I didn’t attack it linear-ly. I was most curious about the medications [Arthur Fleck] was taking and the side effects of those medications.”

The question of a “Joker” sequel was inevitably brought up by another member of the press. Both Phoenix and “Joker” director and co-writer Todd Phillips have been open to the idea of a sequel, although neither men have any deal in place with Warner Bros. to make a “Joker” follow-up. Backstage at the Globes, Phoenix pushed back at the idea a “Joker” sequel would be made as a cash grab.

“I don’t think that I’ve ever done too many predictable things,” Phoenix said. “So if [a ‘Joker’ sequel] came up it’s not because Todd or I are following some rule book. It’s because we feel inspired to explore the character more thoroughly. That’d be the only reason for me to do it.”

Phoenix then asked the press room: “Have you guys been sitting here all night? Do they bring you food? Do you have drinks?”

Phoenix’s win for “Joker” gave the actor his second Golden Globe after winning the Best Actor in a Motion Picture Musical or Comedy prize in 2006 for playing Johnny Cash in “Walk the Line.” The actor’s performances in “Inherent Vice,” “Her,” “The Master,” and “Gladiator” also earned Golden Globe nominations over the years.