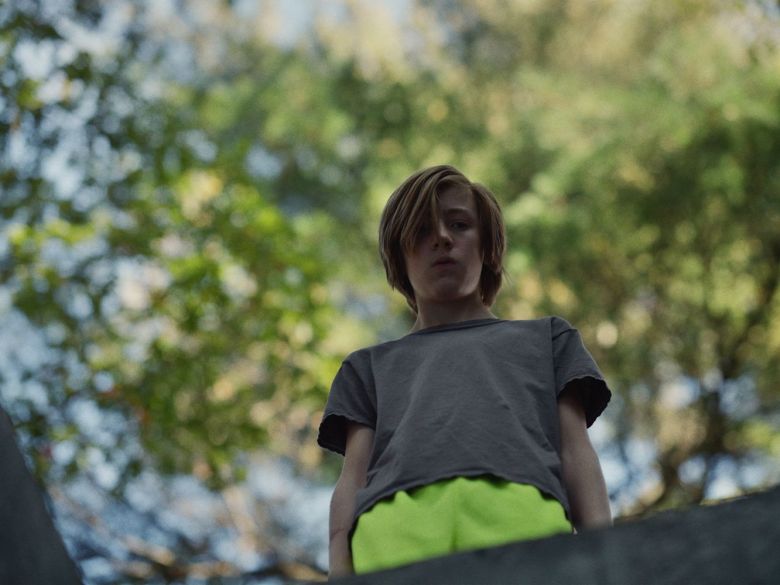 “John and the Hole” drops you into the eerie, ethereal world of a young boy who keeps his family captive in a trench in the ground, and doesn’t let you out. The boy is played by Charlie Shotwell, and his family by Jennifer Ehle, Taissa Farmiga, and Michael C. Hall. The latter three spend the majority of the movie trapped in a pit, crawling up the walls and squirming in their own filth. That might not have seemed relatable when the movie was wrapping post-production just as the lockdown began to hit, but now, “John and the Hole” has emerged as a strange metaphor for the pandemic in hindsight.

“It was completely unintentional obviously, but there is something [where] you empathize differently, and you feel what it’s like to be locked in your own thoughts,” director Pascual Sisto said. But he also said that the movie is about adolescence through the eyes of a 13-year-old. “It’s a very fragile and vulnerable state, and [we were] trying to capture how he enters or tries to enter adulthood.” That could similarly be read as a metaphor for how we will all try to re-enter the world once lockdown is over.

Screenwriter Nicolás Giacobone, Oscar winner for “Birdman,” said it’s “also about the mystery of families… We live in a way believing that we know what it is like to be a mother or a father, or even a son, and we actually don’t. We’re strangers that share blood and genes, but we never quit being individuals.”

Sisto said that as much as he would have “loved” to have a real hole to put the actors in, the hole itself was built on a soundstage in Norwood, Massachusetts. “It is quite difficult to create that dislocated physical space, and then connect it through the editing, but it ended up working pretty seamlessly,” he said.

“The hole on the stage felt very realistic,” Farmiga said. “There was a wall that they would remove. We would all go into our tiny cubicle. They close the wall. There’s dirt in there. It feels like you’re trapped. You look up and the height of the walls, it’s so tall. It’s lit to feel like there’s a little bit of daylight so it’s very easy to just kind of exist. It didn’t feel like, ‘Oh this is a fake hole.’ It felt real. The dirt under my fingernails definitely felt real.”

“It was remarkably effective,” Michael C. Hall said. “What they built and what they were able to totally close in so we were surrounded on all four sides was very believable, and very real. We shot it sequentially, those scenes, so we were able to get progressively dirty and exasperated and desperate day by day.”

Hall, who’s shooting the revival of the Showtime series “Dexter” in Massachusetts, also added that the cabin his serial killer character is holed up in in the new season was built on the same soundstage where the hole was constructed.

Watch the full “John and the Hole” interview at the IndieWire studio, presented by Adobe and also featuring stars Charlie Shotwell and Jennifer Ehle, in the video above.

This Article is related to: Film and tagged Adobe, IndieWire Studio, John and the Hole, Sundance