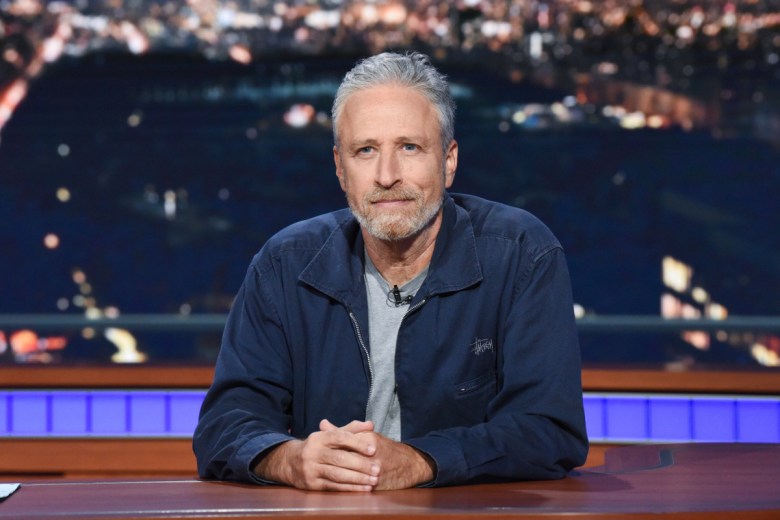 In a giant victory for liberals of a certain age Jon Stewart is returning to television via Apple TV+, hosting an “original current affairs series” that will span multiple seasons made up of hour-long episodes. Said episodes will “explore topics that are currently part of the national conversation and [Stewart’s] advocacy work,” according to a news release from the platform earlier this week.

And while Stewart’s return to the airwaves might feel to some like a return to pre-Trump normalcy — the host’s tenure at Comedy Central’s “The Daily Show” ran from January 1999 until August 2015 — at the same time it feels like a potential misstep disguised as a safe bet, a blunder that the nearly year-old streamer seems particularly prone to.

But first, the HBO of it all.

If the headlines trumpeting Stewart’s return to television feels familiar, there’s a good reason for it, namely that there have been similar headlines bouncing around for the last five years, but connected to HBO and not Apple TV+. In November 2015 it was announced that Stewart had signed a four-year digital development deal with HBO for their streaming services, including HBO NOW, HBO Go, and others. First on the slate was a short-form animated parody of a cable news channel that was originally scheduled to premiere in fall 2016, then in the first quarter of 2017, before ultimately being axed in May 2017 having never aired an episode.

But two months later, things were back on track with Stewart, as HBO announced that he would be producing his first stand-up special since 1996 for the network. Then it was never mentioned again.

Needless to say, Apple TV+’s announcement has to be bittersweet for the cable giant who was never able to make anything happen while they had Stewart under contract. That or they’re certain this new project will never see the light of day because, well, hindsight.

That said, this new endeavor feels like more evidence that the streamer would really love to be mid-2000’s HBO, all prestige drama and upper echelon conversation pieces. It’s not TV. It’s not HBO. It’s Apple TV+. Maybe that’s why the platform was so quick to make a deal with former HBO Chairman and CEO Richard Plepler at the beginning of the year after the exec exited WarnerMedia in February 2019.

Plepler, perhaps unsurprisingly, will serve as an executive producer for Stewart’s new show.

There is no arguing that Stewart revolutionized how younger generations consumed both news and media, mastering both political theater and the skewering of journalistic failures and, maybe most importantly, cultivating a team of talent that was more than willing and able to further the craft after his retirement.

Stephen Colbert and Trevor Noah on “The Late Show”

Trevor Noah, Samantha Bee, and John Oliver all bring different points of view to the table for their late-night news programs — so did Larry Wilmore and Wyatt Cenac before being cancelled before their time, but that’s a different rant. Stephen Colbert has now stepped into the elder statesman role formerly inhabited by Stewart, taking his talents to network television and making “The Daily Show’s” whole thing mainstream and easily consumable for our parents.

If, and or when, Jon Stewart returns to TV he needs to bring with him a different insight into the world than he used to offer. We’ve moved on. We’ve lived through Trump (so far)(also, barely). We don’t need another older white guy named Jimmy (or John) cracking wise about how screwed up things are. We have plenty already. Because we’re now living in an age where the president tells such shameless, blatant lies on such a regular basis that regular news coverage requires chyrons that would have been right at home on the Bush-era “Daily Show.”

This is not the same media landscape Stewart left in 2015. This is the thunderdome. Give us a narrative we haven’t been fed a thousand times before or get out of the way.

(Also, this unnamed, unscheduled show sounds like, a lot, like “Last Week Tonight” except an hour long so maybe address that in the meantime.)

Plus, we get into the nitty gritty of the spooky season and dig into what our favorite scary shows to consume are — yes, we’re talking “Hannibal” again — and what TV format seems to support horror storytelling best. In keeping with ongoing social distancing mandates, this week’s episode was again recorded from the comfort of everyone’s respective Los Angeles-area apartments and we’re again offering viewers a video version of the podcast, as embedded above.

This Article is related to: Television and tagged Apple TV Plus, Direct, Jon Stewart, Millions of Screens, Podcasts, Video