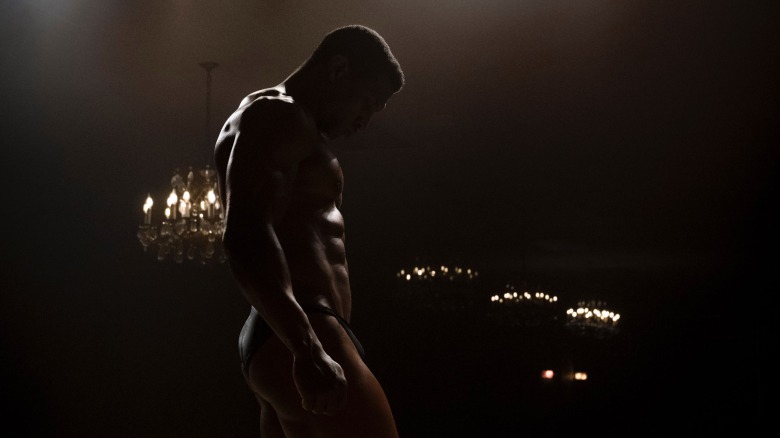 “The humanity just leapt off the page, something about the isolation that was pulling me,” Majors exclusively said during the IndieWire Studio at Sundance, presented by Dropbox. “Some of his internal life and my internal life correlated. … What we’re talking about here is an individual who has a drive to be seen, a drive to be understood, a drive to be loved, which is fundamentally human. It is bare bones; his rudimentary needs that are not being fulfilled. He has taken those things into his own hands. I connected to that.”

The Emmy nominee continued, “And then the conversation with society he is having: What is celebrity? Is there really an American Dream? Is there really an end goal? Can I really be loved by other people without first being loved by myself? But that’s my business, that’s my homework. But all of those questions were there and I wanted to try to answer them.”

Majors noted that “Magazine Dreams” is a timeless story, in part due to Bynum being inspired by a real-life bodybuilder who went to his gym.

“What [writer-director] Bynum did so beautifully in the telling of the story is the world that it’s set in and the people he comes in contact with. It can be happening now. It’s an every day story,” Majors said. “There’s no period or another accoutrement put on top of it to make it seem. … It’s not really genre. It’s real. It’s happening now. It had a flavor of ‘this is a documentary, this is real, this is happening now.”

Bynum revealed that he penned Majors’ character after observing a man who worked out excessively.

“He seemed to be in quite a bit of pain, like physical pain, spiritual pain, emotional pain, but there was something that kept him going there every day,” Bynum said. “He was clearly very ambitious about what he was doing and clearly was very driven about what he was doing. What was most interesting was how the rest of us in the gym were responding to him, because he was an intimidating figure. No one wanted to be caught looking at him, so we all just sort of looked the other way and pretended he wasn’t there. I thought there was something very interesting about a character or individual human who moves through the world that’s both feared and ignored at the same time.”

The filmmaker added, “I don’t know this man at all, but from what I could kind of surmise, it felt like someone who had a fragile soul inside of that and he seemed to have built up this armor of muscle around him. And I thought that was quite interesting for a character. There had been a character previously that I had in mind that I didn’t have a story for, and once I saw this guy at the gym, it seemed like a marriage of the character I had in mind and a profession and a pathological drive, and the two of them came together. From there, I started writing.”

Haley Bennett plays a woman who has “kind of a crush” on Majors in the film. “She really admires who she thinks that he is,” Bennett teased.