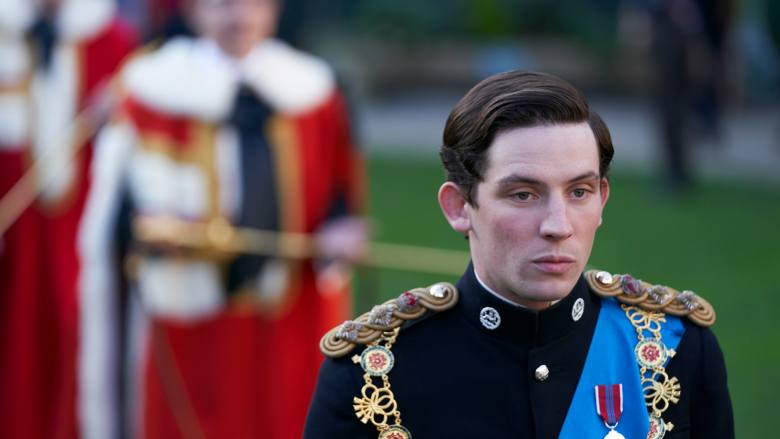 There is not a show on television that checks as many “prestige drama” boxes as Netflix’s “The Crown.” Lushly appointed and politically relevant, it’s also got enough awards to fill a Buckingham Palace-sized trophy room from its first two seasons on the air: multiple Emmys, Golden Globes, BAFTAs, and SAG Awards.

The third season of the show went through the kind of shuffle that could damage lesser projects: Showrunner Peter Morgan jettisoned all of the initial cast to “age up” Queen Elizabeth, her family, and courtiers. It would be called a risk — except those replacements include stalwarts like Olivia Colman, Tobias Menzies, and Helena Bonham Carter. And now, the cast of “The Crown” are nominated for Outstanding Performance by an Ensemble in a Drama Series at the SAG Awards.

It’s a validation for the new cast of the show, including Josh O’Connor, who sat down with IndieWire after the recent American Film Institute Awards lunch, where “The Crown” was honored as one of the best television shows of the year by the AFI jury. O’Connor credits his casting as Prince Charles on having similar ears to the regent-in-waiting — come on now, Josh, Chaz doesn’t also work as a model, like you do  — but it’s the sense of interior churning agony that he brings to the role that proves it’s a perfect match between actor and project.

“Season 3, for me, I had a very clear idea of how to portray Charles,” he said. “It was all about making this young man seem empathetic and kind of like a lost soul. Someone who is a deeply emotional person who has no access to emotional engagement with his mother or his father. Essentially, I wanted people to go away feeling deeply sorry for this lost boy.”

Josh O’Connor as Prince Charles in “The Crown.”

As with every actor on “The Crown,” the challenge is to portray a version of the real-world character without descending into mimicry or pantomime. O’Connor called upon the research staff at Netflix to answer any questions he had, and also delved into history himself.

“Research is my favorite bit,” he says. “I’ve always made scrapbooks for every role I’ve ever played. It’s kind of a bizarre thing that I do…I will put in images or sometimes even smells that help me. I describe it as kind of a sensory bible. If I’m struggling in a scene sometimes, I’ll go to my book and it will help me get into a space. I tried to capture the smell of dirty sports kit — which didn’t really work out, but that would be a perfect one. There’s a sense of his wealth and power and the Old England aristocracy and boarding school life that I think that smell helps me with.”

So does Prince Charles have a theme song?

“He doesn’t have a theme song, but I’ll think about that for Season 4,” O’Connor laughed.

The SAG Awards will air Jan. 19 at 5 p.m. PST on TNT and TBS. Three seasons of “The Crown” are available to stream on Netflix.

This Article is related to: Awards and tagged Direct, Josh O'Connor, Netflix, SAG Awards, The Crown