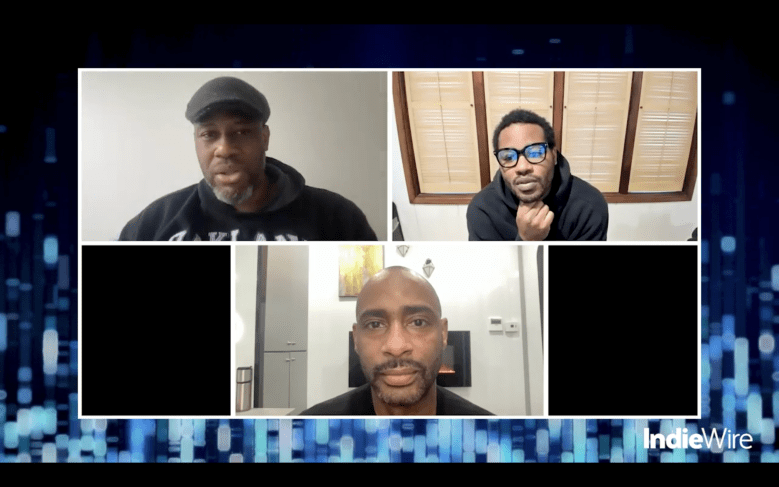 A challenge in producing a film about Fred Hampton, who came to prominence in Chicago as chairman of the Black Panther Party’s Illinois chapter, is meeting the varied expectations of an audience hungry for the commemoration of an international hero.

Shaka King’s studio directorial debut, “Judas and the Black Messiah” is not a Fred Hampton biopic. Inspired by a true story, it’s instead a fictionalized account of events that led up to Hampton’s assassination by the FBI, who coerced a petty criminal named William O’Neal to help them silence the chairman and the entire Black Panther Party. As the title, which went through several iterations, suggests, the film is a two-hander. Producers Ryan Coogler and Charles D. King joined IndieWire in a video conversation about that important designation, how the title was reached, their attraction to the project, how the film broadened their knowledge of the life that Hampton lived, whether O’Neal was himself a victim, and more.

“Shaka had come up with a lot of titles that were creative, unique, really cool spins, but the issue with the original title, ‘Jesus Was My Homeboy,’ was the party’s reaction to the word ‘homeboy,’ because it was a revolutionary organization that had structural bonds, referring to each other as comrades, or military or government titles, like field marshal, chairman, minister of defense, deputy minister of education,” Coogler said. “So that word for the Panthers kind of trivialized their organization in a way that they weren’t comfortable with. Because so much has been taken from them in terms of the lies that were written about them, members jailed for life, assassinated, political prisoners. So we wanted to find a way to be creative while also respecting their dignity. And what we ended up settling on was really wanting audiences to know that this was a two-hander. Because he didn’t want people saying, ‘I’m going to see the Chairman Fred movie.’ But it’s being told from the point of view of the informant that played a hand in his assassination.”

Over five decades since his assassination at just 21 years old, Hampton remains a folkloric figure, especially within the Black community, even if awareness of his life story mostly begins and ends with the particulars of his death. So it was important to everyone involved in the film, scripted by Shaka King and Will Berson, from a story by Kenny Lucas and Keith Lucas, that it be a counter to the propaganda that was and continues to be spread about the Black Panther Party.

Shaka King’s original idea for the film, hatched about six years ago, was ambitious. The touchstone for him was Gillo Pontecorvo’s 1966 masterpiece “The Battle of Algiers,” telling a story that would’ve been broader, encompassing almost the entire Black Panther Party narrative. But lack of time and access to necessary resources were a deterrent. It would’ve meant creating a television series, but he really wanted to make another movie.

The filmmaker met Coogler in 2013; both had feature film debuts (“Newlyweeds” and “Fruitvale Station”) premiering at the Sundance Film Festival that year. They stayed in touch and became friends. Coogler would eventually meet and develop a relationship with Charles D. King of MACRO, and would sell him on director King’s “Judas” script years later.

“By the time Ryan and his Proximity team approached us to partner with them, the basic framework of the kind of two-hander approach was already in place,” producer King said. “But I would say that as we began to formulate the kind of creative and business plan in terms of the scope of it, in many of our conversations, both through development, as well as when we went to market, ‘Battle of Algiers’ was definitely one of the top titles that we used in terms of intensity and the kind of aesthetic. In addition to other movies like ‘The Departed’ and ‘Straight Outta Compton.’ So that was part of the fabric of some of our discussions, but Shaka and Will had already created a great framework of a script that we read and fell in love with.”

Hampton’s words about revolution still echo today, maybe louder than ever. And yet, “Judas” is the first feature-length dramatization of any part of Hampton’s life that prominently features the slain leader, even though the biopic is a Hollywood staple, especially during Oscar season. But when it comes to stories about Black people — especially impactful political revolutionaries like the Black Panther Party — the industry hasn’t demonstrated quite the same degree of enthusiasm.

“Now is a time for us, especially as artists with platforms that have wide reach, to be truly representative of who exactly the Black Panthers were, what they stood for and what they accomplished, despite all the adversity they faced,” said Coogler.

It remains to be seen what effect truths revealed in “Judas and the Black Messiah,” or any potential interference from fact-checkers, will have on Academy voters (albeit a more diverse membership) in any of the categories the film has been submitted for. But the Academy does love biographical stories, and, to their credit, have nominated a number of films exploring the civil rights struggle, including “Selma” (2014), “Hidden Figures” (2016) and “BlacKkKlansman” (2018), and “Judas” resonates even more strongly against the backdrop of a national racial reckoning in response to continued incidents of police violence. So its viability as a multiple Oscar contender is certainly not a long-shot.

Should the film be nominated for Best Picture, it would be the first with an all-Black producer team ever to do so.

For the full conversation with Coogler and King, watch the video at the top of this story.

Starring Daniel Kaluuya and LaKeith Stanfield, “Judas and the Black Messiah” is now in select theaters, and streaming on HBO Max.

This Article is related to: Film and tagged Charles D. King, Direct, Judas and the Black Messiah, Ryan Coogler, Video