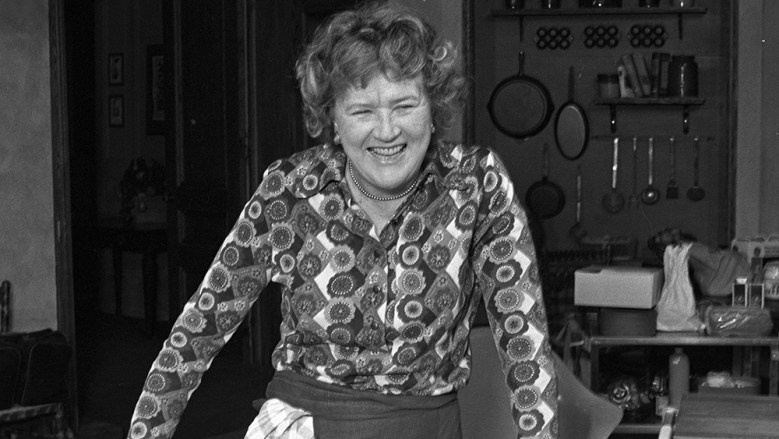 Prolific directing duo Betsy West and Julie Cohen are building a catalog of documentaries that celebrate unsung figures in recent American history, specifically those that impacted the role of women in society. These include their Oscar-nominated film “RBG“ and 2021 release “My Name is Pauli Murray,” about the non-binary Black activist and lawyer.

With “Julia,” a thorough portrait of pioneering chef Julia Child, they take a break from the overtly political to rediscover a television personality that enacted change one recipe at a time on television screens. A bus ride where they discussed some of the not-so-tasty dishes they’d eaten as children partly sparked their interest in Child’s storied life among several others they were considering.

“It was really just a process of looking through and thinking, ‘What’s an amazing story of a groundbreaking woman that would allow us to not only do a biography, but also say more and dig into culture?’ said Cohen during a Q&A as part of the International Documentary Association screening series. “The thought of doing a film that not only told Julia Child’s incredible story, but also the amazing transformation of how Americans think about food, was just really appetizing for us.”

The Julia Child Foundation was supportive of their endeavor as it felt a documentary like this could contextualize Child’s influential career beyond the focus on the affectations have become part of pop culture. “A lot of people know the caricature of Julia child from the ‘Saturday Night Live’ impression, and yet don’t totally understand the extent to which Julia really changed the world for all of us,” said West. Watch the video of the full conversation between the filmmakers and IndieWire editor-at-large Anne Thompson.

With admirable self-confidence, Child attended the famous Le Cordon Bleu school in Paris at a time when women’s relationship to cooking was seen as limited to being housewife and not a chef. Always a trailblazer, she later led the way for women in television with shows such as “The French Chef.” West points out that seeing a middle-aged woman on television in the early 1960s was unheard of, a phenomenon that created new possibilities for women and new culinary horizons for viewers in general.

While the foundation was on board, the bulk of the footage came from the Schlesinger Library at Harvard, which houses a large women’s history collection, as well as several PBS stations and ABC, where Child had hosted shows. “Julia” also includes clips that showcase her significance in France and even Asia, with her trips to Sri Lanka and China. Finding those instances of her global footprint was both a challenge and joy for West and Cohen.

The entertaining and unpretentious tone of the film, the directors think, resembles that of Child’s personality and approach to her work. Serious about her cooking, she also exuded a bright energy. Her utter authenticity — she was famously unafraid of making mistakes on camera — connected with audiences as she shared her wide-ranging knowledge.

Making food and its preparation into a character in the film was crucial for the filmmakers. Each of the recipes that appear in the film is one of Child’s, recreated not as props but as delicious dishes the directors took home to enjoy. Cook and food stylist Susan Spungen, who previously worked on the fiction title “Julie & Julia” (in which Meryl Streep played Child), helped them figure out how to include the dishes in a way that reflected Child’s own relationship to food. The shooting of these mouthwatering creations took place on both sides of the Atlantic with two women DPs.

“We shot simultaneously because of COVID, but it was all supposed to be in one kitchen. We recreated an authentic Julia kitchen in New York and we ended up shooting with our regular cinematographer Claudia Raschke in New York and our food specialist cinematographer Nanda Brédillard in Paris shooting the same dishes, but in different ways. And then Carla [Gutierrez] integrating them in the edit room,” explained Cohen.

Like their previous subject Supreme Court Justice Ruth Bader Ginsburg, Child was a late bloomer as far as professional success is concerned, and that drew both West and Cohen to her story. Child didn’t make her screen debut until she was 50.

“It’s just so opposite of how women are usually portrayed in documentaries — and in narrative films, for that matter,” noted Cohen. “It’s just a storyline that I think appealed to us for reasons that probably need not be made explicit. Women over 50 finding themselves, rocking, having supportive feminist husbands and being sexy is something I think that we’re in favor of as not your typical Hollywood portrayal, but a way that we really love showing women.”