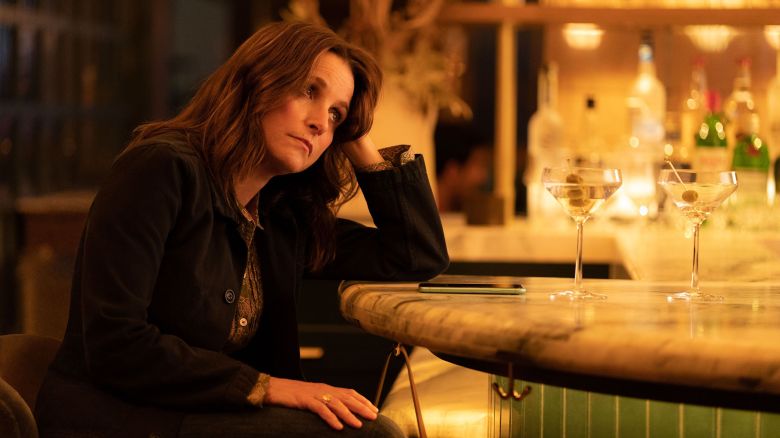 The star of “You Hurt My Feelings” gushed about collaborating once more with “good friend,” director Nicole Holofcener. The dramedy stars Louis-Dreyfus as a novelist who questions the state of her marriage. Her husband, played by Tobias Menzies, is a therapist who doesn’t shy away from sharing just how underwhelming he finds his wife’s books to be.

“Nicole is in fact incredibly collaborative, and that sense of real, mutual respect and a sense of play and fun is in place the entire time,” Louis-Dreyfus told the 2023 IndieWire Sundance Studio, presented by Dropbox. “She has the confidence, as an artist and as a director, to do that. We’re all the beneficiaries, and the film benefits from it.”

And the tightness of the 90-minute film adds to the many benefits of Holofcener being at the helm, along with “Walking and Talking” editor Alisa Lepselter.

“The editor is almost the unsung hero of a film, shall we say,” Louis-Dreyfus said. “But when it comes to timing, both for drama and comedy but specifically for comedy, if it’s not in place, it can be a butchery. It can be total nails on a chalkboard if you’re not with the right person.”

Holofcener agreed, saying, “I cut out a lot of stuff. I want it to be tight. I don’t care if I lose things.”

She added of Dreyfus, “I was smart enough during ‘Enough Said’ to listen to this woman [Julia] as much as I could, and anything that came out of her mouth usually ended up in the film, whether I wrote it or not. And this one, just even more. I knew I could do that, I knew it could be fun. I don’t know, we just get each other.”

In fact, Holofcener immediately pictured Louis-Dreyfus in the main role.

“I knew how brilliantly she’d do this. If I was wondering if this was too sappy or too silly, I was like, ‘No. It’s going to work out. She’s just going to nail it,'” Holofcener recalled, citing their shared sense of humor. “My movies are so personal, so I feel like, ‘Well, if you really like me but don’t get my movies, then I instinctively feel like you don’t get me,’ which is weird because they’re not me. And yet, I’m so vulnerable and sensitive to that. I just thought that was an interesting thing to ponder and play out.”

Thankfully Holofcener caught Louis-Dreyfus amid her record-breaking year of starring roles, including recent turns in Kenya Barris and Jonah Hill’s Netflix comedy “You People” and joining the Marvel Cinematic Universe.