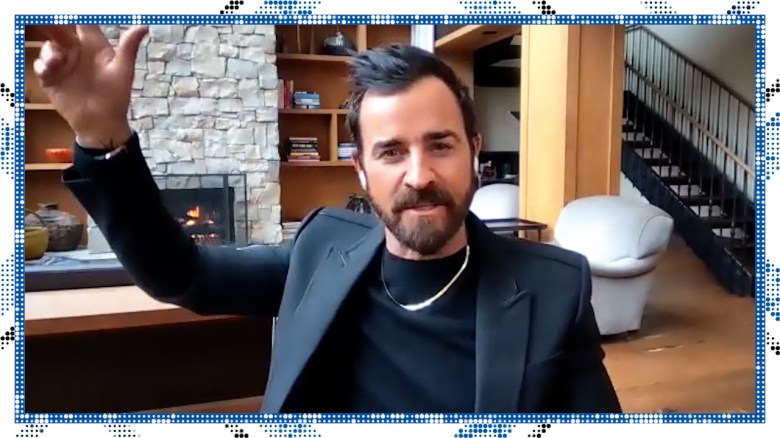 [Editor’s Note: The following interview contains spoilers for “The Mosquito Coast” Season 1, including the finale. The video above is produced by IndieWire’s Creative Producer Leonardo Adrian Garcia.]

Savvy viewers of “The Mosquito Coast” likely noticed how showrunner Neil Cross chose to bookend his first season, but that doesn’t mean it’s easy to explain.

Episode 1, “Light Out,” ends on Allie Fox, the wily leader of the Fox family played by Justin Theroux, as he stares at his teenage daughter, Dina (Logan Polish), who’s just freed him from the back of a cop car by slamming into it with the family truck. In that moment, a torrent of emotions scatter across Allie’s face: shock and fear, to be sure, but there’s pride and admiration, as well.

“It’s one of the things I love about the story,” Theroux said. “His son probably wants to be his dad so badly, and probably will never be his dad. His daughter wants nothing to do with him, and at times absolutely reviles him, but is probably the most like him. I always thought of that moment as handing her the keys, and then having her accept them. […] It’s a bonding moment — as demented as it is. She just rammed a cop car, smashed the window, and dragged him out, but […] he’s realizing, ‘It’s working. Whatever I’m doing, my parenting is working.'”

If that scene marked the start of the Fox family’s journey, then the finale, fittingly, brings it home — also through a heavy reliance on Theroux’s revelatory mug. In the closing moments of Episode 7, “The Glass Sandwich,” Allie & Co. have made their way through Mexico, sprung Charlie (Gabriel Bateman) from jail, and are setting sail for toward their own piece of freedom. But along the way, things have changed. Margot (Melissa George) doesn’t trust her husband like she once did. Charlie and Dina saw things they can’t unsee.

Gazing into the sunrise, refusing to look back at his unhappy family, Allie’s expression again contorts into a dozen conflicting emotions. He’s laughing, but tears are filling his eyes. There’s a sadness creeping across his brow, as his bleeding nose sinks with worry, but the smile pushes everything back up, insisting on a twisted kind of bubbly optimism.

“As far as that actual moment is concerned, what I love about it is that the thing that helps that moment is all the beats leading up to it: tight on Dina, tight on Margot, tight on Charlie, and this is clearly not the Shangri-La that they were promised — but to Allie it is,” Theroux said. “He’s done everything he said he was going to do for his children, and that he also finally feels like he’s clipped the chains off the family, and they’re now free to live their lives. That’s really all I was playing: just the joy of freedom. Obviously [he’s] not absorbing where they are all at, but this is his Shangri-La, and at least for a moment, he’s not going to look into the eyes of his family. He’s going to appreciate the endeavor.”

Theroux isn’t one to dig too deep into his own acting. Over the course of two interviews about his Apple TV+ drama, the star heaps praise on his co-stars, credits his directors for getting out of him whatever is needed, and generally steers toward talking about the series over his role in it.

“No matter what I’m doing, I always think of myself in an ensemble because everything is an ensemble, whether you like it or not,” Theroux said. “I don’t even like the word the ‘lead’ of a show. I always think of it like we’re all parts of a clock, and we have to all do what our little part does in order to make the whole thing work.”

But if he won’t say it, plenty of others will. After a landmark turn in HBO’s “The Leftovers,” “The Mosquito Coast” serves as Theroux’s return to , er, top-billed duties in an ongoing series — and critics took notice. Sonia Saraiya wrote in Vanity Fair, “Theroux is particularly good at making the most of the wide berth the script gives the actors — he can fill in the gaps with his thoughtful portrait of Allie, playing up his delusions at some moments and his charismatic, chameleonic skill for getting out of trouble in others”; Brian Tellerico in The Playlist said Theroux “finds the perfect low-key-but-dangerous register” for his character; Judy Berman at Time called him “dynamic and layered,” and a certain critic at IndieWire had a few positive thoughts, as well.

Justin Theroux and Melissa George in “The Mosquito Coast”

It’s not that “The Mosquito Coast” is wholly reliant on Theroux’s performance — one could argue he’s not even the most important Theroux on the project, considering his uncle, Paul Theroux, wrote the book on which it’s based and also serves as an executive producer — it’s more that Theroux has been churning out work that’s as enamoring as it is surprising for decades now. He refuses to settle for similar gigs, playing the same type of characters over and over, and that makes every new role he unveils an exciting event to behold.

“When choosing to do a series, the thing I’m always extra cautious about is making sure that there’s a character who has multiple facets, so I’m not going to get bored playing [them],” Theroux said in our first interview. “My idea of hell is doing a cop show where I’m just a detective who finds a body, solves a crime, goes to court, gets them convicted, and then the next week, finds another body. I like characters that grow and evolve.”

That preference stems in part from how he looks at projects.

“When I read a script, I read it twice,” Theroux said. “Once I’m reading it as what I have to do, and then I’m always, in the back of my mind, thinking of what the episode has to do, or what the story has to do. It’s sort of going to 40,000 feet, then back to three feet, then back to 40,000 feet, and back to three feet, and making sure that it all kind of works. I’m really not thinking of it like a producer. I’m thinking of it as a writer.”

Those instincts have served him well, whether it’s in building out a wild character like Dr. James Mantleray in “Maniac” or finding new levels within a suburban husband and father in “The Leftovers” (both of which you can hear more about in the above video). But on “The Mosquito Coast,” it also gives him an appreciation for what the series has accomplished as a whole — because of course it does. While many may see the visual bookends of Season 1 in Theroux’s ineffable expressions, since they’re literally staring viewers in the face, what he loves about the season is another full-circle moment entirely.

“There’s a fun little tidbit at the very beginning, in the first episode, when he’s got the idea to get a boat,” Theroux said. “What I love about it is that he’s actually made good on his promise. It’s a hugely club-footed version of his promise, but he’s said, ‘We’re going to Mexico. We’re going to get a boat. No one is going to find us — you don’t get any free-er than a boat.’ And in the background of that scene, where I’m pitching Margot on getting a trawler, you can hear ‘Kokomo’ playing on the radio in the background, which is also the song that we go out on. So there’s that bookend, as well.”

Whether it’s with his onscreen performance or off-screen analysis, Theroux gets you where you want to go.