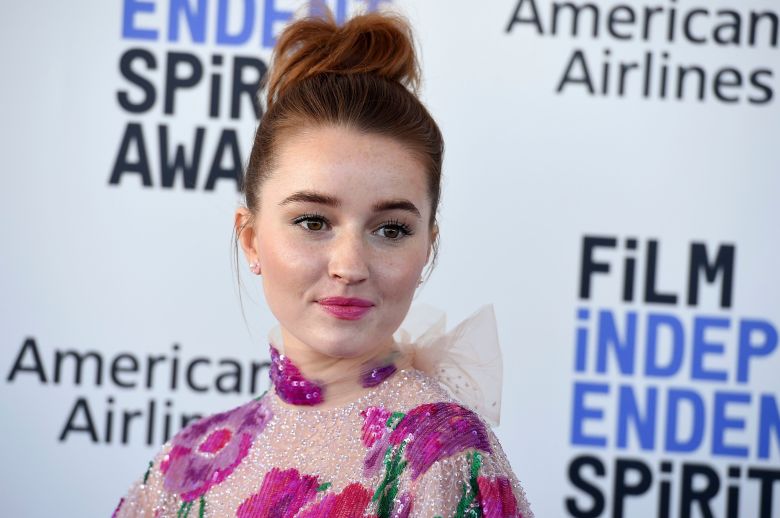 On the surface, the magic of acting is simple. A person pretends to be someone or something else.

Kaitlyn Dever is the latter. An industry veteran at the robust age of 23, Dever is as well-spoken and thoughtful as you might expect from someone who booked her first Hollywood roles at the age of 12. But she’s wildly different than you might expect based on her most prominent roles.

For many film fans, their first significant exposure to Dever’s work came in Destin Daniel Cretton’s brilliant 2013 film “Short Term 12,” set in a group facility for troubled teenagers. The movie boasts a bevy of young talent, including Brie Larson, Rami Malek, and Lakeith Stanfield, in addition to Dever who plays a defensive, self-harming teen, whose precarious family situation is both physically, mentally, and emotionally unhealthy.

Some television audiences were ahead of the curve when it came to Dever’s talent, however, depending on their viewing preferences. While the actress bounced around doing one-off episodes of “Modern Family” and “Party Down,” it was Dever’s turn in 2011 as Loretta McCready on “Justified” that captured the critical conversation, as she delivered a performance as the wise-beyond-her-years kid playing a dangerous game, thanks to her drug-dealing father. At the same time, the actress debuted as the youngest daughter on Tim Allen’s “Last Man Standing,” a show with eight seasons in the books (and counting) and still counts the actress among its recurring stars.

The point is that Dever is a far cry from those secretive and brittle characters she’s portrayed with such depth. Naturally effervescent, the actress spoke at length about the emotional toll of filming her recent Netflix limited series, “Unbelievable,” in which she portrays real-life rape victim Marie Adler, who recanted her accusation and her unwitting connection to a criminal investigation of a serial rapist a thousand miles away.

Above all else, Dever was committed to honoring the woman whose story she was sharing.

“I really stayed in that world. I stayed in the isolation feeling and all of the emotion that was going on, and not on purpose,” Dever said during the above video interview. “I think it was because I put so much pressure on myself to make it as good as it could possibly be and to do it right that I got lost in it a bit.”

It’s just the tip of the iceberg from the “Booksmart” actress who spoke with us from her sun-dappled kitchen about the role that left her profoundly changed.

“Unbelievable” is streaming now on Netflix.