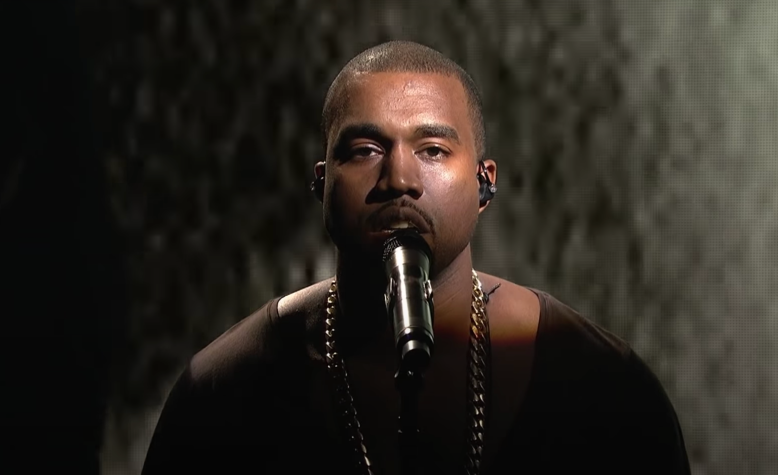 It may seem like Kanye West is living the American Dream, but like in his lyrics, sometimes the people at the top have the lowest self-esteem.

Ahead of the highly-anticipated premiere of Netflix documentary “Jeen-Yuhs: A Kanye Trilogy” at Sundance, Kanye “Ye” West took to Instagram to call for final editing control, despite not being credited as a producer or in any other capacity on the film other than being its subject.

“I’m going to say this kindly for the last time: I must get final edit and approval on this doc before it releases on Netflix,” West captioned. “Open the edit room immediately so I can be in charge of my own image. Thank you in advance.”

The film, which charts West’s career and friendship with co-directors Clarence “Coodie” Simmons and Chike Ozah over the course of 21 years, is slated to be released in three parts starting February 16 on Netflix.

“From my understanding, [Kanye] hasn’t seen it yet,” Coodie exclusively told IndieWire while in conversation with Managing Editor Christian Blauvelt during the Indiewire Studio, presented by Adobe, at the 2022 Sundance Film Festival. “His team has seen it and I believe they showed him something. But I’m not certain. I haven’t had a conversation with Kanye about it.”

And if West disagrees with any presentation of his past, Coodie reminded audiences that that’s just it, West’s own history. “We have to be true to the story. We can’t sugarcoat nothing. Everybody is going to have their own opinion,” Coodie said.

“I would hope he appreciates everything, because we’re just showing real life. We’re not making anything up, we didn’t write it. Anything that he did that he might cringe on, is what was done,” Coodie added. “What I feel is going to touch Kanye is Donda, scenes with him and his mom. I feel like our spirits live forever, no matter what, and her spirit was with us throughout this whole film. It was amazing the footage that we were finding. I just feel like we’re energy, and that’s what it is. It’s the perfect time for Kanye to hear that.”

After years of waiting to release the documentary, Coodie and Chike decided to move forward when the timing was right.

“We showed Kanye the sizzle of what we’ve been doing,” Coodie recalled, despite Kanye holding off on going through footage with the filmmakers.

The film was almost released following West’s “breakthrough” during his “Saint Pablo” album tour, but it just wasn’t in the stars.

“To me, it felt like he was crying out for help in that moment. He called me and Chike to come to L.A. and of course once the business started going, it went to nothing,” Coodie said. “But I just sat back like, ‘It’s going to happen one day.’ … You have to learn, it’s insanity if you don’t learn from your mistakes, if you do the same thing over and over again. We learned we had to put it together. It worked.”

Chike, who directed West’s iconic “Through the Wire” music video, added that West’s hesitation over the years only added to their final product: “At the time that we would have done it initially, our learning curve as filmmakers grew exponentially,” Chike noted. “So we always said, everything we ever did was a rehearsal for this moment, for this film.”

“Jeen-Yuhs” captures Coodie and West’s immediate bond after meeting at a Chicago barbershop in the late 1990s. Coodie remembered first hearing West’s “H to the Izzo” beat before it was sold to Jay-Z; Coodie began following West’s career with the Go-Getters rap group, and declared he would film West for a “Hoop Dreams”-esque doc.

“[In ‘Hoop Dreams’] they didn’t make it to the NBA, yet Kanye made it through the Grammys to run for president. That’s the story to tell,” Coodie explained. “It’s for the dreamers. We all have a genius in us. You just have to discover it and move with faith, and the world will see that genius as well.”

“When you think about all those hours of footage, it could be quite daunting and intimidating to figure out where do you start. It’s like a needle in a haystack with all those footage and the right tape and the right moment,” Chike said. “Some of the stuff you couldn’t even write, and it couldn’t be written better. We always say God directs our video, God is in control of our life, and He put the perfect story in front of us.”

One of the career-defining moments caught on camera?

Chike pointed to Kanye’s car accident that fractured his jaw soon after landing a record deal. “That’s a thing that pulls you back now from your goal and now he’s got to go 10 times forward,” Chike reflected. “Every single time, the climaxes were right there. We just had to place them.”

He continued, “And then we just had to kill our darlings: ‘It’s a great moment, and this could go viral if we put it online, but it’s not moving our story forward, so we have to get rid of it.'”

The “archetypal hero’s journey” with West is declaratively not solely a film about Kanye. Rather, it’s a documentary about an enduring friendship.

“This is not a Kanye West documentary,” Coodie stated. “Kanye would have to have an affinitive documentary from birth. After I stopped filming him, [other] people have been filming. He has so much footage on himself so when he does his affinitive doc, that’s going to be the doc. I’m pretty sure it might be done differently with interviews or however they’ll do it, but I’m pretty sure that’ll be the next thing for Kanye.”

Coodie admitted that he “lost touch” with West for a while, but that “God kept bringing it back together.” Part Three of the documentary was admittedly the “most challenging part” because Coodie was not closely in West’s new inner circle.

“He’s just ingesting Kanye the same way everyone else is ingesting Kanye, through the media,” Chike pointed out of Coodie’s experiences in recent years of West’s life, before he ultimately accompanied West to the Dominican Republic, to San Francisco, and to his ranch in Wyoming in 2020.

Coodie also chose not to film certain recent events with West, including portions of his visit to Wyoming and one of West’s rants while in the Dominican Republic where the rapper mentions being on bipolar medication.

“Definitely, when it came to the moments where I turned my camera off, the way we portrayed it in the film, it was more serious than that,” Coodie admitted. “I just never filmed this part of Kanye before and I really wanted to pay close attention to what was going on, because like I say, he’s a brother.”

Coodie continued, “I didn’t go out there to film, I went out there because I was concerned for him and I wanted to be around him and give him some positive energy. A lot of the footage in San Francisco is from an iPhone. But I was there as a brother, not as a filmmaker.”

So where do Coodie and West stand now?

“I think when you love a person no matter what, you always have that love for them, no matter what they do. Sometimes when I would see certain things like with Taylor Swift, I might cringe a little. But if he needs me, I’m going to be there, no matter what.”

Coodie reflected, “I feel like he will appreciate it, just to see his life. When I went to show him one time and we didn’t get to watch it, I just let him know, ‘When we do watch this, you have to be around everybody that loves you when you watch this film.’ That’s his life. That’s our life together, but he’s the protagonist. He is that person. I will always tell him, ‘When you watch this, watch it with us so we can all laugh and cry together. That will make it magical.'”

And Coodie had a special message for West:

“No matter what he’s going through, no matter what he did to me or whatever the case, I’m going to always be there for my brother. God put us together for a reason, and I’m just happy that we do have that relationship.”