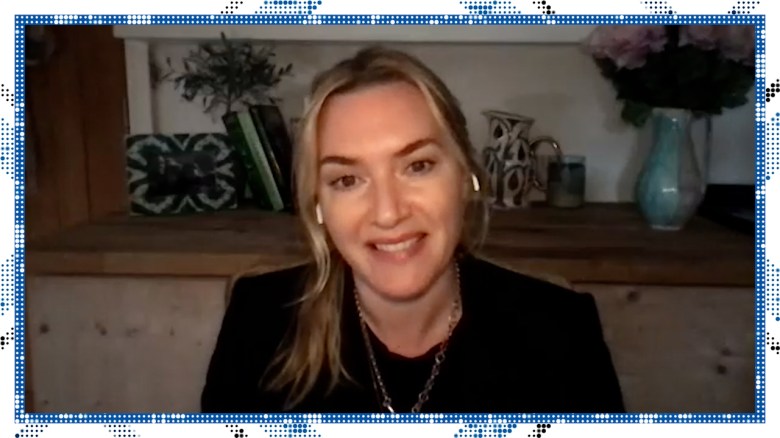 If you’re here to read about Kate Winslet’s body or hair or wrinkles, this is not the story for you.

Much (much, much) has been made about Winslet’s messy hair edict on the set of “Mare of Easttown” and her ongoing war against sanitizing the image of her character — police officer Mare Sheehan — or herself, to a photo-shopped, picture-perfect facade. And while so many of those articles focus on the lack of vanity and commitment to being “real” that Winslet is working to protect, there seems to be a subtext to the Oscar-winning actress’ actions. In some ways, it feels like through “Mare,” Winslet is making a statement: “See me. See me as I am. I’m okay with it and you should be too.”

In a lot of ways it’s actually the opposite of what the titular character wants from the world. Still reeling from the suicide of her son several years before, Mare has cryogenically frozen her grief, to better process at a later date. But that refusal to process her emotions keeps her family and friends at arm’s length, unable to to aid their bereavement process and committed to not burdening anyone with her own.

The audience quickly learns that Mare is a fairly competent cop, a keystone of the community, even as she sleepwalks through her life in a Rolling Rock-induced haze. When a murder and kidnapping are suddenly dropped on the town’s doorstep, it’s Mare who takes the lead, and while her investigation shows sparks of brilliance, it’s clear that her detective work remains a shadow of what it once was.

“Mare is at the epicenter of that world and absorbs everyone else’s problems whilst not dealing with her own,” Winslet said to IndieWire in the first of two recent interviews. “And I don’t know, there was something about her that almost broke my heart because she’s so overloaded with life and and barely functioning but appearing to function incredibly well. And to be able to be that strong and cover up your grief and personal anguish to the extent that she is able to, I found really heartbreaking.”

“I knew that it was going to be a very immersive, challenging experience playing her and it did really take over. She almost became like an alter ego for me,” Winslet said. “Like I miss playing her. That’s how much I loved her.”

John Douglas Thompson and Kate Winslet in “Mare of Easttown”

Likely part of what the actress developed such affection for was the character’s dedication to not not being an asshole, spending much of the series equal parts exasperated and irritated, a wounded dog just as likely to lick your hand as it is to rip that hand off wholesale.

“I think they [Mare’s family] both love and loathe Mare at any given moment,” she said. “It’s a knife edge with Mare, you just never know. You never know what you’re going to get on any different day, literally, depending on what side of the bed she slept that night. She’s a very volatile, tricky person.”

“But at the same time, I think they all know how much she loves them. And they know how to sort of love her and handle her in equal measure. And that’s the dance. That’s a fine art. And they all just about do it. But I think they are all unified in their fear that if they push Mare too much to talk about her grief, she’ll just fall apart. And they don’t want that to happen to her. I think they’re scared of putting her through that because she’s already been through so much.”

One of the things Mare had been through was taking over guardianship of her grandson Drew after his father’s death. It was the first time the 45-year-old actress played a grandmother, a role she ended up relishing, in no small part thanks to her tiny co-star.

“I mean, it was it was completely lovely,” Winslet said. “Drew becomes the apple of all of their eyes. I was with all those children that they auditioned for that role. And [Izzy King] was the last little boy that came in, and it was absolutely crystal clear that he was our kid. He was just so sweet and kind of wide-eyed and fascinated and engaging. And he really listened. He was absolutely fantastic and he just became part of our world. He was absolutely brilliant.”

Of course, talking about King would be remiss without asking after his spectacular entrance into a scene in Episode 5, during which he hops into the room doubled over and backwards, letting his rump take the lead before quickly being hustled to bed by great gran Helen (Jean Smart).

“That’s his little thing. That’s something that he does. It’s called the bullet,” she explained. “So we put it in the show. We’re like ‘Hey Iz, can do you the bullet?’ and he’d be like, ‘Aw, not again.’ And then he’d do it.”

In Part 2 of this Kate Winslet Awards Spotlight on Sunday, we’ll dig into the darker elements lurking within Mare’s history and heart, as well as the star’s first endeavor into executive producing. Plus, Winslet’s insight into why Julianne Nicholson had to play Laurie.