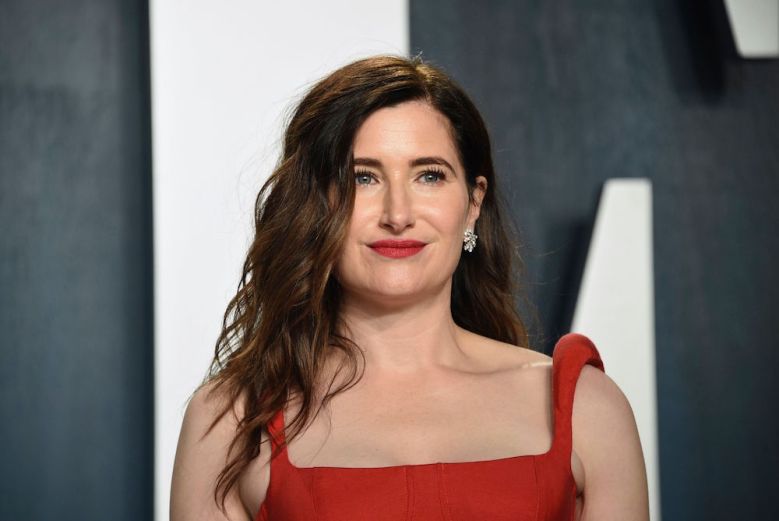 After years of incorrigible spotlight-stealing in supporting roles and indie gems, everyone knows Kathryn Hahn is an all-star utility player — but “I Know This Much Is True” pushed her resourcefulness to new extremes.

Her first day on set doubled as her first scene in the HBO limited series, as Dominick (Mark Ruffalo) peers through the windows of his ex-wife’s van, right before Dessa (Hahn) finds him. The two weren’t expecting to see each other, and even though viewers aren’t yet privy to their tragic past, their brief, tender exchange immediately conveys a shared history.

“Just right off the bat, I knew it was going to be such a dream,” Hahn said of the project. “I got to put my fingerprints all over the van. I got to arrange stuff. [Director Derek Cianfrance] gives actors a lot of autonomy to make [each scene] theirs.”

That same courtesy extended to a later episode’s flashback, when Dessa and Dominick were still married. Cianfrance not only encouraged his actors to explore, invent, and try out unscripted choices during the shoot, but he invited Hahn to work on her character’s staged house, so she felt at truly at home while shooting the scene.

“Our house was the same thing: I had half a day to go in there and put my fingerprints on everything, rearrange furniture, make sure everything could feel like a home — that I wasn’t walking in there and feeling like a guest. What a fucking luxury,” she said. “No one would ever know that, or need to, but that kind of texture does matter.”

Texture is a great way to describe what Hahn brings to “I Know This Much Is True.” Primarily the story of Dominick and Thomas Birdsey, twin brothers played by Ruffalo, the six-part limited series enlists Hahn’s character intermittently; like much of the series, her scenes are often packed with psychological turmoil, as viewers come to learn why she left Dominick, how they’re still connected, and Dessa’s immense empathetic capacity.

“The challenge for all of us in these supporting parts was going to be how to keep the weight and the history going when you’re kind of bopping in and out of [production],” Hahn said. “I felt very empowered to figure her out, both with Mark and by myself, without thinking it was overthought, intellectualized, or micromanaged. I was able to walk into those scenes and feel very much part of that world — very rooted in it, which is hard, because sometimes you do feel like a guest, coming in and out of it, and you have to find that history in a short amount of time.”

In Episode 5, Dessa tries to talk to Dominick about taking care of himself without letting go of his brother, which leads him to lash out at her. Watching Hahn’s face, framed in extreme close-up, is like seeing a fighter getting pummeled in an emotional boxing match. His first angry words are jabs; her head bobs backward and her expression twists ever so slightly. But she keeps pushing him until his vehement remarks connect like an uppercut, leaving her speechless. A single tear rolls down Hahn’s cheek, as Dessa realizes she’s been knocked out by someone she only wanted to help up.

“Those [kind of moments] were all found on the day — those pieces and movements,” Hahn said. “It’s why I really loved working with Derek. Within the given circumstances of the adaptation, there’s a breadth of exploration. He wants to be surprised. I love that in a director. Nothing is predetermined, in terms of what a scene is going to look like.”

Hahn has been stretched to the extreme over the last few years, leading to five Emmy-eligible roles in 2020. In addition to “I Know This Much Is True,” her goodbye in Amazon Prime’s “Transparent” finale, and providing strong guest work on “Bob’s Burgers” (Episode 13, “Three Girls and a Little Wharfy” — seek it out), Hahn reunited with “Bob’s” creator Loren Bouchard for a series regular role in “Central Park,” and took on lead duty in HBO’s 2019 limited series, “Mrs. Fletcher.” Across these five roles, she sings (twice), dances, weeps, cracks jokes, and shot an extended self-spanking scene that’s both hilarious and revealing.

“‘Mrs. Fletcher’ was a real learning experience,” she said. “Performance can be cumulative. Day after day, the more you do something, the more you learn about who you’re playing — especially, I guess, for a bird like me. It’s hard for me to intellectualize stuff. I’d rather just do it.”

That makes a lot of sense, for an actor who can clearly do it all.

“I Know This Much Is True” and “Mrs. Fletcher” are streaming now on HBO.

This Article is related to: Awards Season Spotlight and tagged Direct, I Know This Much Is True, Kathryn Hahn, Mrs. Fletcher, Video