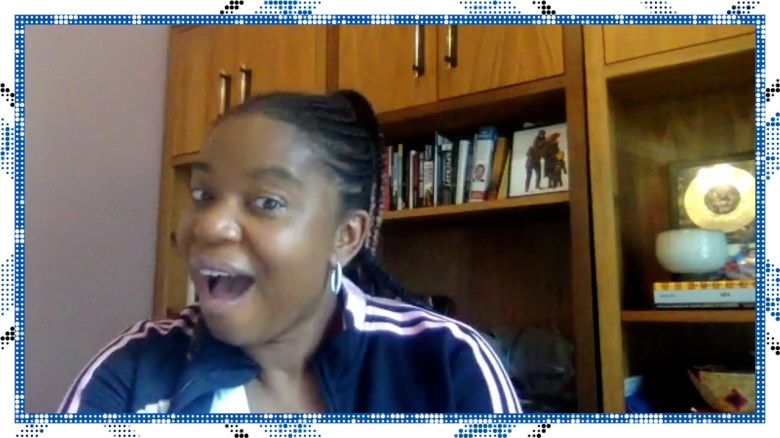 Great art is all about balance. That’s not to say that works can’t be extreme or outrageous, but rather that even within a creation’s own extremity or outrageousness, there is a center. And just below that center, there is genius, atop which every element is perched.

Premiering on Starz in July 2020, “P-Valley” is a drama series that explores the lives of employees at “The Pynk,” a strip club in the heart of the Mississippi Delta. Born from the mind of Pulitzer Prize-winning playwright Katori Hall, “P-Valley” began its life as a play, “Pussy Valley,” but proved to be an imperfect version of the story that Hall was hoping to tell. A story of people so marginalized by society that their only way up is via physically-demanding, artistically-inspired sex work, as set within genre that Hall calls “Delta Noir.”

Often when they dance, the women end up suspended in mid-air, dozens of feet above an unforgiving stage. What looks like magic is, in reality, an excruciating combination of friction and core strength, a practiced facade of effortlessness. It is balance.

But how does a decorated playwright even end up a first-time showrunner on a series with an unmatched degree of difficulty regarding execution?

“First, it was embracing the fact that the play had failed,” Hall said in a recent interview with IndieWire. “Failure is good. Failure gives you information. Failure leads you to the light.”

“Obviously a light bulb went off in my head when I saw it, and I was just like, ‘Oh my God, there’s too much going on, there’s too many characters. I want to spend years with them, not just two and a half hours. I want Uncle Clifford to be in my living room for as many years as he can.'”

To do so required a painstaking amount of effort to get right, but when it came to creating “P-Valley” that was nothing new for Hall. Before the idea of a TV series was even a glint in her eye, Hall spent six years trying to understand the world that she was attempting to depict. In club after club, house after house, meeting, spending time with dancers, breaking bread with women and attempting to understand every nuance of their lives and livelihoods. She celebrated her 30th birthday, yes, at a strip club, but not at the main stage, in the backroom, in the locker room, connecting with the women who would inform her labor of love.

“As a woman walking in this world, knowing that my particular lived experience oftentimes does not get an opportunity to be seen in such a nuanced way, I knew that I had to do it for these women because they’ve often been so misrepresented and misunderstood. It was this feeling of great responsibility that I placed upon myself, especially because they were so human to me.”

After six years of research, Hall faced four years of development, honing her series and fine-tuning “P-Valley” to be everything she knew it could be. But she wasn’t alone on her journey.

“It’s a huge, diverse body of people,” she said of her crew. “I was running through with the percentages and I was like, ‘Oh, it’s mostly women. It’s mostly people of color. It is mostly queer,’ like the blueprints that we were giving over to our craftspeople, you could tell that there was a lot of different types of hands on the wheel.”

“It was my first time running a show so I had to rely on the team that my producers, line producers present me with. Who the right post producer might be, who the right production designer might be, getting recommendations from them and going through a very intensive interview process where I had such a clear vision and was able to kind of like download into them the things that I wanted to do in terms of this Delta Noir aesthetic that I was really striving for.”

That singularity of vision was vital for maintaining the integrity of the product that Hall was determined to produce. To succeed, everyone involved with the show needed to understand what — and whose — story was being told, a reality perhaps best captured by a recurring motif that often arises when a woman was deep in a pole routine that demanded complete control, during which time the audience would be placed wholly within the dancer’s POV and the music and cheers would give way to her own exertion, her strain, the darkness and the blinding lights; the work.

“I was adamant that we’ve got to always show the grit beneath the glitter, the shit beneath the shine. And that extended to the actual physical exertion,” Hall said of those moments, laughing as she explains that it was only after attempting to pole dance herself that she could really wrap her head around the athletic masterclass put on by the dancers. “An audience needs to understand from the inside how hard this is so that they can respect it even more.”

“I think it’s very easy to be wowed by the spectacle and embrace the spectacle. That’s awesome, that’s cool, glitter is important, but to understand how you do have to grit your teeth sometimes to get to the top of the pole,” she said. “And for me, it’s just a metaphor for being a woman in this world point blank period. And to be able to do it and to do it with style to the point where it feels as though you’re crashing through the sky.”

“My own experience obviously inspired me to make sure that when we lensed it and put it in front of an audience, that we use this idea of the subjective experience, this idea of the female gaze, to really put the audience up on the pole with our characters and also maybe even inside of their POV, like we were able to do it a couple of times over the first season, and hopefully we’ll continue to do it in the second season.”