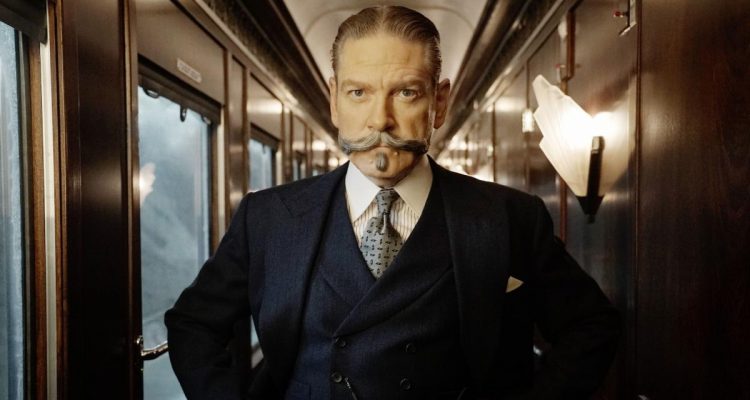 We tend to think of Sir Kenneth Branagh as a master thespian. But look at his five Oscar nominations: they are not only for acting (“My Week with Marilyn” in 2011, “Henry V” in 1989), but for writing (adapting Shakespeare’s “Hamlet” in 1996) and directing (“Henry V” and live-action short “Swan Song” in 1992). Born in Belfast and trained at RADA, Branagh brings authority to his performances in theater (“The Entertainer,” “Macbeth”), television (existential Swedish detective “Wallander”) and film (Commander Bolton in Christopher Nolan’s “Dunkirk”). And Branagh’s got a twisty role in Nolan’s time-travel thriller “Tenet,” which he calls a “big, bold movie, and a hell of a way to return to the pleasures of film-going” — whether or not Warner Bros. opens it on July 17.

Check out our exclusive video interview with Branagh, above.

Like many actor-directors, Branagh juggles performing and directing assignments, and often acts in films he directs. Since his superb 1991 directing debut, romantic neo-noir “Dead Again,” co-starring his then-wife Emma Thompson, he has indulged his love of Shakespeare many times, directing and starring in seven films based on his plays (“Much Ado About Nothing” starred Denzel Washington and Keanu Reeves); “A Midwinter’s Tale” is set during a country production of “Hamlet”; and in “All Is True” Branagh plays the Bard of Avon himself.

But Branagh doesn’t just embrace the highbrow. Perhaps surprisingly, he has become a go-to director for big-budget studio movies, ever since 2011, when Marvel’s Kevin Feige let him turn Marvel origin myth “Thor”($449 million worldwide) into a majestic royal melodrama. Branagh introduced not only Chris Hemsworth as the mighty Norse god, but Tom Hiddleston as his evil brother Loki (who Branagh discovered on “Wallander”), who both became linchpins of the “Avengers” series.

The trick with all big-budget studio movies is to somehow steer the ocean liner to port without losing one’s way. Directors are in charge to a degree, but making all the right quality decisions while holding off the wrong commercial considerations is tricky. You can’t win them all. Branagh’s record includes such box office misfires as 2014’s Tom Clancy reboot “Jack Ryan: Shadow Recruit,” starring Chris Pine ($131 million worldwide), which inspired Paramount to send the franchise online.

Branagh has found his groove, though, as a director of British-inflected mainstream period studio vehicles, from Disney’s live-action charmer “Cinderella” (2015) starring his go-to actress Lily James (“Wallander” and the West End’s “Romeo and Juliet”) to Agatha Christie’s “Murder on the Orient Express” (2017), in which he got to play detective Hercule Poirot facing off against a formidable cast including his early theater champion, Judi Dench.

That’s Branagh’s strength. He knows that charismatic characters carry a story, but also that “God is in the details,” he said on a Zoom call from Longcross Studios in Surrey, where he shot 2017 blockbuster “Murder on the Orient Express” and its inevitable sequel “Death on the Nile” (due out on October 17), which he’s editing there now. After “Orient Express” grossed $345 million worldwide, Branagh signed to direct $55-million “Death on the Nile,” which he calls “a very dark, very sexy, unsettling” exploration of romance. This time Branagh’s mustache-twirling Poirot costars with Gal Gadot, Letitia Wright, Armie Hammer, and Annette Bening.

Also shot at Longcross were the elaborate sets for upcoming  “Artemis Fowl,” which has been finished for some time. After Disney acquired Fox, the Irish fantasy was pushed back to May 2020 but will now, due to the lockdown, debut on Disney+ on June 12. Of course, the $125 million “Artemis Fowl” was crafted for the big screen, and Branagh had been excited it would open in the summer.

“In the end, life changed,” he said. “Different priorities kicked in. The pandemic happens, and life has changed for all of us, hasn’t it? Your perspective changes. Disney+ has had an amazing blossoming across this period, and family audiences would seem even more welcoming of new content, new stories … the store is running low on the new stuff. It felt like a natural home had presented itself, a welcome place for us.”

In one of many breaks from the novels, which Branagh over time has condensed into a fast-moving 90-minute rollercoaster, giant dwarf Mulch Diggums (Josh Gad), a compulsive thief and the most entertaining character in the movie, relates the tall tale. “It seemed to me an Irish thing to do, to give the objective truth of the storyteller to the most unreliable character of the film,” said Branagh. “He is a charming combination of deep unreadability and the role of the narrator. It’s the right kind of paradox at the center of this.”

Over the years, Branagh has learned to artfully combine intimate acting with the myriad details of world-building and visual effects. “You have to be patient and not drop out of the process,” he said. “It’s time-consuming and gets overwhelming in terms of all the details.” That includes such seemingly little things as getting right the sound of Holly Short’s whirring wings. “It’s got to be magical, thank you very much,” said Branagh, as did the hero’s wrinkle-free shirt-front. “It couldn’t be a normal shirt. That’s your superhero shirt.”

Branagh relishes the challenge of finding the right “chemical mixture,” he said, for a fantastical adventure that carries a mainstream audience on an entertaining ride that is comfortable and familiar while delivering new eye-popping thrills. “It’s difficult to achieve, how do you get that recipe going?” He leaned into the Irish blarney, “and not letting the truth get in the way of a good story. You don’t give people too much time to think.”

Of course given the chance, Branagh brought back Dench, who projects enormous power as Commander Root, and insisted on riding her own Segway. “We can shoot this with a double,” Branagh told her. “I thought she was going to hit me! She was outraged: to lose the fun of doing that, part of the delight? ‘I’m old and naughty, give me her Segway.'”

While Dench and Gad were old pros who could have some giggly fun on the set, Branagh turned stern headmaster to draw strong performances out of his young leads, who enjoyed swinging around on wires on a chandelier during the movie’s big troll invasion set piece, but were easily distracted. “If you want to do it for living, this is where it gets serious,” he told Shaw during one emotional scene. “This one closeup is all about you and what you feel.”

This Article is related to: Film and tagged Artemis Fowl, Death on the Nile, Disney, Judi Dench, Kenneth Branagh