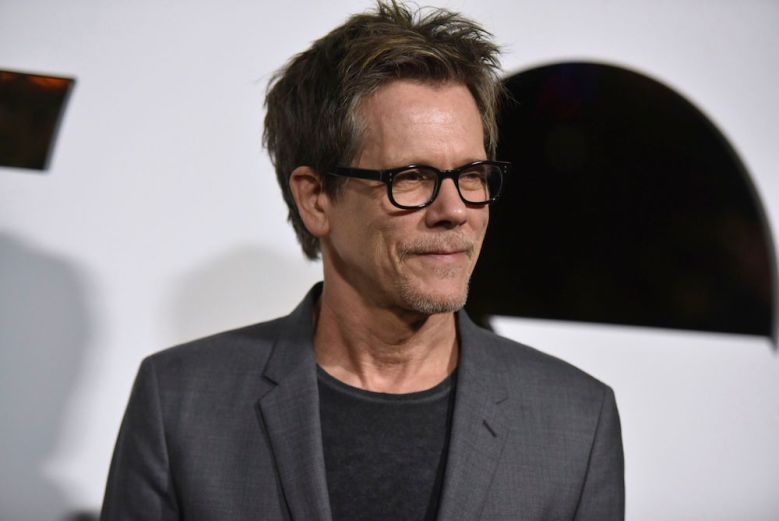 When Kevin Bacon launched the #IStayHomeFor campaign March 18, he was thinking about connections — which is only natural for the man who’s been linked to just about every other person on the planet, usually in six people or less.

“I was kind of a natural fit to kick it off just because of the Six Degrees game that’s been around for many, many years,” Bacon said, referencing the parlor game also known as “Bacon’s Law,” which asks players to find the quickest link between Kevin Bacon and another actor, director, or famous face.

“For a long time, I’ve felt that if you take me out of Six Degrees, there’s actually a really powerful concept there,” Bacon said. “The reason that thing took off and had this incredible hang time has nothing to do with me. We are connected as a species — as people who are all sharing this big boat we’re riding together — and I think this virus is a really strong example of how powerful that connection is.”

As the coronavirus spread, the #IStayHomeFor social distancing movement started on social media as a way to reframe government directives to “shelter in place” or “safer at home.” Bacon asked people to remember they’re not just staying home so they don’t get sick — we’re all staying home so friends, family, and fellow human beings don’t get sick. By asking his Twitter and Instagram followers to name a specific person they’re staying home for, Bacon made the mission personal to everyone who reads those words: I stay home for… who?

“One of the first responses came from people who don’t have the luxury of staying at home because they are on the front lines of fighting this epidemic,” Bacon said, referencing everyone from medical professionals to grocery store workers who have to keep doing their job so the world doesn’t shut down. “These people were like, ‘Hey, that’s great, but we need to be out here.’ So I feel like the strongest idea is that we need to stay home for them. We need to squash this curve so we’re not sending more sick people to the hospital or to the grocery store or to wherever. “

Bacon, who’s now at home with Kyra Sedgwick, his wife, and their son Travis, was in the middle of production on “City on a Hill” Season 2 when production was shut down. He directed the Showtime drama’s premiere episode, marking his first time behind the camera for TV or film since he helmed episodes of Sedgwick’s series, “The Closer,” between 2006-2009.

While he’s focusing on spending time with his family and getting back to “City on a Hill” whenever filming resumes, Bacon expects to see great art come out of our newly imposed restrictions.

“Acting aside, there is the possibility that there will be a lot of art that comes out of this,” Bacon said. “I remember after 9/11, there was a lot of really interesting things that related to it; theater, painting, amazing photography, songs, whole albums from artists as a reaction to this. So if you’re a creative person, to the extent that you can, try to create something. I’m sure there already are people making films on their phones, editing them, and putting them out there. Creative people create.”

At home, Bacon and his family have been enjoying as much creative art as possible, and he listed a few favorites.

“My son turned me onto [the Netflix documentary ’Tiger King’], so I’ve watched a few episodes of that,” Bacon said. “Documentaries are really great because, as an actor, they’re really good research for character work. And those are the type of characters I’d probably be asked to play.”

“We started watching [the Amazon series] ‘ZeroZeroZero,’ and I just love ‘Better Things’ — I love the writing, and it’s just a fantastic show. […] And, of course, ‘Narcos: Mexico’ with Sosie Bacon in the second season. In my opinion, which is not in any way biased, Sosie Bacon just kills it.”

This Article is related to: Television and tagged City on a Hill, Direct, Kevin Bacon, Showtime, Video