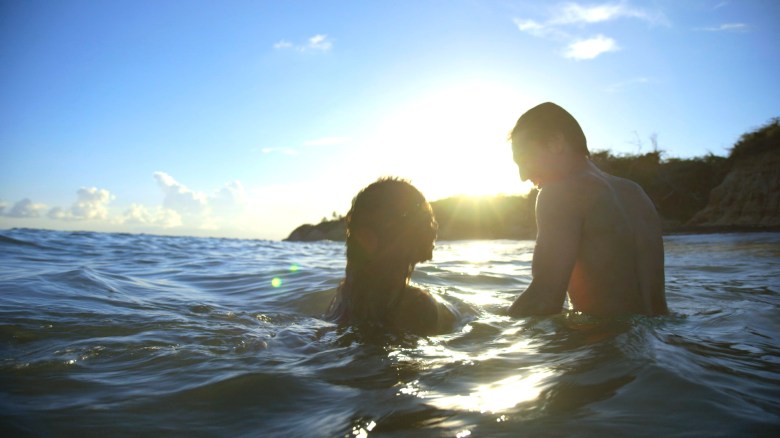 Director Cecilia Aldarondo (“Memories of a Penitent Heart”) was working on a different project when Hurricane Maria devastated Puerto Rico in September 2017. The catastrophe evidenced once more the troubled relationship between the neglected territory and the United States. As a diasporic Puerto Rican, with family still living on the island, she decided to travel there with the support of Field of Vision and carry out “emergency filmmaking.” The result is her latest feature “Landfall.”

“There’s a very big difference in the experience for Puerto Ricans who experienced Maria there and Puerto Ricans in the diaspora who were sort of watching this horror show in the media unfold and not knowing what was happening with our families. And that was where I was coming from. There’s a sort of desperation and impotence that comes from that and I think we were all scrambling to try and figure out what we could do. I’m a documentary filmmaker and I felt one of the things I could do was make a film,” explained Aldarondo during a virtual Q&A as part of the International Documentary Association’s annual screening series.

For Aldarondo’s main subject and collaborator Lale Namerrow Pastor, a local woman, the documentary represents an opportunity to fight back against the misconceptions outsiders have about Puerto Rico and portray the situation in a way that the media, especially in the U.S., didn’t throughout the crisis.

“I think that living here in Puerto Rico, you tend to experience so many things day by day, month by month. It’s been a series of unfortunate events since always. I think when Cecilia and I met it was an instant connection of understanding why she felt the need to tell this to the world, to try to do this documentary. And I understood it was so needed that these stories, our lives, were understood by many other people,” Namerrow Pastor explained. Watch the video of Aldarondo and her team’s interview with TV Editor Kristen Lopez above.

From the beginning, the director knew she wanted to make a film about disaster capitalism. The focus wasn’t exactly “climate change or a hurricane or communities that rebuild after disasters,” but how predatory people take advantage of the chaos and need to make a profit unscrupulously. Economic constraints in Puerto Rico before Maria had accelerated gentrification, and created what Aldarondo describes as a “land rush.” Wealthy people from off-island have exploited the tax laws to buy up real estate, in turn displacing locals.

“The government in the United States and in Puerto Rico have made this fertile ground for these rich white men and women to come here and just take our land, make us feel that they’re doing us a favor…and also there’s also Puerto Ricans, you can see that in the Dorado scene, that are willing to give it all very easily, because this is ‘progress,’ for us not to have our land, to just give away all of our natural resources, that is ‘progress.’ That’s ‘development.’ And that is the problem. That’s the colonial mind that makes us believe that that is progress,” noted Namerrow Pastor.

Aldarondo doesn’t believe in objectivity in filmmaking, and instead embraces the life experiences that shape her perspective of a topic. She doesn’t try to hide the emotional motivation of why she’s engaging with a particular story, but tries to imbue it into the film. In “Landfall,” her invaluable relationship with Namerrow Pastor helped to hold her accountable in terms of the story she was telling and how it was being told.

“If [Puerto Rico] is talked about outside of Puerto Rico at all, it’s very often through marketing as a tourist paradise. And this is a film that insists that Puerto Rico is a beautiful place. It’s an incredible place. And so through those moments, we wanted to really show that richness of this effective paradise, which it is, but also as a way of saying for whom is this place and so we really wanted to, again, like insist that this is a place that really should be first and foremost for Puerto Ricans,” Aldarondo added.