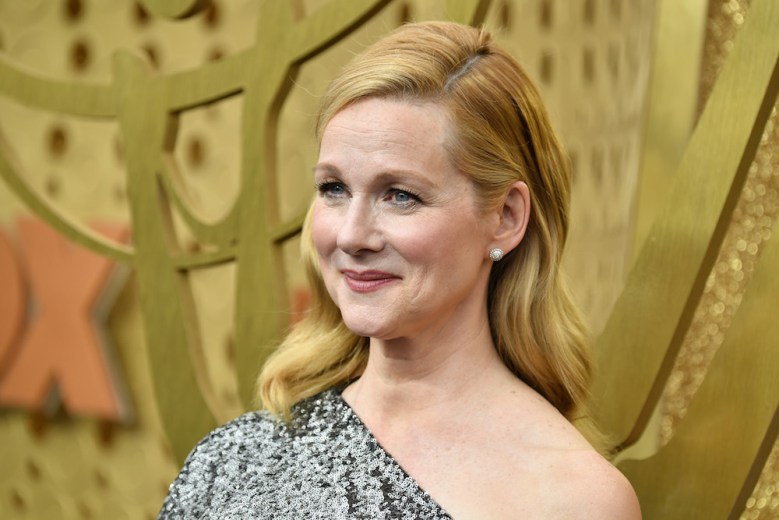 Being distinctive is an undervalued aspect of acting, especially for those performers brave enough to tackle serialized television. Almost everyone able to land a series regular gig can walk onto set and offer generalized emotions — many actors have to cry and can offer the same sorrowful sobs again and again. But how many can imbue those tears with the significance of a particular moment, or the weight of all the scenes that built up to this specific breakdown?

Laura Linney can. She knows that television series are built on cumulative emotions. Each scene stacks on top of the last, just as each episode does, as well as each season. And in “Ozark,” Linney is able to map out her character’s journey every step of the way. Thanks to showrunner and lead writer Chris Mundy, who shares the season’s narrative with Linney before they start shooting, the Emmy-winning actress is able to “flesh it all out” in a way not all actors can.

“I like to have as much information as I can possibly have, and Chris Mundy is incredibly generous — many people are not,” Linney said in the above interview with IndieWire. “There’s a cultural thing in television not to give out information to actors, for whatever reason, I don’t know, other than they’re afraid an actor might have a comment about it or want them to write it differently. But it never makes any sense to me when you don’t give the actors as much information as you can give them, so they can go do their job and craft their work accordingly.”

In “Ozark” Season 3, this became particularly important for Linney and co-star Tom Pelphrey, who play Wendy Byrde and her brother, Ben, respectively.

“You’ll be able to see how an individual scene will help move the narrative forward for the entire arc,” Linney said. “So, say for example, if I’m looking at a scene between Ben and I early on, that’s an opportunity for me to lay some groundwork in our relationship; how there really is a very deep bond there. I know it’s important for me to land that [emotion] there, so later on it will pay off — so that knowledge is embedded in the audience, and they have that moving forward.”

The siblings’ relationship shaped much of Wendy’s Season 3 story, and Linney was able to layer her work so that their climactic scene delivered an unforgettable moment.

That somewhere turned out to be the driver’s seat of the family van, parked on the side of a Midwestern frontage road, right after Wendy made a soul-shattering decision. Without spoiling what’s arguably Wendy’s most pivotal Season 3 scene, it’s safe to say a lot was put on the actress. She’s alone, there’s no dialogue, and the audience has to not only feel the burden of the choice she just made, but the entirety of Wendy’s lifelong connection to her brother, Ben.

“Fortunately, I’ve done this long enough that I know what these scenes are; these scenes that require an enormous amount of emotion, very quickly, under a tight technical requirement,” Linney said.

Despite the consequence of the scene, there wasn’t any extra time given for her to prepare. Television moves fast, with hard timelines and quick turnarounds that aren’t always conducive to an actor’s preferred process.

“I like to be alone during [preparation] time,” Linney said. “Just to stay calm and not get distracted. People know to let an actor be; that it’s hard work; that it’s something that costs a little bit. And you don’t want it to be bad — moments like that can be so bad, they can really be bad. You so just don’t want to suck. You just don’t want to let anybody down.”

It’s safe to say she didn’t. Wendy’s moment in the van has induced awe from critics and spurred discussion among fans. In a season (and series) packed with graphic twists and plenty of action, a short, silent moment of agony stands above the rest — Linney does it with distinction. You’ve never seen her character in such a state, and with such a talent steering her forward, you never will again.