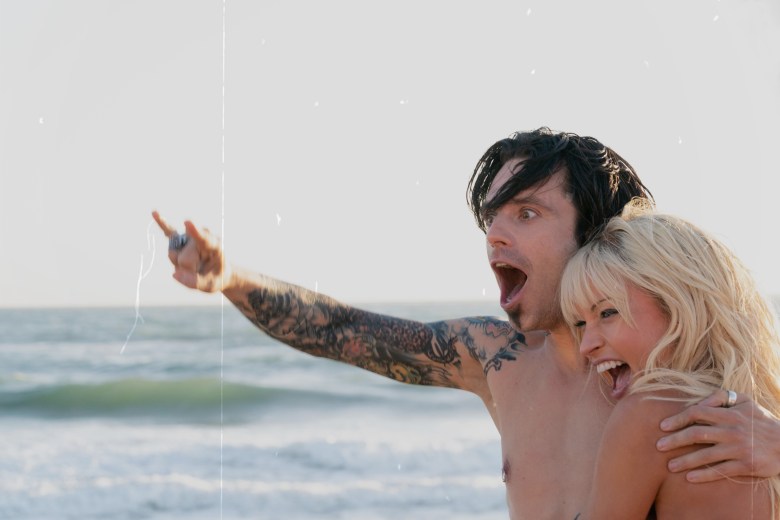 Lily James and Sebastian Stan were nervous. The anxiety began with the mountains of research they faced in an effort to learn everything about Pamela Anderson and Tommy Lee for Hulu’s limited series “Pam & Tommy.” They also learned that they enjoyed the pressure.

“I genuinely feel that fear is a good thing,” Stan said in an IndieWire Awards Spotlight conversation with James. “If we can figure out a way to have a healthy relationship with it, it’s sort of a weird awakening feeling [because] it really does feel like you’re on your toes.”

James noted that her nerves came from fear of “failure; not having the ability to do what’s demanded for this,” she said. “To not be able to capture any essence or any traits and really be believable as this real person that you genuinely want to inhabit.”

Happily, the two earned rave reviews for their performances as the larger-than-life ‘90s stars on the series that followed their happy, rapid courtship — followed by the relationship’s deterioration after a disgruntled worker stole private sex tape from their home. The show is at its best when it zooms out to show the beginnings of concepts like public figures’ right to privacy and the all-consuming internet.

“In the TV show, we were the [constants],” James said. “And with these amazing directors that came in… I felt this great sort of power that we had in that it was ours, we’ve taken on these roles. There was an adrenaline to that. And it [felt] out of control at the best of times in the acting, but in control in this ownership of this thing. That was addictive.”

So addictive, in fact, that the duo remained deeply connected to their characters. Stan and James noted they would check in with each other regularly during emotionally difficult scenes, and also became quite the on-set defenders of Lee and Anderson’s one-time love.

Production would say, “‘we’re moving forward into the show, we need to show how the relationship is getting [negatively] affected by all these things,'” Stan explained. “We’re like, ‘I know, but they really loved each other!'”

“It’s weird,” Stan said later. “You can feel nostalgic about it and then suddenly I’ll have to remind myself, ‘That’s not your life, bro.’ Let them have their life back.”

For more about “Pam & Tommy” with Lily James and Sebastian Stan, watch the video above.