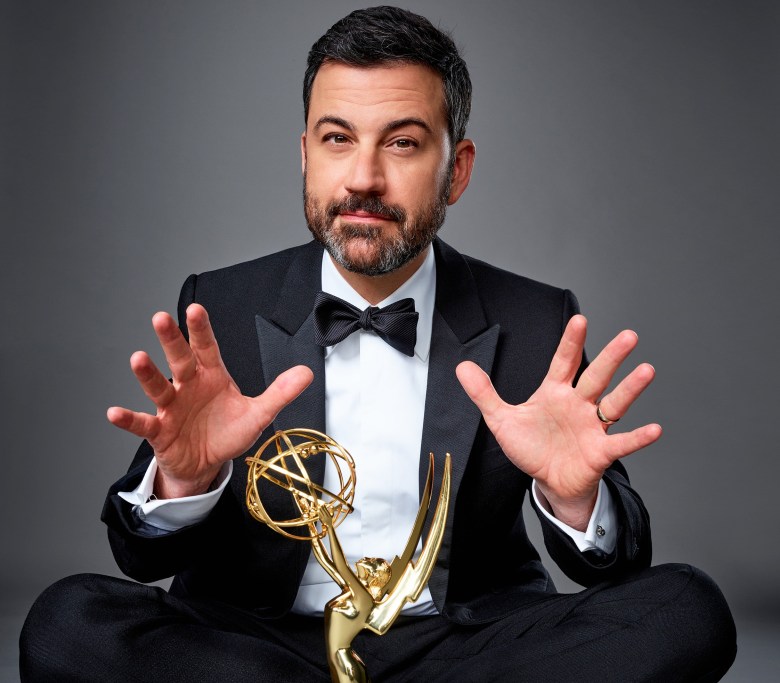 With Emmy voting closing earlier this week, it’s inevitable that the industry’s focus will shift to the ceremonies to come and how, precisely, things will shake out with much of the country still interacting at arm’s length. Few specifics have been released for the Primetime Emmy ceremony scheduled for Sept. 20, beyond the fact that Jimmy Kimmel will be performing at the Staples Center and that the current plan includes some 140 live feeds all over the world, available wherever an Emmy nominee was located, in order to capture their acceptance speech.

On this week’s episode of IndieWire’s TV podcast “Millions of Screens,” hosts Deputy TV Editor Ben Travers, TV Awards Editor Libby Hill, and Creative Producer Leo Garcia discuss their own hopes and dreams for what the event might contain, given the extraordinary circumstances. All of them agree that this serves as a great opportunity to mix things up a little.

“I feel like it’s important for the Emmys to always preserve a bit of the surprise as to who the big winners will be, but I don’t think that those are the only moments that the Emmys are built on,” Travers said. “I don’t think that those are the only things that you can use as pillars for a successful production. And in a year when expectations have to be extremely low, a year after the ratings have already pretty much cratered, they need to get somewhat inventive in order to bring viewership back. They should be throwing everything they’ve got into just putting on a good piece of entertainment, leaning hard into an almost late night/variety special-type presentation.”

“The most important thing for 99.9% of the audience is to just enjoy their night with TV,” he said. “So, let the winners have their time, but I really would have liked to hear them go a little bolder with with how they’re rolling this out.”

“I would consider completely changing the groupings, like giving ‘Watchmen’ its awards all at once,” Hill said, suggesting that the ceremony restructure itself more like the Kennedy Center Honors, where you focus on a single show at a time and share its wins all at once. If TV is highly collaborative, a group of elements and people working together, should be celebrated as such.

“This is a time that you can do it completely differently, a one-off, so it doesn’t matter if it’s weird and bad,” she said.

For his part, Garcia suggested that great craft be celebrated by more great craft, stating that he loved a well-executed montage.

“Let’s say ‘Watchmen’ is gonna win seven or 11 or however many awards they win, to have just a general [montage] ‘These are the awards that “Watchmen” won and here’s why. And we’re going to show you very quickly in this five to six minute video.’ Interspersed with talking heads filmed beforehand, that’s as entertaining as watching Damon [Lindelof] giving a speech from his backyard, I think. And in a way, spotlights all the other craftspeople involved in a way that [producers] would appreciate,” he said.

Hear all about the “MoS” gang’s ideas for if they ran the Emmys on this week’s episode, as well as extensive predictions around who wins those highly-competitive limited series categories as we count down to Emmy night. In keeping with ongoing social distancing mandates, this week’s episode was again recorded from the comfort of everyone’s respective Los Angeles-area apartments, and we’re again offering viewers a video version of the podcast, as embedded above.

Plus, Travers will attempt to prep the rest of the crew on what to expect from HBO Max’s upcoming series “Raised By Wolves,” a tale of two androids attempting to raise human babies on a new planet, which is apparently not as wacky as the premise might suggest. Emmy-winning, Oscar-nominated director Ridley Scott helms the first two episodes and the show promises to provide a lot to talk about with your friends, if nothing else.

This Article is related to: Awards and tagged Direct, Emmys, Podcasts, Video, Watchmen