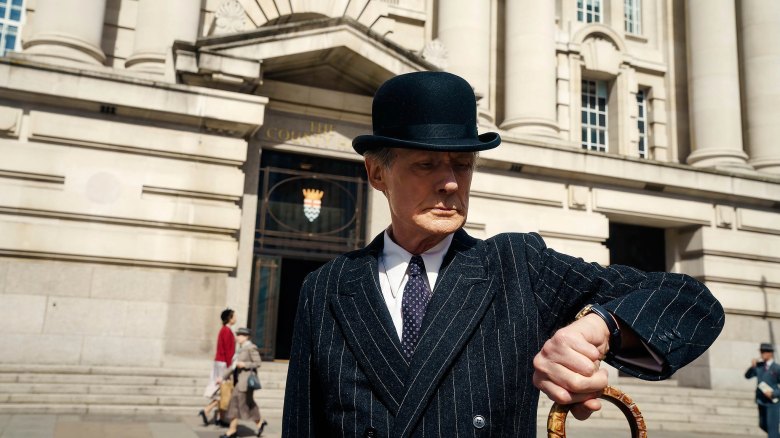 In “Living,” director Oliver Hermanus delivers a new take on Akira Kurosawa’s 1952 classic “Ikiru,” swapping Tokyo for London and Takashi Shimura for Bill Nighy in the lead role. With a script from acclaimed novelist Kazuo Ishiguro, Hermanus said he was brought on board by producer Stephen Woolley, but only after he passed a grilling from Ishiguro.

“They were looking for a director who appreciated not only Kurosawa and ’50s Japanese cinema, but who appreciated British cinema at that time, you know Ealing Studios,” Hermanus said during an interview in the IndieWire Studio, presented by Adobe. “But also what was so great about the start of this journey was Ishiguro and Stephen Woolley, what they really wanted to do is they wanted to make a movie with Bill Nighy and they wanted me to make this film with them.”

Nighy and co-star Aimee Lou Wood also joined the interview, which you can watch in the video above. Nighy says he, too, was vetted for his part, during a dinner one night in London with the producer and screenwriter.

“They spent the evening throwing nerdish film facts at one another, largely about black and white British films between 1930 and 1960,” Nighy said. “At the end of the evening, Ishiguro and his wife, Lorna, said ‘We know what your next film should be.'”

Hermanus says he commences his projects with a challenge. In his debut feature “Beauty,” that was finding empathy for white South African characters during apartheid. “In ‘Living,’ the challenge was I have no real relationship with the concept of death. I’ve never really fully spent time thinking about what this would be like for me,” he said. “Visually, the challenge to create that level of precision was I decided that I had an obsession with top shots, and I just wanted to see how many top shots I could fit into this film.”

Nighy and Wood found a way in through a love of each other’s characters. Wood plays Margaret, a young woman working in the government office led by Nighy’s Mr. Williams, who helps the boss break out of his shell following a terminal diagnosis.

“I also find my character Margaret super aspirational, I relate to her in a lot of ways, but I also find her ability to be present and to find the extraordinary in the ordinary and to really live just so beautiful,” she said. “I really enjoyed being her for the 10-minute self-tapes (to audition for the part) and I thought ‘I would like more of that.'”

For the self-described procrastinator Nighy, one fascination with Williams was his role in a bureaucratic system that seemed designed for procrastination, where proposals come to Williams’ public works office to die.

“It’s not often you get a long role playing someone who’s just simply straightforward and decent. In this case, I also approached him as someone who I figured was institutionalized in grief. When his wife died very early on, something was arrested in him,” Nighy said.

Wood, known for her effervescent role in “Sex Education,” said one challenge was to play Margaret with a joyfulness that doesn’t venture into “Disney princess” territory.

“Honestly, put me in front of Bill, and I was just so excited to be there. I think that helped,” she said.

And the on-screen chemistry with Wood was natural for Nighy, too.

“I’m being cute, but it’s true: When you’re acting with Aimee Lou Wood, there’s nothing you can do — she’s just irresistible,” he said. “It was happening live as you see it. She is contagious, infectious, and enchanting.”