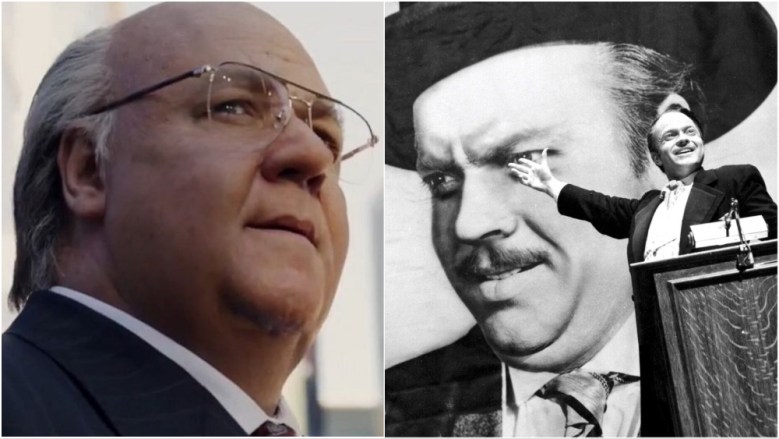 Journalist Gabriel Sherman spent years interviewing over 600 insiders to write the definitive history of Fox News and its founding chief Roger Ailes for his 2014 book “The Loudest Voice in the Room.” In 2016, then reporting for New York Magazine, Sherman broke many of the stories surrounding the onslaught of sexual harassment accusations that brought down Ailes from the powerful perch he had created at the cable news outlet.

When Sherman was a guest on the Filmmaker Toolkit Podcast, he talked about the process of adapting his reporting into Showtime’s “The Loudest Voice,” starring Russell Crowe as Ailes. Serving as a writer/producer, Sherman played a key role in deciding how to break the non-fiction story into the dramatic seven-part limited series.

In some respects, according to Sherman, it was an easier adaptation than one might imagine. “I’d always seen Ailes as a cinematic character from really the beginning of the book,” said Sherman. “He was this real-life Citizen Kane.”

Like cinematic dynamo Charles Foster Kane (Orson Welles), Ailes was defined by not only a troubled childhood, but how he narrativized those traumatic events to define his own creation myth. As you can see in the video above, Sherman went back to Ailes’ hometown of Warren, Ohio to discover an enormous gap between the reality and Ailes’ idealized version of his childhood and the Midwest town he grew up in.

“He came from this shattered home,” said Sherman. “It was almost like he had to recast this childhood in this way that was triumphal, in a way that explained how he became so paranoid and vindictive and ruthless.”

Like Kane, Ailes was also a propagandist — but one who was well-schooled in the craft of filmmaking and producing, having come to politics and news from the world of entertainment. Said Sherman, “That will be among Ailes’ chief legacies, … bringing entertainment auteur values to propaganda.”

To watch how Ailes was a cross between Leni Riefenstahl and a studio boss, much like Louis B. Mayer during Hollywood’s Golden Era, watch the video above. To hear the full conversation subscribe to the podcast below.

This Article is related to: Awards and tagged Filmmaker Toolkit Podcast, Podcasts, The Loudest Voice, toolkit-podcast-116