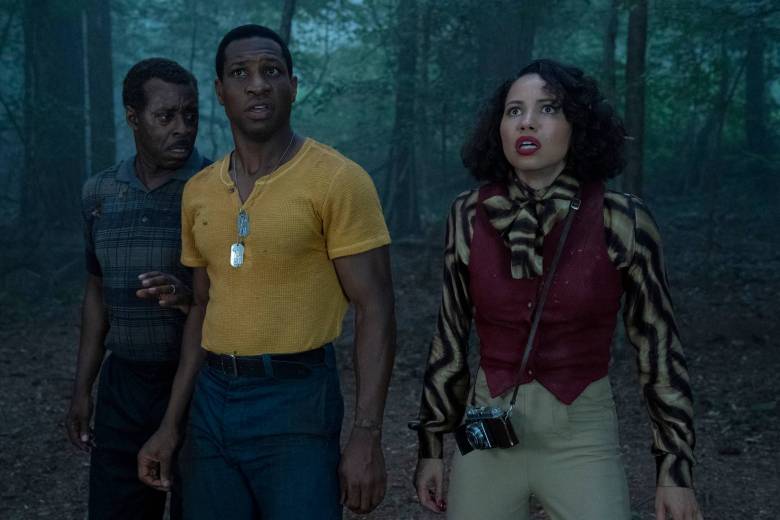 Consider This: Conversations highlight television’s award-worthy productions through panel discussions with the artists themselves. The above video is presented by HBO, produced by IndieWire’s Creative Producer Leonardo Adrian Garcia, and hosted by Chris O’Falt.

Misha Green’s HBO horror drama series “Lovecraft Country” is a journey through the segregated 1950s and the Jim Crow South. What was interesting in the above panel discussion with three of the artisans who collaborated with Green on Season 1 was how many of their craft choices were rooted in bringing this history of racism to life. “All of the artists,” said production designer Kalina Ivanov, “we really had to work our way through what someone called the topography of racism.”

Editor Marta Evry pointed to a key sequence in the pilot episode as example. It was a scene she and Green worked on for six months, including doing storyboards and reshoots, because the “Lovecraft” creator was so focused on getting at the emotional subjectivity of what it felt like to have your life threatened by a racist police force. In the scene the series’ three protagonists are caught outside, as the sun was starting to set, by an evil sheriff.

“This was based on things that really happened, ‘Sundown’ counties really existed, and the rules of this was if you were caught in a town that was a sundown town they felt they had the legal right to lynch you,” Evry said. “The stakes were very high, so when they are caught by the sheriff, who is a monster without being supernatural, they are given an untenable choice: If you get out of this town by sundown, we’ll let you live, however, if you speed we will pull you over.”

As you’ll see in the video above, the final cut of this scene is not a typical action sequence — which is how it was originally shot and edited. Evry made the connection to Green’s writing background, and compared the extended process of editing the sequence to a rewrite, where the two collaborators kept noodling with it until the psychological terror of what it felt like to be in that car rose to the surface.

That intersection of a real history, genre-fantasy, and craft were an enormous part of how Ivanov approached the creation of the Lodge location in Episode 2. “I was trying to figure out how to create an architectural style that actually captures the evil in the great white family, without being Middle Ages, [or some] obvious solution,” Ivanov said.

What the production designer decided to do was create her own architectural style by combining the Tutor style of the real life location and augmenting it with a dome (which was scripted) in style of the grand homes of the American Robber Barons, specifically the Biltmore estate.

“I really love the idea of these two periods that are marked by terrible men, Henry VIII and the Carnegies of the world, who truly were abusing people in every possible way because it was the most naked capitalism we had  — [they] made themselves rich on the backs of poor people,” Ivanov said. “Combining these two styles became a really interesting statement, and yet it’s very fanciful at the same time — it’s a pleasing mash-up.”

To add the dome and second architectural style to the real Tudor location, the production designer collaborated closely — like most departments on “Lovecraft Country” —with Visual Effect Supervisor Kevin Blank. “There were 3,500 [visual effects] shots in the show,” Blank said. “If everybody on the show was juggling, I sort of felt like my job was to run and catch every time someone had one slipped ball, just to keep it in rhythm.”

During the panel discussion, both Evry and Ivanov talked about the incredible ways their work was elevated by Blank. Like the dome in Episode 2, Evry highlighted how the emotional climax of the Episode 4 was achieved by ghosts Blank artfully brought to life.

Blank said his biggest challenge was the “Chrysalis Effect” — this was when in Episode 5 Ruby (Wunmi Mosaku) wakes up as a white woman (Jamie Neumann), but as the potion/spell wears off, she sheds her white skin and transforms back into Ruby. Doing this as a pure makeup effect would have been impossible — both in terms of continuity and prep time — because it was important to Green to see the process of skin shedding, and Neuman transitioning back into Mosaku. Blank came up with a solution where the base of the shot would be a tangible makeup effect, but the transition then would be CGI.

“What I was really after was having Jamie Neumann, the actress, having the ability to physically pull on her skin and not be pantomiming,” Blank said. “I think that process created a world where Jamie could be more authentic with she was doing.”

As you’ll see in the video above, Green pushed Blank and the effect to whole new level in Episode 8, when Green, who directed the episode, wanted to repeat the Chrysalis Effect in a long, moving shot where two characters were involved in an intense sex scene.

“Lovecraft Country” is available to stream on HBO Max.

This Article is related to: Television and tagged Consider This Panels, Direct, HBO, Lovecraft Country, Video